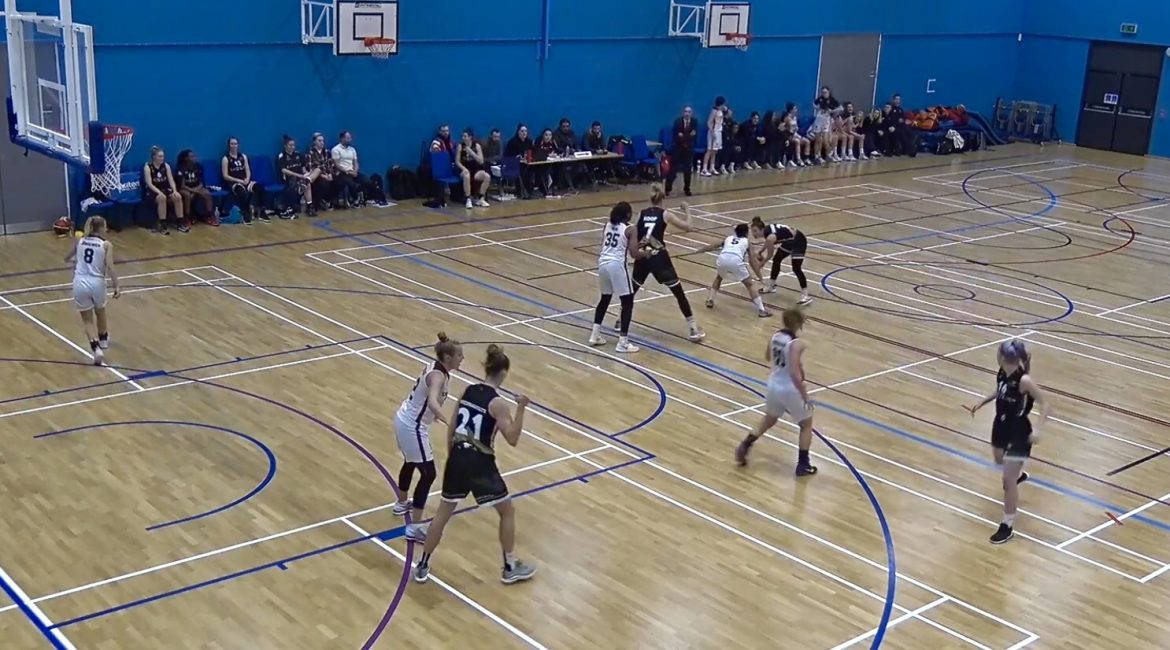 The Swiss star bagged 21 points and dished up 11 assists as Chris Bunten’s side cemented second spot in the WBBL.

And Simioni was one of four Newcastle players to claim a double double as the Eagles stretched their winning streak to five games.

The visitors got off to a flier and claimed a one-sided first quarter 17-5 – shutting out Cardiff for the final seven-and-a-half minutes of a punishing period.

Simioni was bossing it at both ends of the court and one of the WBBL’s most consistent performers laid a solid foundation for victory.

The Archers battled their way back into contention on the back of a convincing second quarter.

But Newcastle led 33-22 heading into the break with Simioni adding five assists to her 12 first half points.

And perhaps the only surprise was that All Star pair Mante Kverderaviciute and Georgia Ohrdorf were flying under the radar following the previous weekend’s heroics.

Cardiff’s second quarter steel gave way to complete surrender after the break as the black and whites won the third period 30-11.

And Ohrdorf began to make her considerable presence felt as she edged towards a typically efficient 15-point, 12 rebound double double.

Bunten was able to use all 10 players ahead of next weekend’s crunch WBBL Cup clash against Manchester Mystics at the Eagles Community Arena.

And the Newcastle playcaller was in a position to limit Kverderaviciute to just 22 minutes on an afternoon when sensible game management was key.

The Eagles closed out a comfortable 36-point win on the back of a 21-16 final quarter with Koop claiming 12 points, 10 rebounds and three blocks.

Fuchs-Robetin finished with 14 points and a mammoth 10 defensive rebounds to underline her value to a fast-improving roster.

And next Sunday’s hotly anticipated clash against the Mystics (1pm tip) can’t come soon enough for a side quite capable of competing for silverware this season.