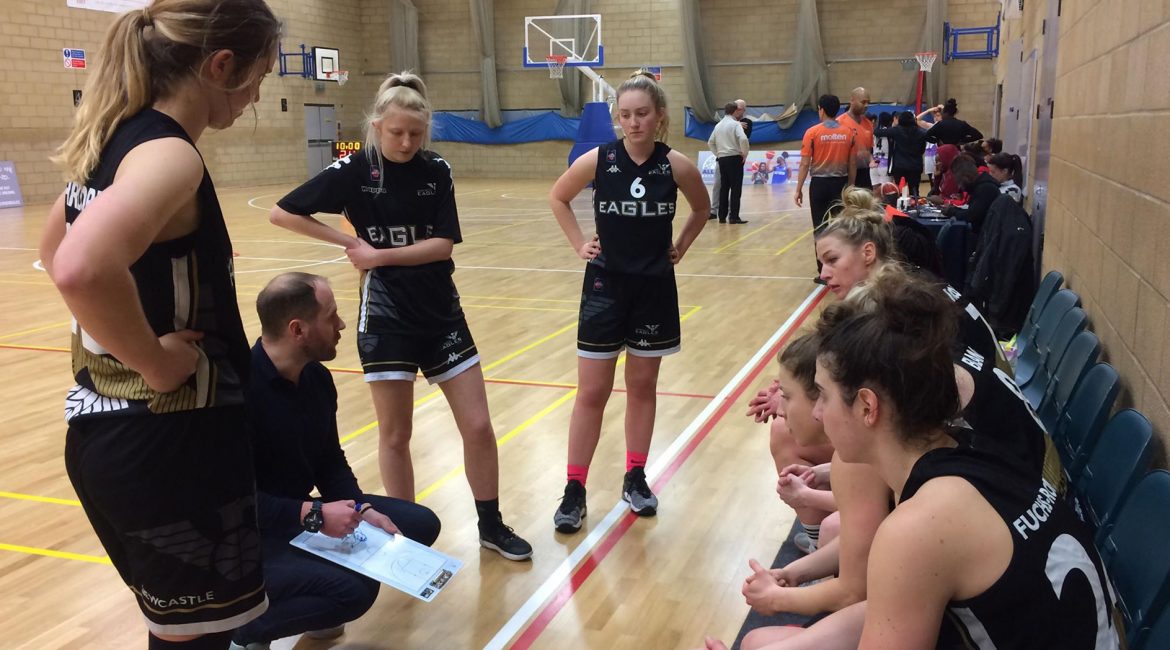 The Lithuanian sat out a 54-47 win with veteran Rachael Bland stepping in to play 35 minutes on the road.

And Newcastle survived a nervy final quarter to claim the victory that keeps Chris Bunten’s side in touch with the WBBL Championship’s top two.

A double double of 13 points and 11 rebounds from in-form centre Lisa Koop enabled the visitors to see off a determined Lions roster.

But the Eagles shot just 33 per cent from the field and hit just two of their 15 three-point attempts as Bunten’s side endured a rare offensive off day.

Third-placed Newcastle went into the fixture as hot favourites to sentence London to a second defeat in seven days.

And for the second week running the Lions looked capable of springing a shock against this season’s surprise package.

The hosts trailed by four after the first period and by six at the half as the Eagles struggled to shake a well-drilled team.

Newcastle’s poor shooting had allowed London – without a league win all season – to stay in touch.

And there were times when Kvederaviciute’s all-round game was sorely missed against a London roster looking for a big second half.

With the Eagles wobbling, Clark’s side took the third period 23-19 to set up a nerve-wracking final quarter.

Both teams felt the pressure down the stretch and Newcastle managed just seven points in 10 minutes.

But the Lions could only manage to score two points during a stifling fourth period as the Eagles turned the screw at the defensive end.

If it was far from pretty as the clock ticked down then Bunten will have been delighted to see his players battle hard for the win.

And a 10th Championship victory of the season keeps Newcastle on course for a top four finish with a trip to Essex Rebels next up on Saturday.