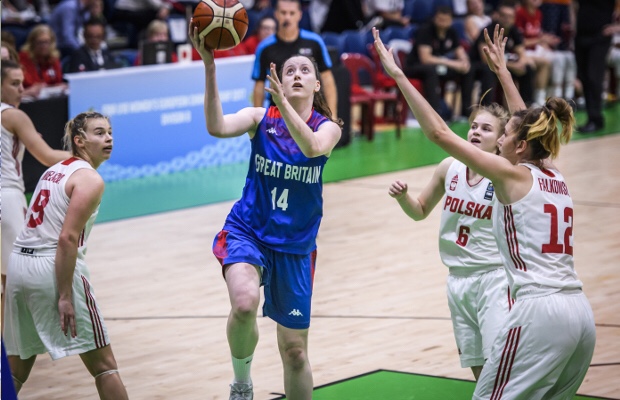 One of Great Britain’s brightest junior stars has signed for Newcastle Eagles WBBL with the new season less than a week away.

Under 18 international Maya Price looks set to make her debut for Chris Bunten’s side at Caledonia Pride on Sunday.

And the talented teenager can’t wait to make the step up to top flight hoops after fearing for her future on Tyneside.

“In the end the situation has turned out just as well as I’d hoped for – if not better,” said the former Ipswich forward.

“But when I read about Northumbria University’s decision to disband its national league programme earlier this summer I feared the worst.

“I’d already committed to studying at the university and I wasn’t sure what was going to happen.

“But I had a few conversations with Chris and when Newcastle Eagles stepped in to save the team I was delighted.

“It’s so exciting to be part of a club that’s achieved so much in the men’s game and has such a strong reputation nationwide.

“I feel as if I’m part of something much bigger. I just can’t wait to get started.”

And scouts from across the UK and America kept tabs on her progress for Ipswich in NBL Division Two North last season.

Bunten was among them and suggested Price considered studying for a degree in Sport and Exercise Science at Northumbria.

“I made a couple of visits to the North East and decided to study at Northumbria University,” added the 18-year-old.

“I’d done some research and come across coach Bunten and seen the work that he’d done with Team Northumbria.

“I really liked what I saw and was fully committed to the programme from day one.

“I’d decided that a college career in America wasn’t really for me but I wanted to find the right fit in England.

“And it looks like I’ve landed on my feet at Newcastle Eagles WBBL.”

Newcastle Eagles WBBL open their account at Caledonia Pride on Sunday (1pm tip). Bunten’s side are in action at home for the first time on Saturday October 6 when they host Sheffield Hatters.