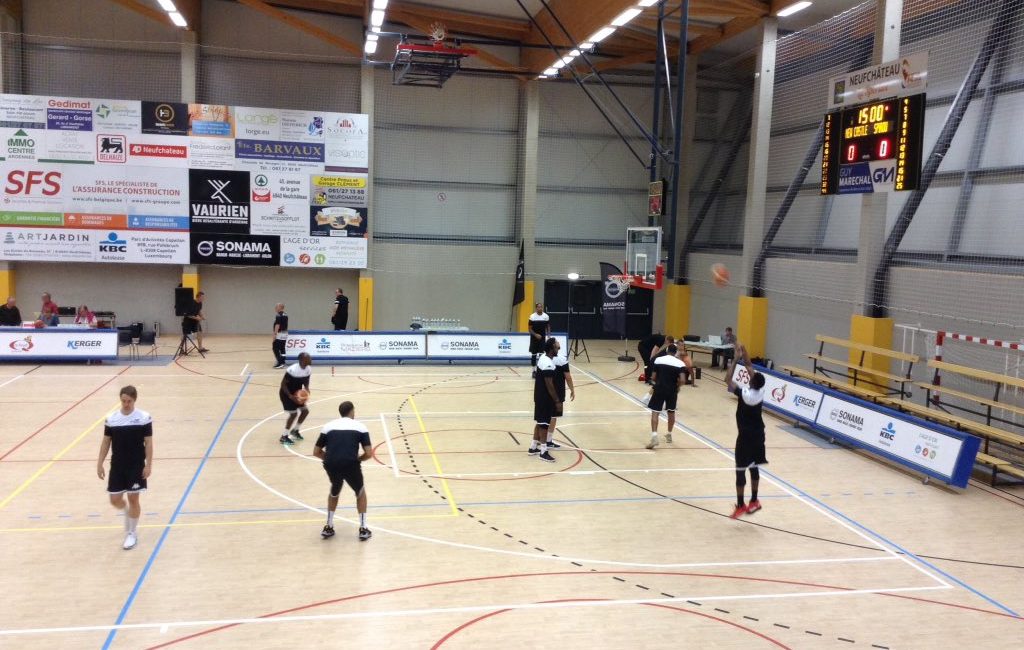 Crelon Okapi Aalstar to give them their full name finished fourth in the Belgian Millionaires League last season and lost in the semi-finals of the play-offs. Another tough test for our Eagles again tonight.

It’ll be another great opportunity for the guys though as they are a different type of team to Charleroi, younger definitely and on paper not as big and physical across the roster although they do have two very bigs!

Only the four Americans this time. Jonathan Williams (where have I heard that name before?!) a 6′ 3″ guard that played for the University of Toledo before averaging 14.6 ppg in his rookie professional year in Poland.

Brandon Rozzell a hot shooting high scoring 6′ 2″ guard that has led the league in scoring in both Sweden and Denmark in previous season’s and brings his talents to Belgium.

Two rookies follow. Mike Laster is a 6′ 5″ guard out of Ohio University who looks like a scorer and 6′ 7″ forward Zach Thomas whom I’m very much looking forward to seeing.

I saw and remembered him playing for Bucknell University last season on TV in his senior year where he averaged over 20 points a game and 9 rebounds. He looks an immense talent.

Next up is 6′ 10″ Dutch International centre, Thomas van der Mars who has spent the last two seasons in the high quality Estonian League.

Senne Geukens is a vastly experienced Belgian 6′ 4″ small forward that’s had a solid career in his home country and he’s joined by fellow Belgian, Gilles Dierickx a 7′ 0″ centre who played in Germany’s Pro-B last season and has returned home for his first Belgian season.

Aalstar’s main roster is completed by 6′ 1″ point guard who holds dual Belgian and Cuban nationality! He’s a former Charleroi player too and will be keen to emulate his former team-mates.

I’m sure there will be a smattering of younger Belgian players that will also see some court time but the ones above I would suspect will be the main ones our guys have to contend with.

It’s going to be another tough test but one where we need to concentrate on ourselves and our game and take the opportunity to grow together once more.