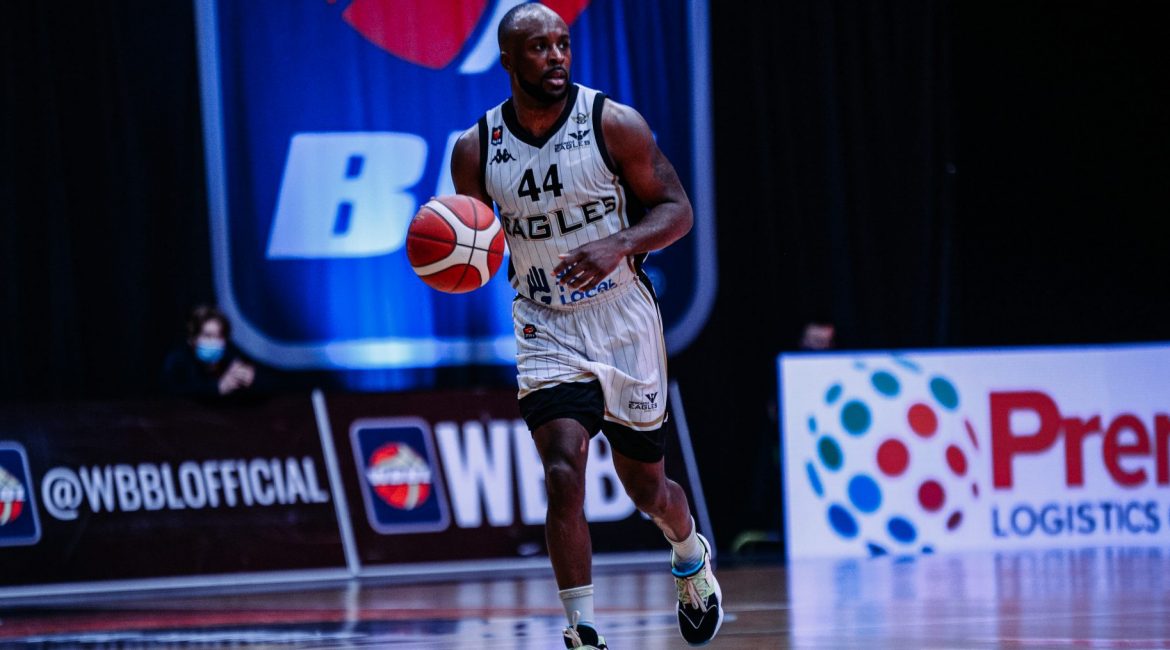 Rahmon Fletcher is ready to ride this season’s emotional rollercoaster one more time after insisting nothing is beyond comeback kings Newcastle Eagles.

The two-time league MVP leads his side into tonight’s BBL Playoff final in the form of his life following last week’s semi-final win against league champions Leicester Riders.

And Fletcher insists Newcastle can upset second seeds London Lions in a showpiece final for the second time in five months and cap an incredible campaign with another statement win.

“This season hasn’t been normal in any way, shape or form and that’s what makes our achievement so special,” said the 32-year-old point guard.

“There was a time when we didn’t think we’d play basketball at all. Then, when we did get going, players went down with Covid, practices were disrupted and we couldn’t spend any time together off court.

“There were no fans to get behind us but we just had to knuckle down.

“The unique corcumstances meant that every team in the league was fully focused on basketball and every game we came up against a group of players giving it their all.

“We’ve experienced a real rollercoaster of results and emotions but we always had the playoffs in our sights.

“We knew that once we got there everyone was back to zero.

“Beating Leicester over two legs in the semi-finals was extra sweet given the rivalry between the two teams.

“And now I’m looking ahead to the final and I realise that from an emotional and mental standpoint I’ve never been though anything like this before.

“In that respect this has to rank as the most remarkable season of my Eagles career.”

Fletcher has reinforced his reputation as a clutch performer in the playoffs and faces London averaging 21 points and eight assists in the post-season.

Incredibly, he hit 61 points and dished up 16 assists in back-to-back semi-final shows of strength against Leicester.

And the Lions must fear another big-game blowout from one of the BBL’s greatest players of all time.

“This is the eighth time we’re playing London this season,” added Fletcher. “So there won’t be too much pre-match preparation required!

“I think it’s safe to say we know just about everything about them and they pretty much know all there is to know about Newcastle.

“The coaching staff know each other inside out and there’s a huge respect between the two organisations.

“We don’t hate London. We want to beat them but we respect them. And I know that respect is mutual.

“There might be some trash talk come tip-off and there could be the odd technical foul flying around once the game gets underway.

“But that’s just two teams competing at the highest level, determined to win.

“The fact that it’s Newcastle versus London makes this a very special final.”

The BBL Playoff final will cap a very special day for both clubs with Newcastle and London contesting the WBBL final earlier in the day.

And Fletcher revealed the Eagles’ women’s team has inspired the men to be the best they can in the post-season.

“In the end we just didn’t want to let the WBBL team down,” he explained. “We wanted to share their special day with them.

“They made it past the number two seeds to make the semi-finals and that meant we had to match them.

“Then they knocked off the top seeds and we came into practice the next day and agreed we needed to do the same.

“The women’s success was a huge motivation for us heading into the Leicester tie.

“Of course, it’s going to be an incredible day for the organisation and given everything that’s happened during the last year it’s an amazing story.

“We’d love for our fans to be there but at least they can watch the drama unfold on TV. Two Newcastle-London finals should make for fantastic television.”

Both May Madness Play-Offs Finals are live on Sky Sports Arena and free to view on Sky Sports Mix as well as via the Sky Sports YouTube Channel. The WBBL final tips off at 3pm with the BBL final due to start at 5:30pm.