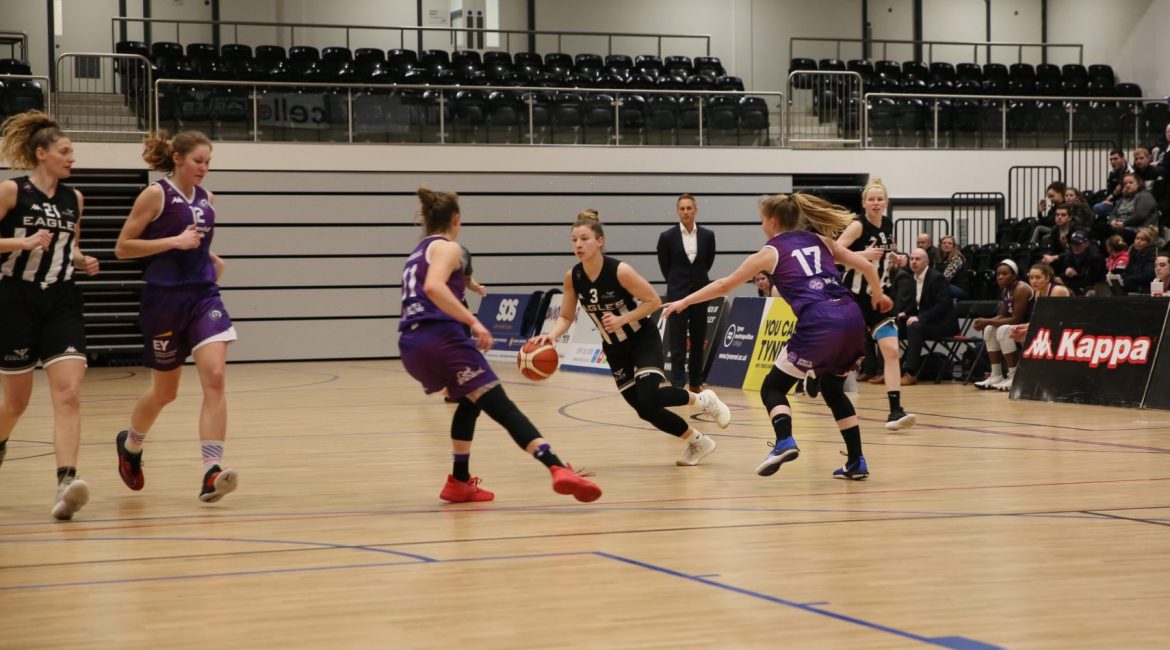 Simioni sits second in the WBBL rankings for assists after dishing up 8.42 scoring passes per game this season.

And Bunten lauded the point guard’s leadership skills ahead of what promises to be a typically feisty affair against the fourth-placed Wildcats.

“Giulia has gone from strength to strength since arriving in Newcastle” he said.

“During the summer I challenged her to step up to the plate as our captain and she’s grasped the opportunity with both hands.

“Giulia is so consistent and always sees the right pass. I’d like her to score more – which I know she can do – but one of her strengths is her unselfish approach to the game. I need a leader like Giulia on court every week.”

Bunten is convinced Newcastle can sneak into the WBBL’s top four between now and the end of the regular season.

And that would mean securing homecourt advantage at the Eagles Community Arena come playoff time.

But it is Nottingham who currently occupy fourth spot with a 9-4 league record compared to Newcastle’s five wins and seven losses.

“It’s going to be a big ask but we have targeted the top four and to do that we need to win our home games,” added Bunten.

“Nottingham have a few injuries and they face Manchester on Saturday so we need to make the most of any advantage that might give us.

“But in Jasmine Joyner and Chelsea Shumpert they have two of the best players in the league and we need to be aware of that.”

Joyner leads the league in rebounding after hauling down an average of 15.5 boards per game.

And Shumpert is the WBBL’s leading scorer – notching more than 23 points per game for the Wildcats.

Eagles forwards Kara Bonenberger, Steph Gandy and Maya Price will have their work cut out to claim their fair share of possession under the glass.

And Simioni will need to join forces with Rachael Bland in a bid to shut down Shumpert.

But Bunten added: “We are at full strength and we’re coming into the game on the back of two hard fought wins.

“If we are going to challenge for that fourth spot then we need to be beating those teams around us and that starts with the Wildcats this weekend.”

Sunday afternoon’s top-flight clash tips off at 1pm. Tickets are available in advance online or on the door and are just £5 per person which is reduced to £2.50 for Eagles BBL season ticket holders.