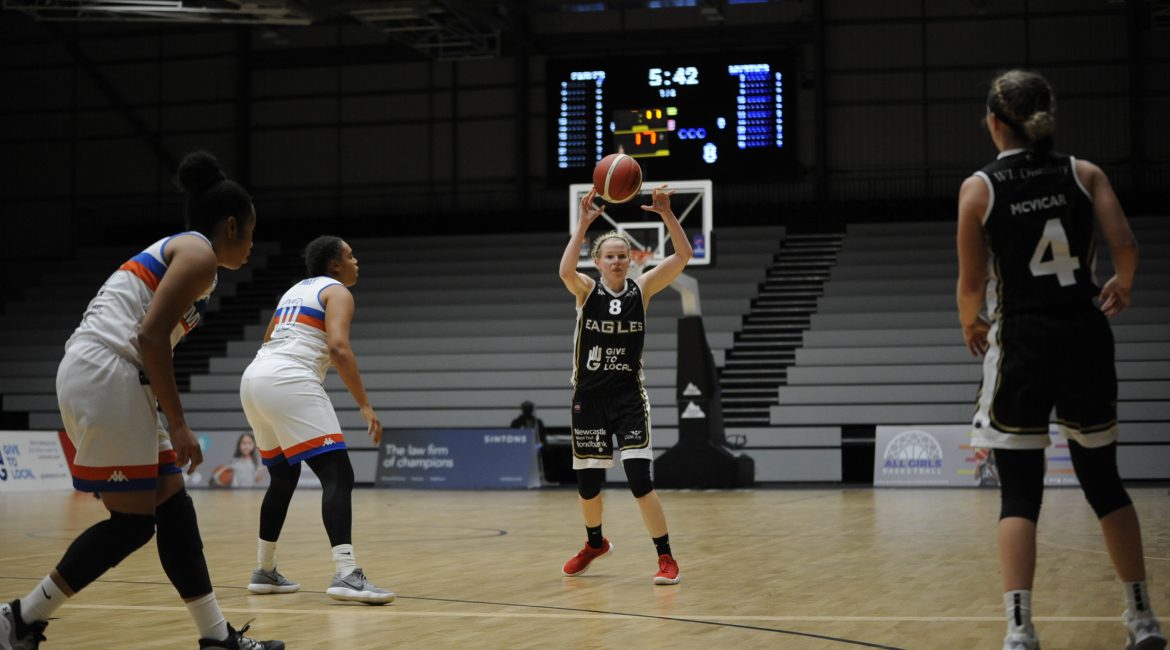 Newcastle have their eyes on the prize tonight as the WBBL Trophy opens up a much-needed route to redemption for the embattled Eagles.

Chris Bunten’s side has lost nine of the last 10 games in all competitions and endured back-to-back defeats last weekend.

But the visit of Manchester Mystics in the Trophy quarter-finals offers a potentially season-saving shot at glory for a Newcastle team desperate to end a horrible run.

“We targeted this game some time ago as the match that could make or break our season,” said Bunten.

“We’re in the more favourable half of the draw and we’ve already beaten Manchester this season.

“I don’t like losing games of basketball but if I’d been offered just one win in February then this is the one I’d have taken.

“As a team we’ve come through some serious adversity this season but we’ve been working towards the Mystics tie for a number of weeks.

“I was hoping we’d peak this week and in terms of performances we hit a season high on Sunday against London Lions.

“We lost the game but the players won my respect. They played as one, stuck to the game plan and probably didn’t deserve to be on the losing team.”

Newcastle last won at Oaklands Wolves on January 23 but the Eagles had chances to close out each of their last four matches.

“The Trophy tie is a chance to prove we can mix it with the best teams in the league.

“London was the start of that and I think we showed glimpses of our potential throughout that game.

“We weren’t prepared to sink as low as we did against the Pride the day before. As a group of players we agreed that the performance up there was unacceptable.

“Sunday was the right response and filled us with confidence heading into the Manchester match.”

Bland’s return to action has been a huge boost to a Newcastle team running out of time to salvage a disappointing campaign.

But the guard’s return has coincided with an injury to Ruth Thornley.

And Jorjah Smith’s absence for the majority of the London clash once again left the Eagles short-handed.

“Jorjah should be able to play a bigger role this week,” added Bunten.

“She had a horrible blister on her big toe that popped towards the end of the Pride game.

“She tried to run it off against London but she was in agony.

“It’s more or less cleared up now so that’s an extra body that we badly need against Manchester.”

Newcastle defeated the Mystics in November before Manchester exacted revenge the following month.

The Eagles have lost both Mante Kvederaviciute and Lisa Koop since the last time the two teams met.

“If we work together and stay focused then we know positive things can happen,” added Bland.

“We’ve proved that we can hang with the big teams before this season and we need to do that again.

“We have a lot of talent in this team and we need to believe in that and believe in ourselves.

“Of course, Manchester pose a challenge but our target is to make the semi-finals.”

Tonight’s clash tips off at 7pm live on the Newcastle Eagles Box Office.