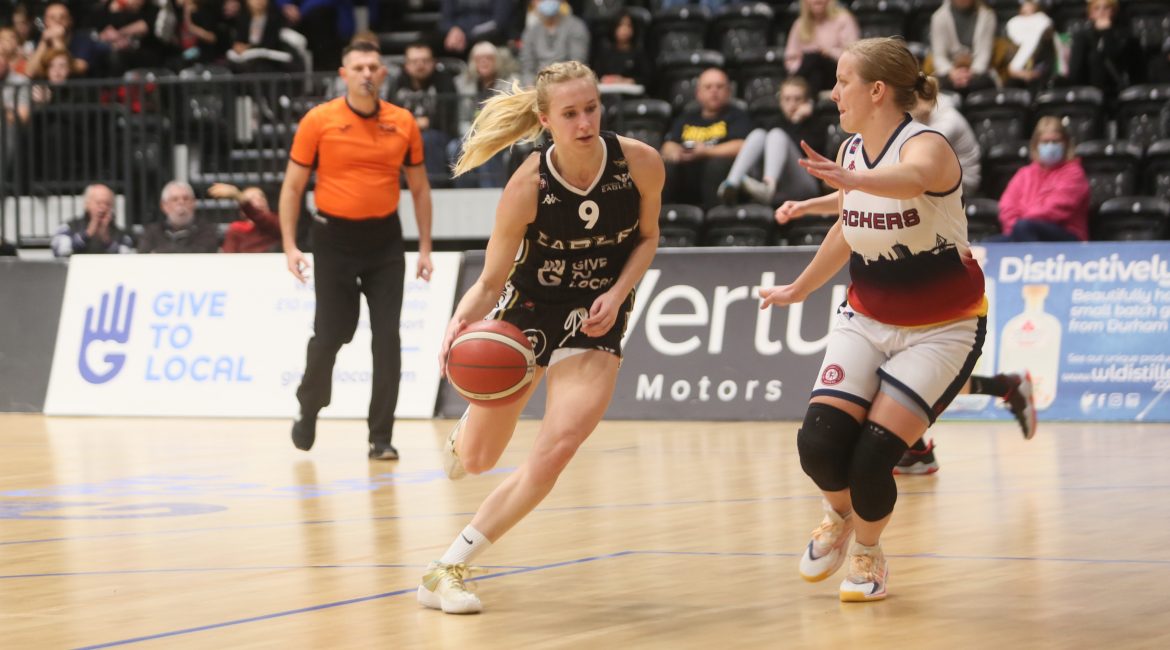 Abby Lowe insists Newcastle have nothing to lose as the Eagles bid to become the first British side to defeat London Lions this season.

The returning favourite rejoined the women in black this week determined to play her part in a fresh playoff push.

But Lowe admits nobody expects Newcastle to put a dent in London’s formidable 8-0 Championship record — not least the high-flying Lions.

“We go in as underdogs but that’s a position that always suits Newcastle,” said the 24-year-old wing ahead of tonight’s [Saturday] clash.

“Look at what happened when we went on that run to the playoff finals in 2021.

“We really have nothing to lose against London and we can just go out there and play with freedom and have some fun.

“I was absolutely thrilled when I saw London could be my first game back! Talk about a tough match back in Newcastle.

“But credit to the Lions. They have a really deep roster and boast a bench that would be a starting five at any other club.

“There are no expectations as far as an Eagles win is concerned but that’s not to say we won’t give them a run for their money.”

Social media exploded with the news that the Lions had parted company with one of the league’s most dynamic backcourt performers.

And Leonard didn’t hold back as she alleged head coach Mark Clark had sacked her for requesting more court time.

“I saw the situation unfolding last week and of course it turned into a real source of clickbait once Kennedy commented,” added Lowe, who faces a race against time to gain clearance to face the Lions.

“But I don’t know the ins and outs of what happened down there and so I can’t offer an opinion.

“I know everyone’s still talking about it and of course it’s going to be a big story but it doesn’t affect our game this weekend.”

Lowe is right to play down one of the most controversial moves in WBBL history.

But behind the scenes Newcastle will be hoping London’s off-court problems will unsettle a side that’s been in imperious form all season.

And the hosts will be ready to capitalise on any lapses in concentration from the visitors as Noelia Cacheiro’s side bids to bounce back from last weekend’s bitterly disappointing defeat to Leicester.

“The team I’ve come into is more than capable of launching a strong run towards the playoffs,” added Lowe.

“It’s a really strong roster that’s been doing a lot of things right all season so it’s just a case of continuing to progress between now and the summer.

“I’m just so excited to be back working with a fun group of people who I know very well.

“I will do whatever I can to help but the fact remains this team has been doing ok for some time now.”

Tickets for tonight’s Vertu Motors Arena clash (7.30pm tip) are available from the box office and on the door.