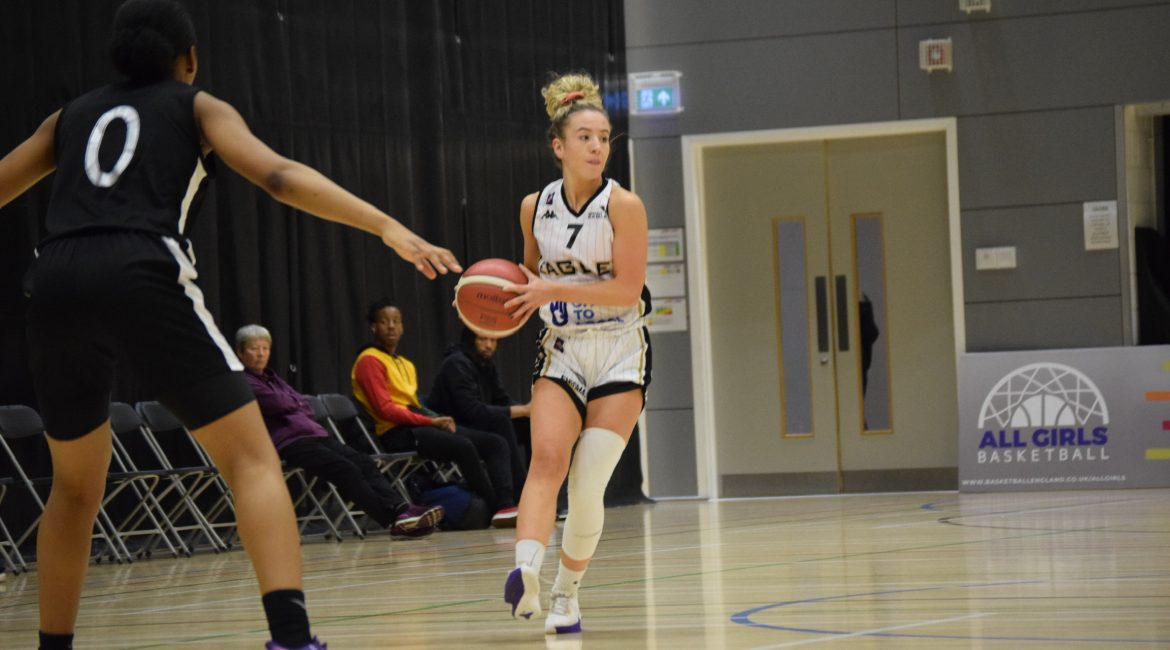 Jessica Eadsforth-Yates has warned Newcastle’s WBBL rivals to expect the real deal after revealing the Eagles have rediscovered their on-court identity.

And ahead of tonight’s homecourt clash against Cardiff Met Archers, Eadsforth-Yates admitted Newcastle’s players were becoming sick of playing below their potential.

“We’d kind of had enough of being a team that we weren’t,” said the explosive guard.

“In pre-season and going into the BBL Cup we were a high-energy side that was all about putting opponents under pressure.

“We were right in people’s faces and those big wins in the cup showed what we’re all about.

“But somehow we lost our way last month and it got to the point where we just weren’t prepared to be like that any more.

“The Durham performance proved that we’re back to the high-energy game that best represents the players at this club.”

Eadsforth-Yates has played herself into a starting five spot following a series of impressive cameos off the bench.

Eadsforth-Yates was the driving force behind a strong start at Durham and her 16 points — including four huge three-pointers — was only eclipsed by Ebony Horton.

“Whether I’m starting or coming off the bench I always look to bring the energy,” said the former England international.

“And seeing the ball go through the rim early on always helps! When I sank that first three against the Palatinates it made a big difference.

“When you get points on the board in the first quarter it’s a huge confidence boost.

“I felt great and I felt like I made a real contribution.”

Newcastle’s three wins this season have all come on the road but tonight’s clash against Cardiff represents a golden opportunity to break their Vertu Motors Arena duck.

The Eagles could — and probably should — have beaten Leicester Riders on Tyneside in last month’s BBL Cup semi-final dress rehearsal.

And an in-form Newcastle must feel like the mid-table Archers are there for the taking.

“I can’t tell you just how much we want to give our fans the homecourt win they deserve,” added Eadsforth-Yates.

“We have such great supporters and they should be getting more from us.

“But it won’t be easy picking up the win against Cardiff. Stef [Collins] always has her teams well coached and well drilled.

“We need to focus on what we do best and put four solid quarters together. Anything less just isn’t enough in this league and that’s what cost us against Leicester.

“It’s felt like we’ve been putting our game together piece by piece during the last few weeks and things are starting to fall into place.

“We had a great week of practice building up to the Durham game and it’s been the same again this week.

“That counts for a lot. When practice is competitive that usually translates to game day.”

Newcastle tip of against Cardiff at 7pm. Tickets are on sale from the box office.