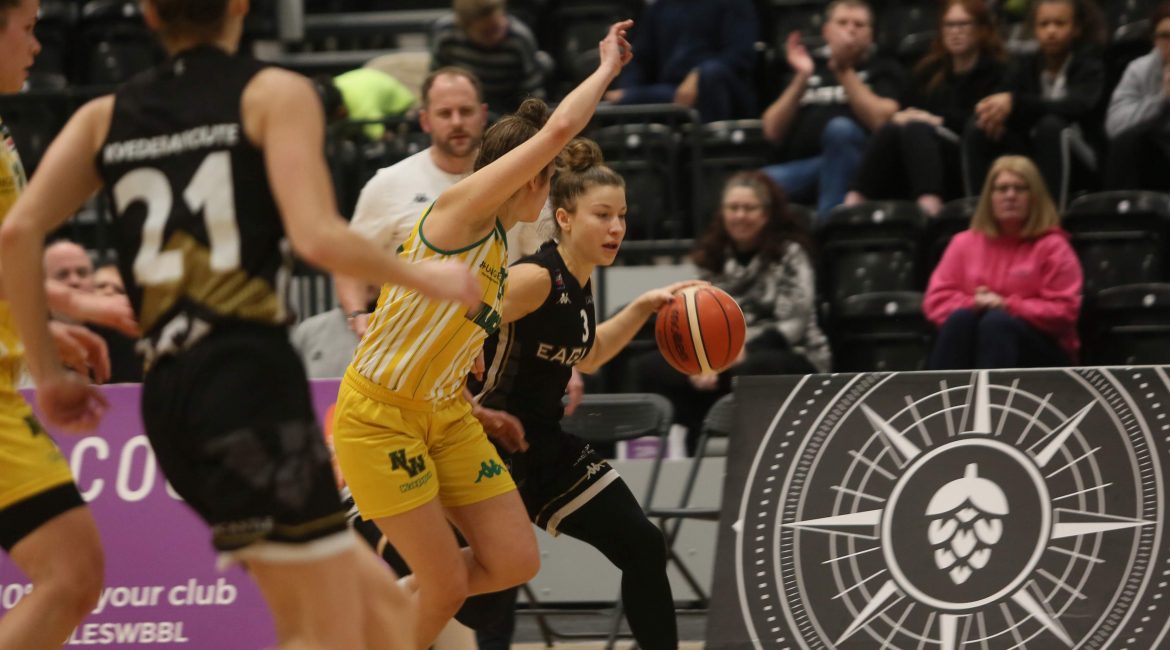 Chris Bunten insists his WBBL players are in the best shape possible ahead of this season’s double assault on silverware – thanks to his latest trip to the US!

The Newcastle Eagles playcaller’s dual role as Northumbria University Sport’s head of recruitment meant he was on the other side of the Atlantic scouting new talent last week.

But the knock-on effect was that Bunten’s players were reunited with Great Britain men’s acting head coach Marc Steutel.

“He’s not a bad stand-in is he,” joked Bunten. “Marc is an outstanding coach as well as a very good friend of mine.

“I don’t like leaving the players mid-season but as a part-time coach it’s something that does happen from time to time.

“Fortunately, I know my players are in the safest of hands. To work with the acting head coach of the Great Britain men’s team is fantastic for them.

“I was delighted for Marc when I heard he had been asked to step into Nate Reinking’s shoes for the next two EuroBasket qualifiers.

“It’s great for him and great for Newcastle’s WBBL side to be associated with a coach of that quality and calibre.”

Steutel stepped in for Bunten earlier this season and almost guided the Eagles to victory against Sevenoaks Suns.

The reigning champions are one of only two sides to have beaten Newcastle.

And Bunten insisted his 8-2 roster head into this weekend’s clash against basement side BA London Lions with silverware in their sights.

“Our aim is to win the league for the first time and win the playoffs,” said Bunten.

“We have the best roster since we won the playoffs in 2016 and we have to set our sights high.

“If you’d have asked me at the start of the season if I’d have been happy to have eight wins at this stage then of course I would have said yes.

“But we’re all still disappointed that we dropped points against Leicester – that in itself shows just how far we’ve come.

“I feel as if we should have a 9-1 record heading into this weekend’s match but the aim now is to win the next 12 league games.”

Newcastle reach the halfway stage of the Championship season when they host the Lions at the Eagles Community Arena tomorrow.

And Bunten added: “In a way it’s worked out well that we’re playing London this weekend.

“I haven’t had too much time with the girls and they’ve had a long break so I suspect we won’t be 100%.

“Even so we should be too strong for the Lions and it’s a chance to get back on track.”

Tomorrow’s fixtures tips off at 4:30pm. Tickets are available on the door: