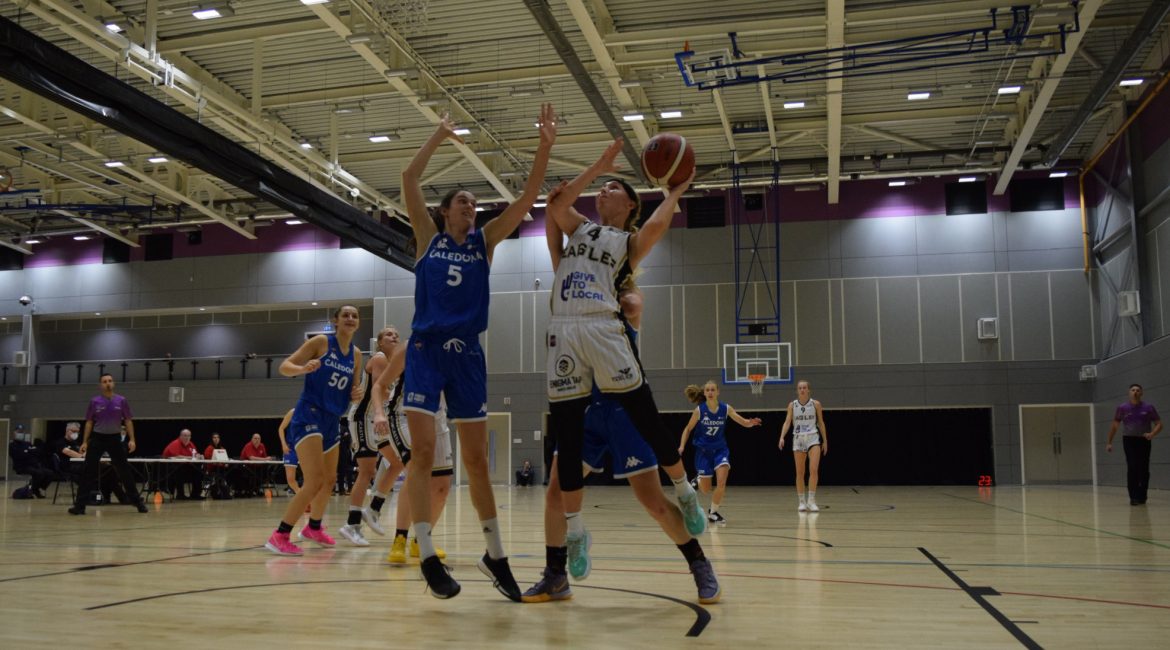 Maddy McVicar misses tonight’s trip to Nottingham after the Newcastle playmaker became the latest casualty of another injury-hit campaign.

The US guard twisted an ankle in practice and has been pulled out of the Eagles’ Championship clash against the homecourt Wildcats.

But the Newcastle playcaller insisted: “It’s an opportunity for other players to prove that they’re making progress and buying into the process.

“I’ll be putting out a predominantly British team against a Wildcats side with some talented imports.

“Nottingham boast two explosive guards and in Kennedy Nicolas they have some real height.

“They’ve just added a Canadian-British dual national so we know we’ll have our work cut out.

“Nottingham will always be there or thereabouts when it comes to pushing for a top four place and I don’t see that changing this season.

“At this stage you don’t ever really know what you’re going to get and the Wildcats’ results have been up and down so far.

“But I’m not so worried about the opposition right now. I just want to see my players improve their performance levels ahead of a busy few weeks.”

Newcastle are back in action following a two-week break from the WBBL.

But the bulk of Bunten’s players have been maintaining their match fitness with back-to-back BUCS games for Northumbria University.

And he added: “It’s just unfortunate that we’ve lost Maddy but I don’t want to rush her back.

“We’ve got some big games coming up and we’re hoping her ankle injury isn’t too serious and that we can get her back out there in a week or two.

“Another slight concern is Jess Eadsforth-Yates. She hurt her back but looked ok towards the end of our BUCS game against Durham on Wednesday.

“We’re looking at the bigger picture here and we know we need to be better in ourselves regardless of who’s on court at any one time.

“There have been times this season when we’ve been great and times when we’ve completely imploded.

“It’s that lack of consistency that’s so frustrating. But we’re a young team and I accept there will be ups and downs.

“If we lock into the defensive gameplan then we’ll start to get better. Offensively we’ve shown we can be a threat.”

Following tonight’s fixture Newcastle return to the Vertu Motors Arena for back-to-back clashes against two of the WBBL’s biggest draws.

And Bunten admits the run-up to Christmas could prove to be a key period for a team in transition.

“We’ve got London and Leicester at home after this weekend and we’ll need to be at our very best in both games,” he added.

“We’ve had the best end of the cup draw and everyone accepts we’ve got a great chance of making the final with a home semi against the Riders.

“We should have beaten them at our place a few weeks ago and we’ve got a great opportunity to turn the tables.

“As a group we just need to understand that if the performances are better then the wins will come.”