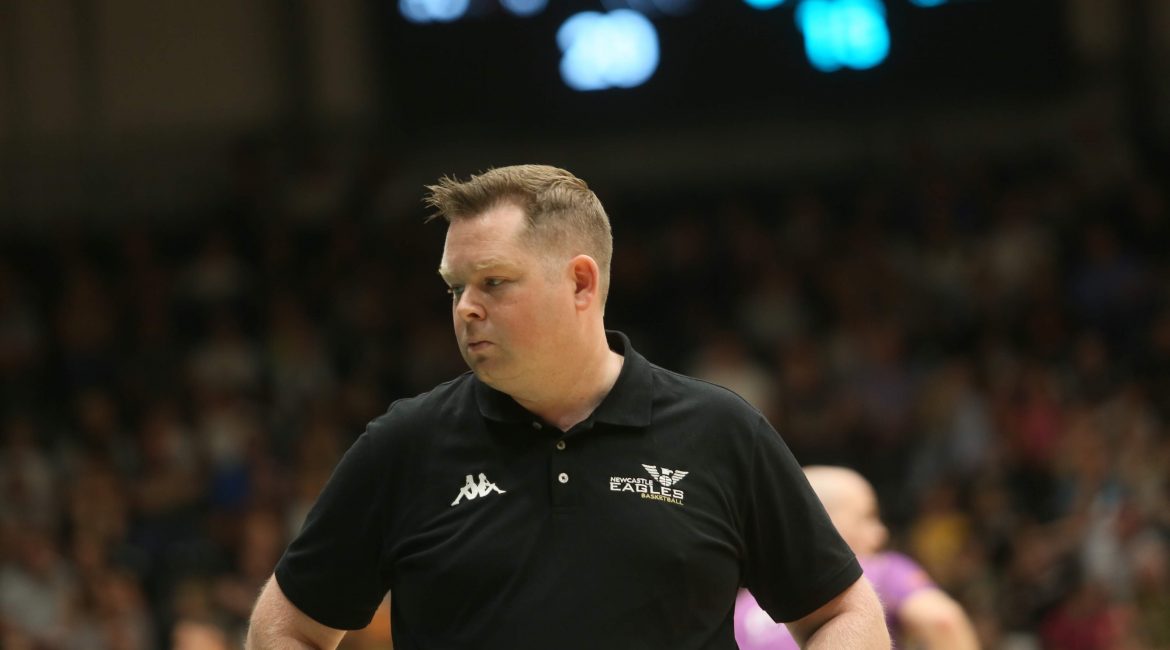 Newcastle Eagles are in the grip of an injury crisis as the club seeks to bury bogey side Sheffield Sharks in tonight’s must-win BBL Trophy quarter-final.

Interim head coach Ian MacLeod revealed the club’s casualty list is mounting ahead of a huge match at the Eagles Community Arena.

And such is the seriousness of Newcastle’s growing injury list that the Eagles’ coaching staff will take a roll call an hour before tip-off prior to picking a patched up starting five.

“And they’re just the more serious ones.

“There’s been no change as far as Rodney Glasgow’s passport application is concerned so it’s not as if he can come in and bolster the ranks.

“We are down to the bare bones and we’re taking it day by day.”

Academy products Themba Yabantu and Sauveur Kande on are standby to start against a Sheffield side seeking to extend its winning run against Newcastle.

The Sharks destroyed the Eagles on their homecourt in the final ECA clash of 2019.

And Atiba Lyons’ men beat Newcastle in both BBL Cup clashes between the two sides earlier this season.

Throw in a pre-season victory in Sheffield back in September and the Sharks take a 4-0 winning streak against the Eagles into tonight’s tie.

“How we approach this week’s game depends entirely on who we have available and what sort of team we can put out there,” added MacLeod.

“We have identified one or two things that we can change up based on the last time the two teams met.

“We’ve looked carefully at the tapes and there are one or two areas where we can make some gains if we do our job.

“One thing we know about Sheffield is that they’re very consistent in what they do.

“To counter that and gain any kind of advantage we have to match their energy and be the more aggressive of the two teams.

“We have to show dedication to the cause right from the first jump ball.”

Where Sheffield are a model of consistency, Newcastle ae still searching for their identity and some kind of homecourt rhythm.

But in local favourite Eddie Matthew the ECA faithful can at least point to one positive in the wake of last Friday’s shocking surrender to Cheshire.

And MacLeod added: “Eddie has earned that place.

“If anyone is making the most of Rod’s continued absence then it’s him. Eddie has seized his opportunity and run with it.

“It’s a confidence thing where he’s concerned and his confidence is sky high right now.

“He plays hard every possession and as a coach that’s what you like to see.

“His intent will always be there and Eddie has always been a very smart basketball player. He understands the game so well and his spacing is excellent.

“Eddie is incredibly consistent and always plays the game in the right way.”

Tonight’s Trophy clash tips off at 7.30pm and remaining tickets are available on the door.