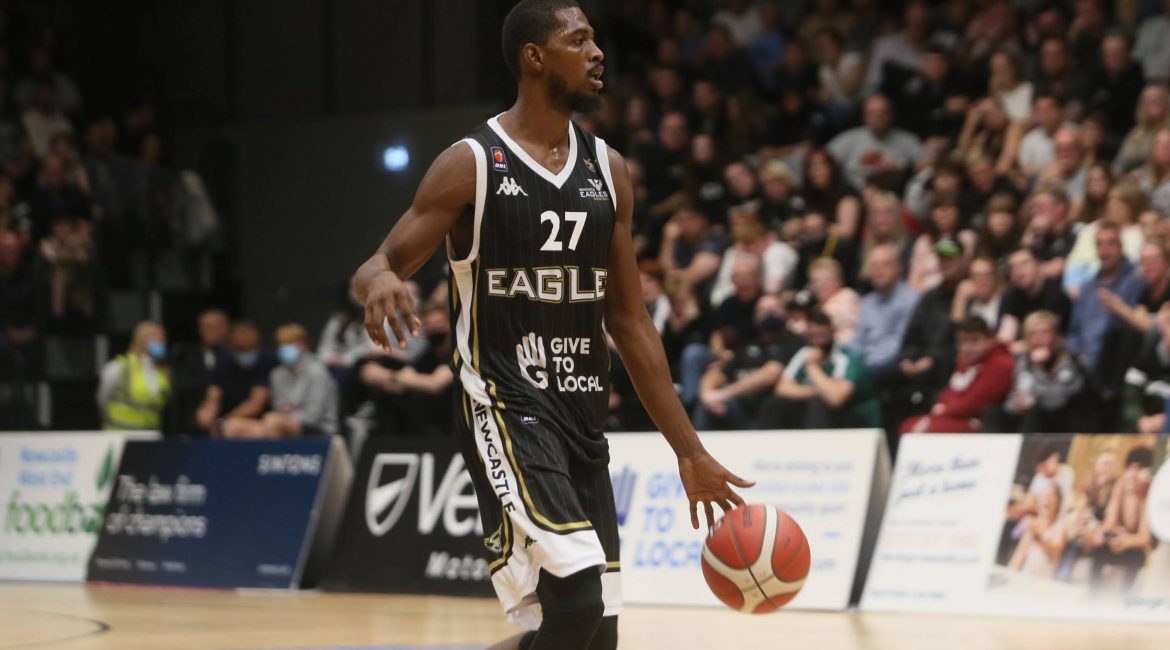 The Newcastle Eagles go into tonight’s second BBL Cup North Group at the Vertu Motors Arena searching for their first win over the season after last Friday’s home reverse against Glasgow Rocks. Standing in their way is one of Newcastle’s fiercest rivals Sheffield Sharks.

The Sharks also opened their season campaign last weekend with mixed results a 64 – 71 home loss against Cheshire Phoenix was followed by a great road victory in Glasgow by 79 – 69 with American Forward Kipper Nichols netting 23 points and grabbing 10 rebounds.

Last season the two sides met on no fewer than seven occasions with Sheffield taking the league series 2 – 1, Eagles winning home and away in the Cup group stages before a monumental clash in the end of season play-offs.

That one went the way of Newcastle just after a two-point first leg win and then a rare, tied game in the second legs. Perhaps a good omen for tonight as the Eagles went on to win both Cup and Play off titles.

Although there was a lot of disappointment last week at the result against Glasgow it had to tempered with the reasons. The Rocks had been together six weeks and had played five pre-season games. Newcastle on the other hand had only played one and that without their four American imports.

All were available last weekend but both Rahmon Fletcher and Duke Shelton had only settled on two days before the game and had little practice as a team together. Shelton though was one of the bright sparks with 16 points and 11 rebounds in only 18 minutes of play.

It was a performance full of promise as the man dubbed the “Duke of Newcastle” certainly showed some real promising potential and great emotion and energy on and off court. Shelton actually felt the game went reasonably well last weekends as he previewed Friday’s game.

“I have a very good take on the game even though we lost. There was a lot of things I liked from the game. I liked the energy from the guys. It was everyone’s first game together and honestly I thought it might have looked a lot worse than it did.”

“For me being fresh off the plane just two days before and not knowing the system I thought I did ok but overall, I was happy with the way the team played. I thought the atmosphere was great. It was the first time playing in front of fans for nearly two years and it really excited me.”

“The fans sounded great and it was a good experience especially given our circumstances. There’s no doubt in my mind that we have a lot more to give and that’ll show as the season progresses.”

Shelton was certainly all-action when he was on the court bringing real energy at both ends of the floor and the Newcastle faithful took to his chest-thumping reaction to some of the plays. It’s clear the Eagles have got a character as well as a player.

“Not knowing the system, I just tried to do what I could and bring energy to the team. I just wanted to bring some fight on the court and in the end things worked out pretty good for me.”

“We’ve had a chance to watch the game back and our practices this week have gone really well. Everybody’s not quite 100% on the same page but we’re getting there and things are looking pretty good.”

Shelton admits he’s not too familiar with the Sheffield side but knows it’s going to be a tough game against a really fierce rival.

“I don’t know too much about them but I do have a former college teammate that played there and he’s been giving me some this week. For me very game is a rivalry. Anyone trying to take a win from us that’s a rivalry right there.”

The game at the Vertu Motors Arena is a 7:30pmtip-off and Shelton and his teammates are looking to get the win to kick-start their season.

Tickets are still available on the box office.