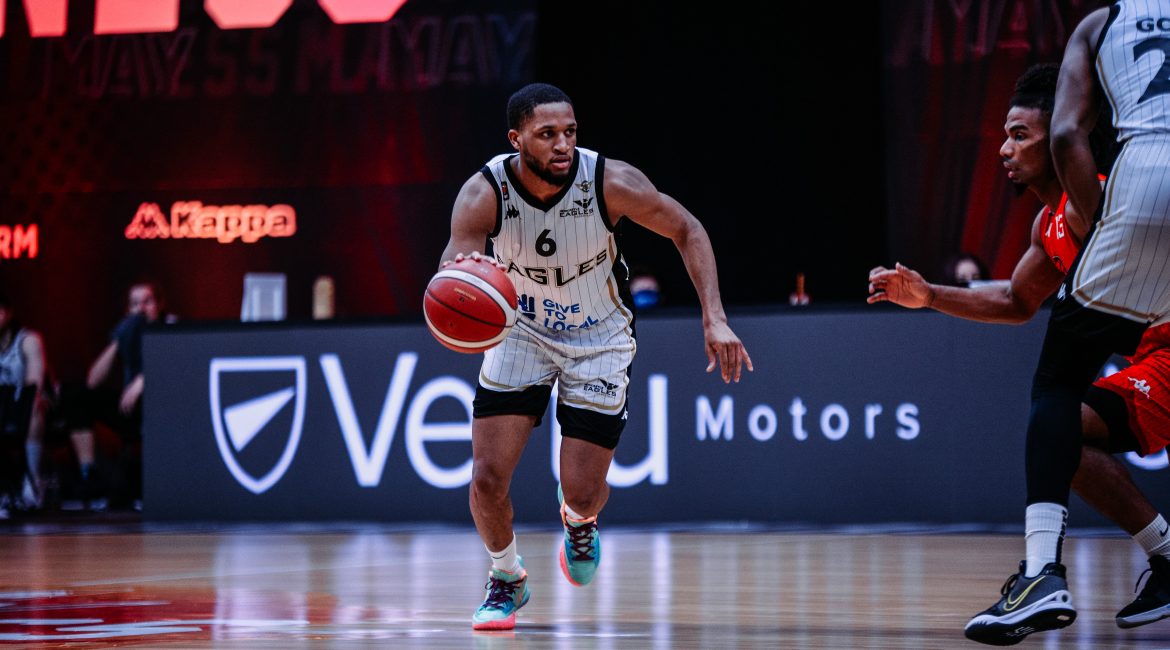 It’s win or go home time for Newcastle Eagles tonight as they head into the second leg of the BBL Play-Off semi-final against Leicester Riders trailing by a single point following Tuesday’s first leg.

Tonight’s game is a one-off. Win and progress, draw or lose and the season is over. The win has to be by tw0 points as well as a one-point victory in the regulation forty minutes would force an overtime scenario.

The one-point lead for Leicester following the thrilling 77 – 76 result two nights again means it’s all to play for and to lose for both sides as these two giants of British Basketball once again clash in a huge fixture.

The season record between the two gives the Riders a slight edge at 4 – 3 but perhaps, just perhaps it’s the Eagles carrying the momentum into the second leg after a stunning last quarter fightback in the first game.

Leicester jumped out early and led 36 – 18 after the first quarter and even increased that lead to twenty at one stage. But Newcastle were not to be denied and led by Captain Rahmon Fletcher’s stunning 34-point haul came storming back to give themselves a great chance to progress.

Fletcher’s back court partner who this week made the All-BBL Defensive Team of the Year, Cortez Edwards, contributed 12 points and a team high 11 rebounds to the cause and expressed how the team felt at the end of forty pulsating minutes.

“We felt like we’d left a lot of plays out there but we found a way to get it back to where we want to be and got it back to a one-point game and within striking distance. Now we’ve just got to go out and win”, said Edwards.

“It didn’t surprise me the way Leicester came out we expected that but we just cam out flat. We didn’t have that intensity we needed at the beginning of the game and that made it tough.”

The Eagles certainly looked in a hole of their own digging at times but showed superb character and resilience first off not to panic and go chasing the game too quickly and then to bring the game and the tie back under control.

“It started by locking in at the defensive end which made it easier for us to make shots at the other end and once that happened it all started coming together. From there we just stayed focused and kept the energy high and we felt pretty good at the end.

There’s no doubting that whilst Fletcher’s starring performance was spectacular his supporting cast did chip in at times but will surely be looking to ease their Captain’s burden tonight and bring more to the table.

“Fletch did what he always does and was great, we expect that. For me I felt like I left a lot of easy shots out there that I have to make tonight. I did some good things but I’m definitely looking to be more efficient on the offensive end.”

“I felt that everyone played aggressively but we have to capitalise better on our opportunities. Like I said on Tuesday once we got our defence down tight we were able to do everything else effectively as a team.”

“We have to make a better start and be totally locked in for the full forty minutes and if we do that I think we’ll be successful.”

Edwards has made quite an impression in Newcastle this season and showed why Head Coach Ian MacLeod coveted his signature last summer. There’s a feeling that he and his teammates have one big push left in them against what is a very tough and competitive Leicester side.

With the prize a place in Sunday’s Play-off final there’ll be no quarter asked nor given during what should be a fascinating and mouth-watering contest.

Sky Sports have live coverage of the game with the build-up from 4:30pm and tip-off at 5pm.

The action is available to watch without a subscription for Sky, Virgin or Now TV customers on Sky Sports Mix and free to all on the Sky Sports YouTube channel.