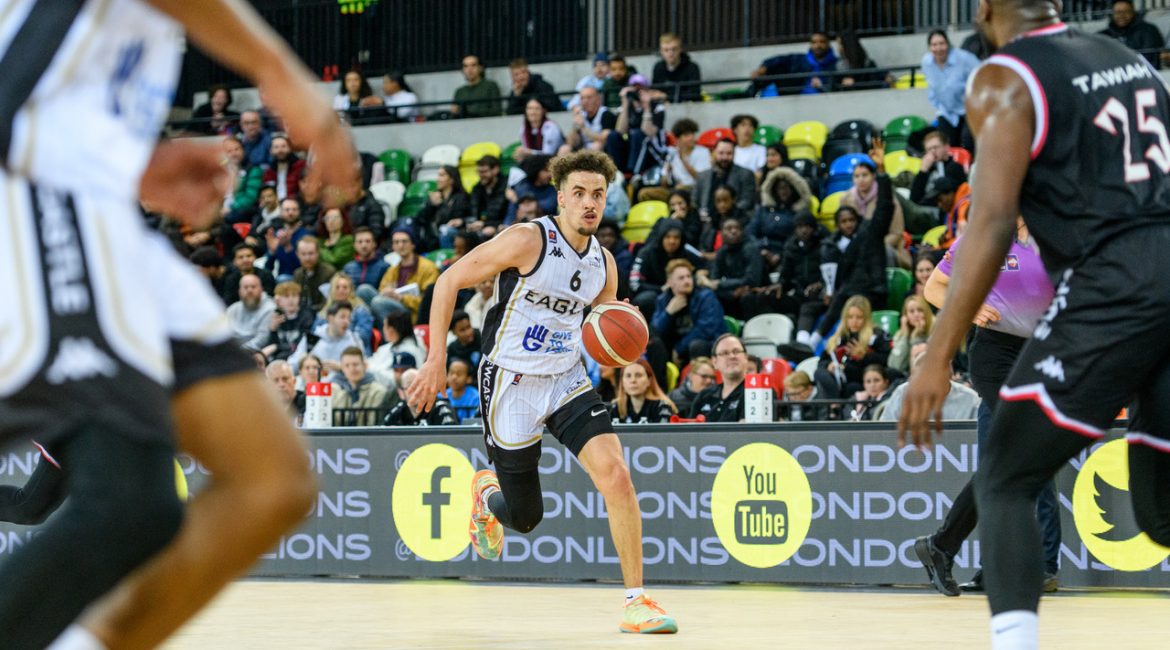 It was another tough night for The Eagles on Wednesday as they slipped to a fourth consecutive defeat in London at the hands of the Lions 92 – 74.

Already shorn of the services of Wes Person Jr through injury Newcastle also lost Justin Gordon in the final period on Wednesday.

The star forward who had 15 points on the night was ejected from the game after picking up a second technical foul with five and half minutes to go. With him went any chance Newcastle may have had of mounting an unlikely comeback.

Eagles were led on the night by Corey Johnson who had 19 points, 8 rebounds and 5 assists but in the end a lack of bench support and tired legs saw London comfortably pull away to put Newcastle in a difficult place in the play-off standings.

Despite the recent run Johnson though and his teammates remain optimistic.

“Our mood at the at the moment is that we’re trying to stay positive. Realistically we’re under-manned again unfortunately so we’ve just got to do what we can with the group that we’ve got. We’ve got to stay positive and build on what we have right now.”

“As a team we have to try and gel. At this stage of the season the standings are close right now so it’s important for us to win a couple of more games to get a better placing than eighth obviously.”

An excellent point from Johnson as whoever finishes 8th in the table will virtually be guaranteed to play Champions-elect Leicester Riders in the end of season play-offs. The Riders being the one side this season that has consistently stood above all others.

“We definitely have the talent to play against anyone including Leicester in this league and the onus is on us to prove it. Right now that’s tough and we know we have to face Riders tonight once again undermanned.”

“Consistency is what we’ve been looking to find all season long and it’s been difficult with all the injuries and setbacks we’ve had. But once we get in the flow and start playing to the level we can I think we’re going to be just fine.”

Leicester Riders at home on the back of four consecutive losses though is hardly the game you’d choose to launch a comeback and Johnson is well aware of that.

“We have seven games left in April which is obviously more than we’re used to at this time of the year. But playing a lot of games gives us that opportunity to pinch a couple of wins which would be good for us going into the play-offs.”

“We knew this was coming with the postponements and disruption during the season and it’s a tough schedule. But we just have to attack it like it’s any other month in the season. I think it’ll be better for us to keep playing and not having a break.”

“I think it’ll give us a better chance to find a fluidity and a consistency within the team. Whereas before the breaks that we had after tough games was really difficult for us not being able to play and trying to have to gather together again.”

“Obviously with the early breaks in the scheduling and then the postponements we’ve struggled to get a consistency and a flow especially when you add in the injuries. But as I said we can’t make excuses at this point.”

“We just have to take advantage of what we have left this season to right the ships for the play-offs.”

An Eagles side whatever the personnel is always a dangerous team to write-off and Johnson’s moods and words show they still feel they’ve got a lot left to play for starting with tonight’s tough clash at The Vertu Motors Arena which tips at 7:30pm.

Despite their form Newcastle will run-out in front of a sell-out crowd and the live Sky Sports cameras looking once again to launch play-off bid.

Watch all the build-up live from 7pm on Sky Sports Action (with subscription), Mix (free for Sky customers) or YouTube channel (free for all).