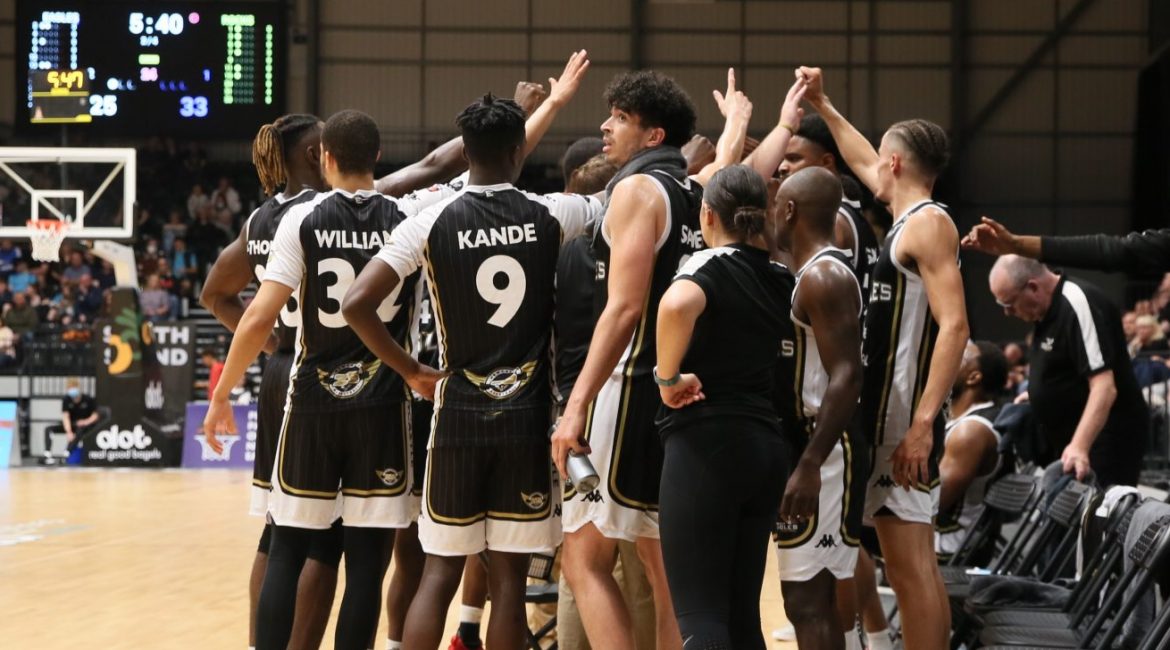 Is momentum the key? That will be the question on most people’s lips as for the second time in five days old rivals Newcastle Eagles and Glasgow Rocks face off in the BBL Championship at the Vertu Motors Arena.

Last Sunday on the road in Glasgow, the Eagles made it a double-winning weekend with a 97 -91 at the home of the Rocks to follow up their home win on the Friday over Surrey Scorchers. Whilst no-one is claiming Newcastle have turned the corner it was a couple of steps in the right direction.

The challenge facing Head Coach Ian MacLeod and his players is to keep that momentum going as they face one of their play-off rivals in the return fixture tonight. MacLeod looked back on Sunday’s win before previewing the clash ahead.

“It was very pleasing to have a double winning weekend. But we are at a point where we cannot be satisfied with where we are and we must push forward for much more.”

“We made a great in Glasgow start built on suffocating defence and fluent offence. We shot a very high percentage in the first quarter with a lot of good looks, but the home team is never going to simply lie down and they fought hard. I though Jonny Bunyan kept them in it first half.”

Bunyan was certainly very influential in the game finishing with twenty-five points in a losing cause for Glasgow making five of the nine 3-point shots he attempted. Wes Person Jr being the Eagles top scorer with twenty-two points netting twenty+ for the fifth successive game.

MacLeod feels that whilst last Sunday’s game will have a bearing on both team’s thinking going into the return, it will also mean both side’s may alter their game plans.

“It is almost like a playoff series with only a 5 day turn around. They will have been working to not allow us to success in the same manner as last time. Both teams will make adjustments.”

One of the problems Newcastle encountered last weekend was the form of Rocks power forward Ali Fraser. The GB International didn’t play at all in the first quarter when Newcastle built up an eighteen-point lead.

There were question marks over his involvement in the game at all as he requires surgery on a foot injury. But, he did enter the game in the second period and played every minute thereafter scoring eighteen points in the final three quarters.

With point guard Jordan Johnson injured the Rocks needed those minutes from Fraser and there’s no doubt his presence caused the Eagles problems. Both Fraser and Johnson face late calls on their fitness before tonight’s game. MacLeod though has no doubt about their involvement.

“Ali is a great player and a BBL vet. He is the rock of that team. Johnson will play as will Ali Fraser, of that I am sure. Both are warriors and will tough it out to get back on the court.”

The Eagles themselves were boosted last weekend by the returns of both Justin Gordon and Louis Sayers which made a huge difference. Sayers returned from a foot injury and Gordon’s return to Newcastle to replace the injured Duke Shelton was much heralded.

“Both players returning have added huge amounts for our roster. Justin’s energy and dynamism and Louis with his ability to space the court and consistent play. We are pleased to have them both available.”

MacLeod believes the keys to the game are simple.

“Limiting their 3pt shooting success will be the biggest key. After that the rebounding battle will be huge.”

Tickets are sold-out but fans can still watch live on Sky Sports Arena (with subscription), Sky Sports Mix (free for Sky customers) and the Sky Sports YouTube channel (free for all). The build-up starts from 7:30pm and tip-off tonight is at the slightly later than usual time of 8pm.