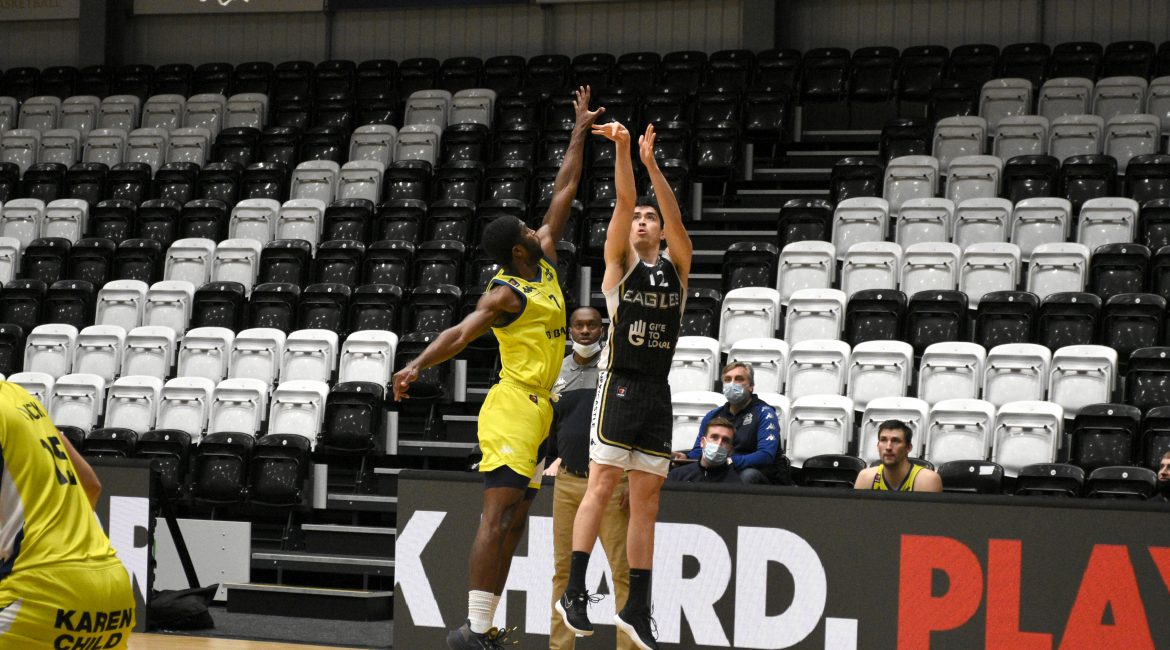 After a punishing schedule that has seen Newcastle Eagles lose four of the five games they played in only 11 days they have another tough fixture tonight against Cheshire Phoenix.

Phoenix come into the Eagles Community Arena having won five league games in a row including a win at home against London Lions and a road victory at Sheffield in their last two. Both teams who have beaten Newcastle in that tough period so it shows how sizeable a task the Eagles have in front of them.

Eagles did defeat Cheshire earlier in the season on their own court but as forward Louis Sayers pointed out in previewing tonight’s game they are a vastly different side to the previous one his teammates and he face in that game. Sayers though was also in reflective mood as he looked back at his side’s schedule.

“We’re a little bit disappointed with how the results have gone. Obviously, we’ve had a few injury troubles and a couple of the guys have been playing with some knocks so we’ve been struggling a little bit.”

“But we’re feeling pretty optimistic about going forward. There have been some good performances despite the losses and we just need to try and turn them into better results if we can.”

Sayers’ comments about performances ring true as although Newcastle have dropped games they’ve been ahead in some and always competitive in all. Even last time out against London when they were knocked out of The Trophy they were ahead in the game deep in the second quarter.

“I think the reasons for the losses have been we’ve just had some bad quarters in games. For the majority of the game, we’ve been pretty good to be fair but these bad quarters have been harming us quite a lot. It’s something we’re trying to sort out.”

“Being short-handed doesn’t help because when you go through bad patches you can’t always rotate the bench and when you come up against deep teams like Leicester and London you need that option. We can take some positives away from those games and not make excuses.”

Eagles have at least had a few days to re-group, re-fresh and re-charge. They’ll need it against a tough Cheshire outfit whom Sayers played for the last two seasons.

“They’re looking very strong at the moment. They’ve brought some new players in since we last played them. They’ve got Matthew Bryan-Amaning there now and they’re definitely nowhere near the team they were earlier in the season.”

“We can’t take them for granted especially as we’re on a bit of a bad run of form. With any team there are some key players in their team. Jalen Hayes, Bryan-Amaning and Jimbo Lull are good bigs. They have good guards particularly Kahron Ross.”

“They’re performing well at the moment and also clicking as a team. Trying to stop their main guys getting comfortable early and then just doing what we do and looking to do it for the whole game.”

Once again Newcastle faces an on-game decision on the fitness of star forward Justin Gordon, one of those injuries Sayers’ mentioned. The athletic American has missed the last four games as he struggles with an ankle injury.

There’s no doubting that if Gordon were fit it would help his teammates as they look to bounce back from adversity. But he will only return if he’s fully recovered and able to play a full part in the Eagles’ cause.