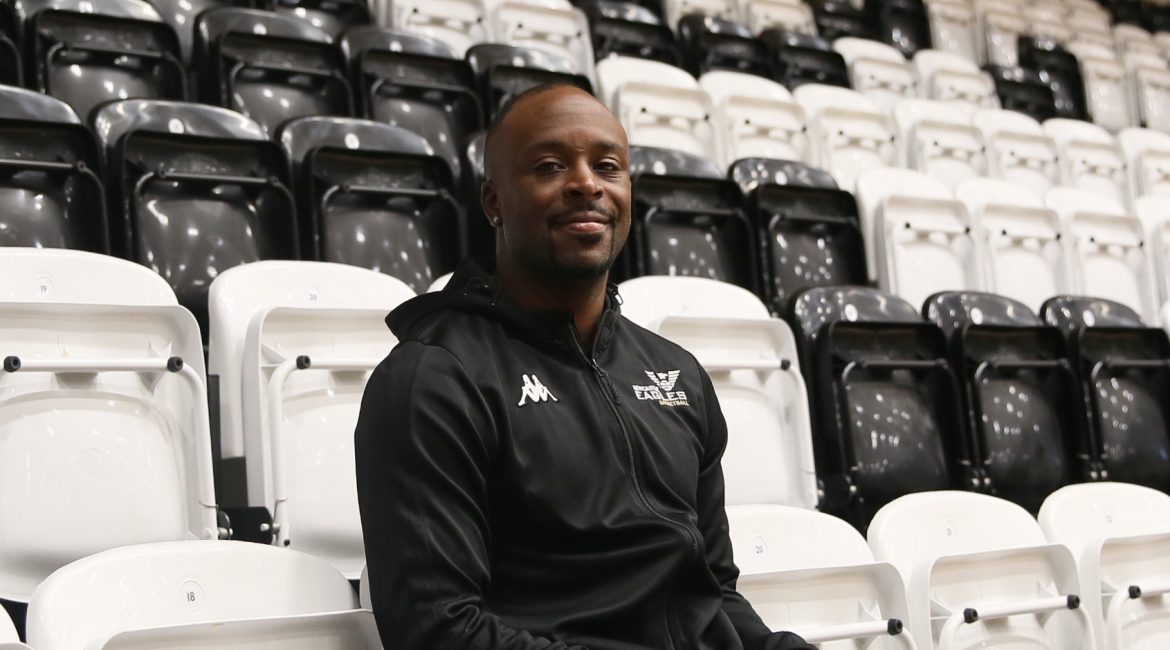 Rahmon Fletcher insists the BBL’s most destructive partnership is built on experience rather than instinct as Newcastle Eagles prepare to take their game to the next level.

The two-time league MVP has struck up an instant understanding with big man CJ Gettys as the prolific pair put rivals to the sword.

But Fletcher played down suggestions that some kind of sixth sense is at the heart of the sensational duo’s developing threat.

“I’m a point guard and he’s a centre and we should be able to work well together,” argued Fletcher.

“It’s a natural partnership and it’s more about experience than anything instinctive.

David Versus The Giants

“During our careers we’ll both have played with similar guys. I can think of a couple of players like CJ and he’s probably the same.

“You bank that knowledge and know that you’ll end up playing with someone like that again at some stage.

“I know where he’s going to be and he knows the kind of moves to make so that I can pick him out.

“But that’s nothing out of the ordinary. There are only five of us on court and there are only so many places we can be!”

If Fletcher is keen to underplay an eye-catching combination ahead of the Friday night clash against Gettys’ former club Cheshire Phoenix, then the numbers speak for themselves.

The in-form seven-footer leads the league in scoring with 24 points per game and is the BBL’s second best rebounder.

Gettys is the reigning Molten BBL Player of the Month and celebrated that accolade with 34 points and 19 boards at Surrey last weekend.

Fletcher is dishing up eight assists per game and still weighing in with an average of 17 points.

“I struck up a relationship with CJ last season and it became a bit of a joke every time our paths crossed,” added the Eagles playmaker.

“I’d say stuff like ‘man, it would be great if you played here in Newcastle’. CJ would reply ‘I wish you were my point guard!’.

“It was all light-hearted at the time but we communicated throughout the season and during the summer.

“CJ watched all of our games at the start of this season and there came a point where he said ‘if you guys need a big some time then drop my name in’.

“We still love a joke and we’re always going back and forth. The rapport we have isn’t something you can create. It’s just natural.”

Fletcher has played with his fair share of explosive ‘bigs’ during his time on Tyneside but it is Gettys’ pace and athleticism – coupled with his height – that sets the US centre apart.

“I’m not surprised that CJ has made an instant impact,” added Fletcher. “In the short time that he’s been in the BBL he’s proved himself to be a dominant player.

“He’s the reason that Cheshire won the BBL Cup in 2018 – put him in any team in the league and he’ll make a difference.”

Interim head coach Ian MacLeod will make a late decision on whether to throw veteran forward Darius Defoe into the mix against the ‘Nix.

Mike Morsell is unlikely to suit up after tweaking his hamstring at Surrey last weekend.

And although Rodney Glasgow Jr is back in training, Newcastle are still seeking clarification from FIBA on the guard’s status.

“We know this Cheshire team well,” said MacLeod. “I’m sure they have a lot more to come and they’ll be making changes to strengthen again.

“Our primary focus is to win and to win well.”

Tickets for this huge game are still available to purchase: