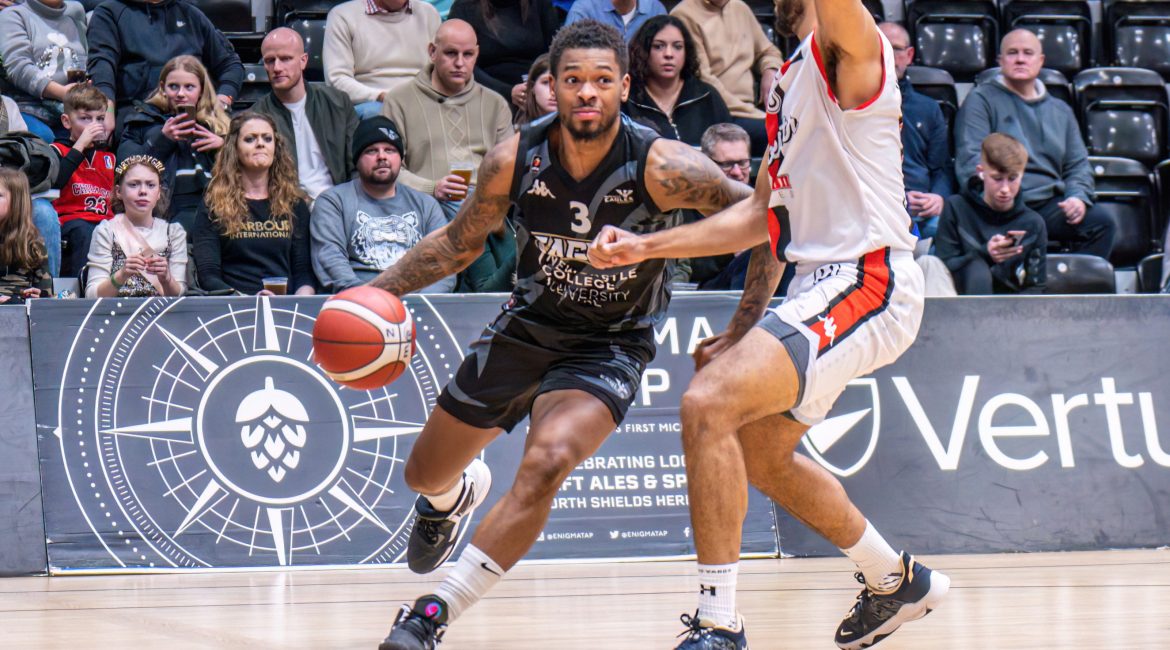 It was a win they had to grind out but after six consecutive losses it was a most welcome one.

The Eagles have not managed to win back-to-back games so far this season but a game against the Gladiators gives them an excellent chance as they appear to have a fully-fit roster going into the game.

Ben Mockford and Denzil Ubario could return to Head Coach Marc Steutel’s roster giving him additional firepower to call on against a team the Eagles only narrowly lost 81-77 earlier this month against in their previous encounter up in Glasgow.

In that game Eagles power forward Hasahn French had only been with the club a few days but now that’s he integrated with his teammates it could help against a side that despite being fourth in the table, Newcastle feel they can match.

The one consistent in Newcastle’s season has been the scoring power and general offensive output of top scorer Javion Hamlet. His match-up against Gladiators star guard David Sloan will be one of the keys to the game.

Hamlet is fourth in the BBL in scoring at 20 points a game and leads the league both in getting to the free-throw line and at almost 86% from there making it count. His 23-points against Surrey was once again vital for his side as they finally used it to pick up a win.

“It was great to get a win and see things coming together that we’ve been working on. We showed what we’re about coming back in the fourth quarter when we were down to get the win was huge for us.”

“The more we’re together and learning off each other the better we’re getting. We still feel like a new team but are coming together and that showed down the stretch. We’re still learning from each other and it just felt we clicked at the right time in that game.”

Perhaps it would have been nice for Newcastle to have had a game quickly after the win but it was also nice for them to be able to review a game where they had won and get some practice in on the back of a victory.

Plus going into a break and the holidays was certainly a better feel for the camp than the opposite effect.

“We’re paid to play and win games so it might have been nice to have had another game quickly but it was the holidays and we have to deal with that. We’ve been able to keep building in practice and get out heads into the game for tonight.”

“We had a good game against Gladiators last time and match-up well with them. I actually feel that we match-up well against everyone if we can execute our game plan and play for the full forty minutes. That’s definitely a key for us.”

“Sometimes we’ve not done that because despite the games we’ve played I still feel like we’re a new team and we’re still coming together but I definitely feel that we’re starting to get there now and just need to turn practice into game play.”

It is to Hamlet’s credit that his form and his ability to convert his play into points has been consistent even though a lot of times it has been in a losing cause. He does not see it like that.

“It was nice to have my points help us get a win but for me I just do whatever I can to help the team whether it’s scoring or giving out assists. I just want to do whatever they want me to do to help us get more wins.”

“We feel we can put a streak together and having this game tonight and then playing again on New Years Day definitely gives us a chance to end the year in the right way and set us up for the games to come.”