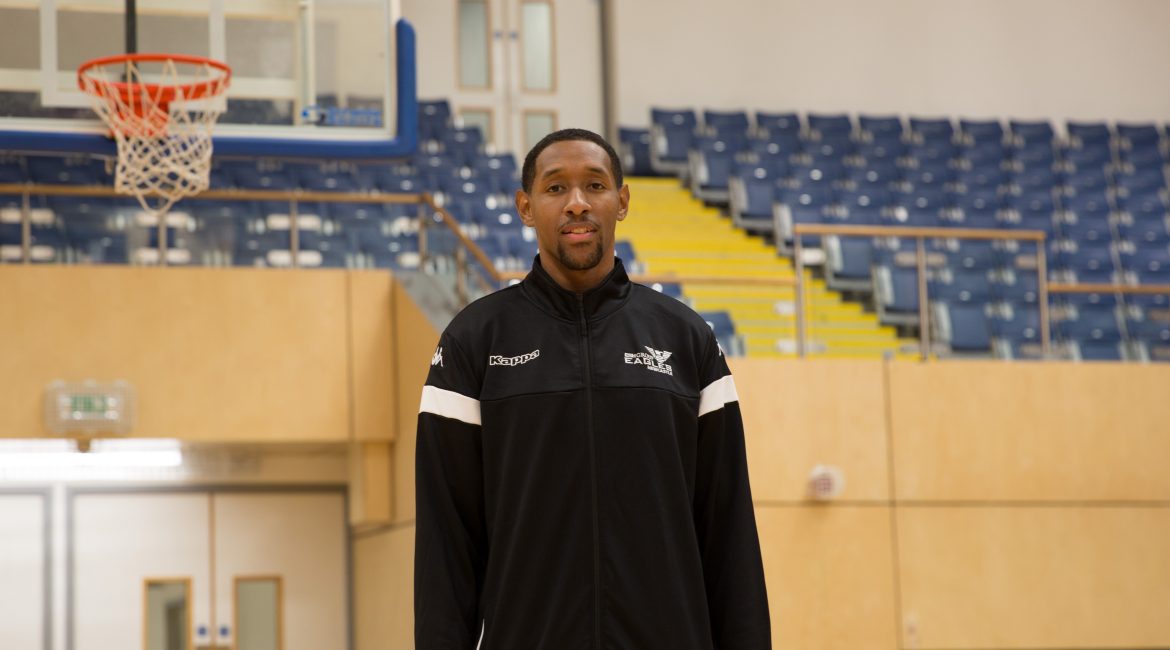 It was another sensational all-round team performance from Esh Group Eagles Newcastle as they swept aside Surrey Scorchers 114 – 82 on Friday night at Northumbria University. It was the Eagles fourth consecutive BBL Championship win and keeps their 100% record so far this season intact.

It was a perfectly executed game-plan with strangling defence creating offensive opportunities that they finished in superb style to keep their impressive run going. It was also the perfect preparation for this afternoon’s tough away fixture at Plymouth Raiders as the Eagles aim to stay on their lofty perch at the head of The BBL.

Everyone on Newcastle’s roster contributed but power forward Victor Moses was particularly impressive with 29 points, 13 rounds and 3 blocked shots in just under 24 minutes of high-power action. He reflected on his team’s and his own performance after the game.

“It was a good game. We came out more aggressive than they were. We knew what we were coming in too as we’d faced them last weekend in the British Basketball All-Stars tournament so we knew what we had to do to get the win tonight and we did it well.”

The difference between the All-Stars tournament and its quirky rules and 12-minute games could not have been emphasised more as the Eagles extracted great revenge from last Sunday’s defeat with a powerhouse effort in the traditional form of the game.

“It was a real game. You have to come and play physical, play hard and play aggressively smart and that’s what we did tonight.”

Moses certainly did all that he said himself with his game and especially with the way he linked up with point guard Rahmon Fletcher time and time again with the two Eagles players seeming on a telepathic wavelength at times.

“Playing with Rahmon he makes the game so much easier for me so going out there having performances like that are easy when he’s around to supply me. I just get to the right spots and he’s always able to find me. He’s a great guard.”

But, as said, it wasn’t just about Fletcher and Moses. Skipper Darius Defoe, Jeremy Smith and Kyle Williams all came off the bench to net double-figures scores and Moses paid respect to the way the supporting cast played their role.

“Our bench has always got our back. What ever we’re doing they come in and support the team and it’s easy to play like that. It’s great playing in this team right now. It was a great atmosphere tonight, it’s always been a great atmosphere here in Newcastle and its been fun so far.”

With Surrey confined to the record books, Moses looked forward to the tough trip don to Plymouth to take on the Raiders, a side he dropped 40 points against when last in The BBL in his Cheshire days.

“Plymouth is a tough place to play at. I’ve played there before when I was at Cheshire and it’s going to be a tough game. We’ve got to come out strong and aggressive early looking to keep our momentum going and take care of business.”

“I’m definitely looking forward to the game and playing with the guys again. We’ve just got to keep doing what we do and keep getting wins to keep our run going.”

This afternoon’s game tips off at 3:00pm at the Plymouth Pavilions as the Eagles look to go 5 – 0 for the season so far.