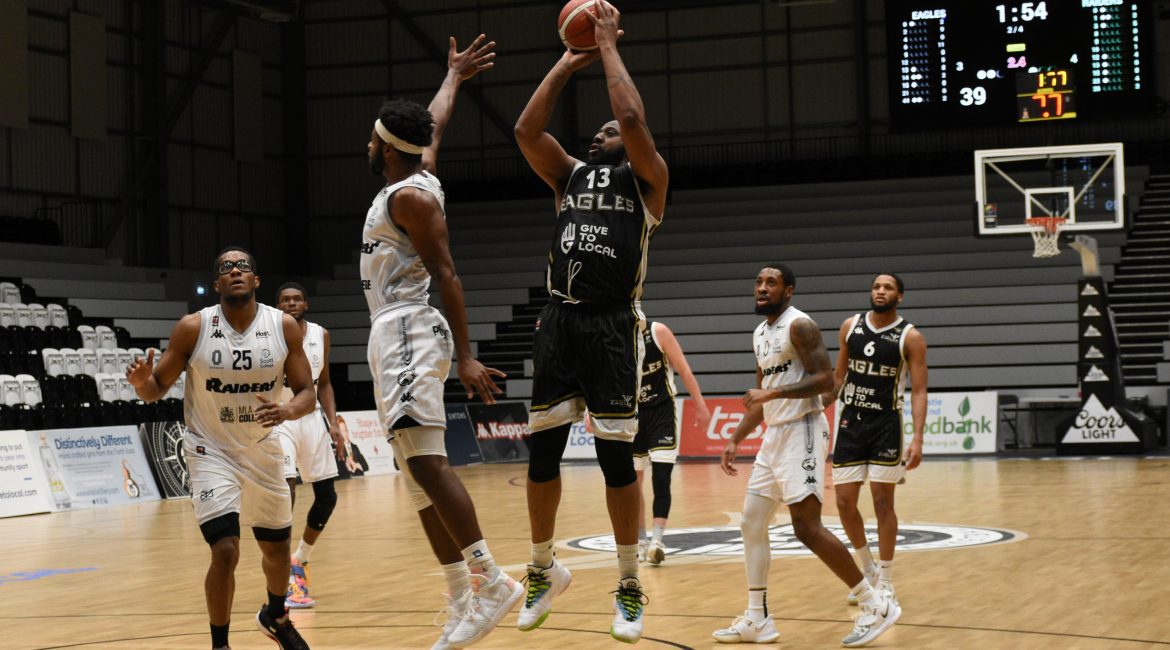 The sight of a frustrated Darius Defoe deep in conversation with his Head Coach Ian MacLeod at the end of Friday night’s 72 – 85 home loss for Newcastle Eagles was an enduring one.

It was not the sort of performance the veteran forward will want to see repeated against Manchester Giants on the road today.

Defoe has been thrust into the starting five in recent games with the absence through injury of the dynamic Justin Gordon. Whilst the position is not an unfamiliar one for him it has meant that the Eagles have missed his spark coming on from the bench.

Defoe outlined his frustration and feelings at the end of a game where Newcastle had led deep into the second quarter before a red-hot Plymouth Raiders side took their tenth win in their last eleven outings. He was also very aware that there’s no time for regrets before today’s game.

“I was frustrated as it was a tough loss to take. But at the end of the day, we have to put it behind us and regroup. We have another game on Sunday so we need to practice well on Saturday and get ourselves ready for that one.”

“It’s always difficult to say what the reasons for defeat are but I feel we need to be a little bit more aggressive on our defence. It’s not about pointing the fingers at individuals we’ve all got to hold our hands up and say it was a bad game for us but know we’ve got to move on to Sunday.”

“We’re missing Justin of course we are but there’s no I in team and it’s about what we are going to do as a team without him to get things right until he get’s healthy and he’s ready to help us out.”

Gordon picked up his injury in the 90 – 70 loss to Sheffield on February 12th and since then has missed six games in Newcastle’s brutal COVID affected schedule, a schedule that has seen the Eagles drop four of those six games.

But a win at Manchester would see Defoe and his teammates remain firmly in the League’s top four and still in with a chance of challenging for the Championship. Manchester go into the game with an interim coach following Danny Byrne leaving the Club. For Defoe that makes it a tougher ask for Newcastle.

“It could go either way. But for me it’s a big-risk game. They’ve lost their coach and a couple of players have changed so they’ll have no pressure on them. They can just go out there relaxed and play like it’s practice so that makes them a dangerous team.”

“The game is about us and about us all stepping up together. We need to be better communicating defensively and we need to make sure we’re all playing together and for each other. All games are tough this season and we’re expecting another big battle on Sunday.”

Tip-off for tonight’s game in Manchester is 17:00pm and the Eagles will be looking to bounce back to winning ways before they face league leaders Leicester in front of the Sky Sports cameras next Friday night at The Eagles Community Arena.