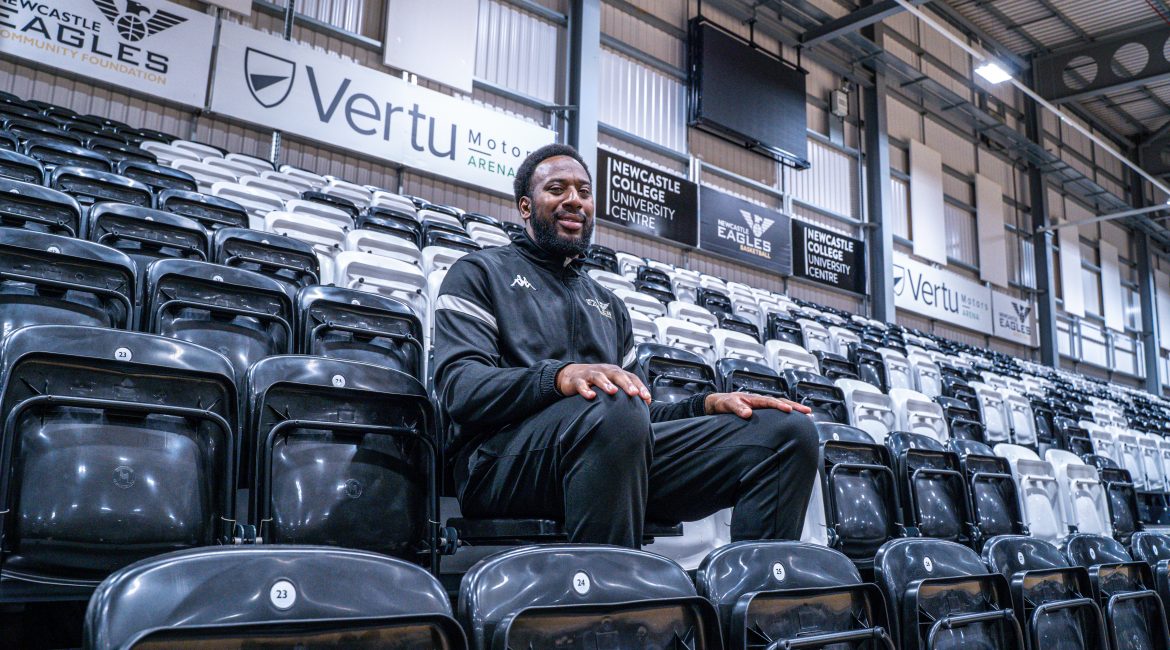 Newcastle Eagles are on the road today as they travel to Leicester to take on The Riders at the Morningside Arena in a crucial BBL Cup Quarter-Final.

After defeating Plymouth in the last round they were hardly rewarded with what looks, on paper, a very tough game indeed. Although perhaps it’s not the strongest Riders side of recent seasons.

They do sit fourth in the BBL but have lost four league games already. The latest being last Wednesday in Glasgow when they were soundly beaten 92 – 66 by Caledonia Gladiators.

They will though be determined to bounce back and a game against one of their fiercest rivals over the last few years. Eagles vs Riders is always a game that others look out for and being a Cup quarter final adds extra spice.

One man that knows all about these type of games is Eagles Captain and BBL veteran forward Darius Defoe who knows he has a big part to play in the game to help his side face their latest tough test.

Defoe is also aware that his side go into the game not in the best of form. They slipped to another disappointing loss last weekend at home to Plymouth and their 2 wins 7 losses start to the season reflects their disjointed and unsettled roster and start.

“We’re still disappointed about the loss last week and have had to work hard all week in practice looking at what went wrong. We’re trying to take it a game at a time and trying to build for the next game.”

“As Captain it really is down to me to get through to the guys how important the game is. That it’s the cup and what the rivalry with Leicester is all about. It’s a chance to advance and give ourselves a chance to win some silverware and the guys need to know that.”

Defoe doesn’t believe that Leicester’s most recent loss against Caledonia will have any bearing on tonight’s encounter.

“Just because they lost doesn’t increase our confidence at all. We have to go into their house at the end of the day. We have to go in there looking to play our game and hopefully beat them as well.”

“You have to play what’s in front of you and we know it’s going to be a tough game. We just have to be ready to bear the storm and see what happens. If we got the win it would be a great way to get the season back on track.”

“But at the same time if we do win down there it doesn’t meant that suddenly everything is okay. We just have to keep pushing, working hard and looking forward. Whatever happens we know we have a lot of talent in the team and will gel at some stage.”

“We need to stick together, execute the game plan and play hard. If we can do that and be consistent we’ll give ourselves a chance to win and that’s what we’re looking to do.”

The Eagles will be at virtually full strength. There are one or two niggles in the squad but all should be available to Coach Marc Steutel as he assesses his options. One of those options will be the return of top scorer Javion Hamlet.

Hamlet who was given leave of absence to travel home to see his newly born son come into the world is now back on Tyneside and ready to add his scoring firepower to the Eagles cause for tonight’s game which tips off at 19:45.

Fans can watch the BBL Cup action live on the league’s YouTube channel.