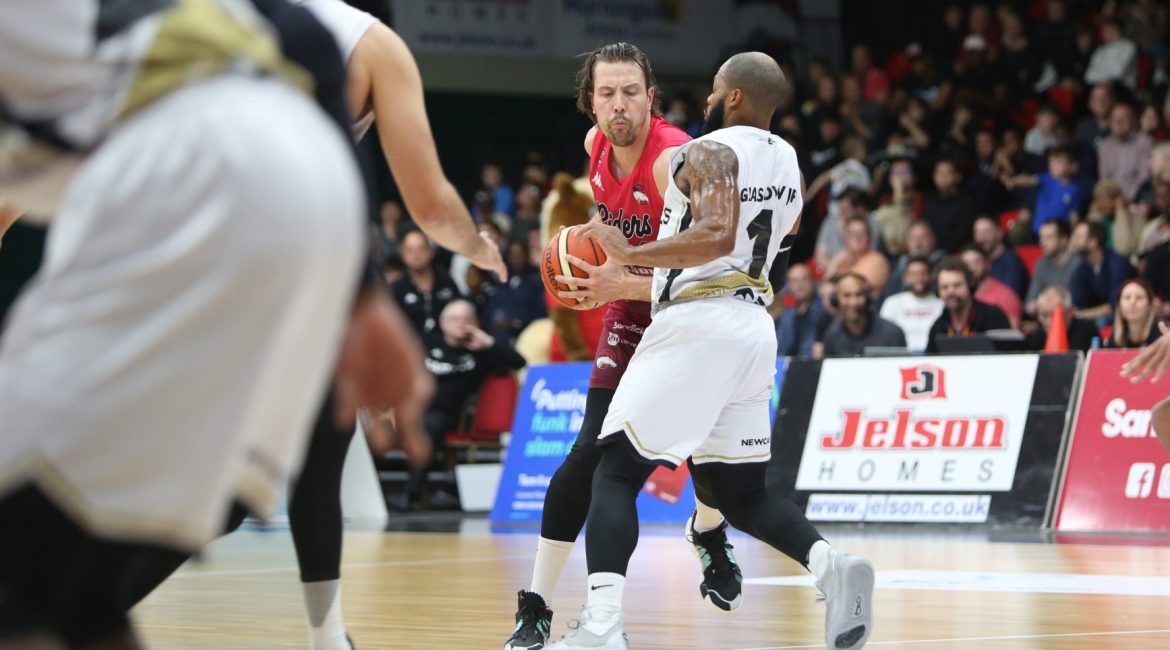 Rodney Glasgow Jr has lifted the lid on the biggest battle of his basketball career after finally securing his coveted British passport.

The talented playmaker feared he had reached the point of no return in his bid to represent Newcastle Eagles in the BBL Championship.

But Glasgow Jr admitted he was overwhelmed by the support he received from fellow players, staff and fans as he sat out three months of his debut season on Tyneside.

“It’s pretty natural to be down when you find yourself in a situation like that,” said the 27-year-old.

“There were times when I wondered whether I would ever get the chance to play for Newcastle again.

“I wasn’t sure how long I could keep doing what I was doing. And I wondered how long the club would be prepared to wait for the situation to be resolved.

“I was worried. Of course I was. But I stayed focused and the club kept faith in me.”

But he admitted that the wait for his British Virgin Islands passport – and the subsequent upgrade to a full UK passport – took its toll.

“I arrived here in the summer thinking it would all be sorted out pretty quickly,” he added.

“The first time I started to worry was when it became clear that my father’s name wasn’t on my birth certificate.

“That held up the first part of the process and from there it just became more and more difficult.

“I was pretty low at one point.

“But Paul [Blake, Eagles managing director], Ian [MacLeod, head coach] and Dave [Forrester, assistant coach] were so supportive every step of the way.

“They always said they would see this through with me, no matter what. And they were true to their word.

“They assured me that they were here to support me and it’s pretty rare for a professional club to take so much care.

“They could have been done with me after a few weeks. They could have given up. But there is a feeling of mutual respect and now it’s time for me to repay their faith.”

If Glasgow Jr’s numbers might have gone unnoticed in last weekend’s big wins against league leaders London Lions and BBL Trophy rivals Cheshire Phoenix then his overall contribution was key.

It was immediately evident that the returning guard needed no new bedding down period as he slotted straight back into MacLeod’s rotation.

And Glasgow Jr is focused on making up for lost time with the homecourt Riders in his sights tonight.

“I learnt a lot about my team-mates and this club while I was forced to sit out,” he added.

“I watched how the guys work together, where certain players want the ball and what our strengths are.

“The team has evolved during the last three months and I can be part of that evolution.”

Coach MacLeod could be without January Player of the Month CJ Gettys tonight after the towering centre rolled his ankle in the closing stages of Sunday’s win against the Phoenix.

And there is no sign of either Drew Lasker or Eddie Matthew returning to action anytime soon as both guards nurse ankle knocks of their own.

Tonight’s clash tips off at 8pm and the action is live on the BBL’s YouTube channel.