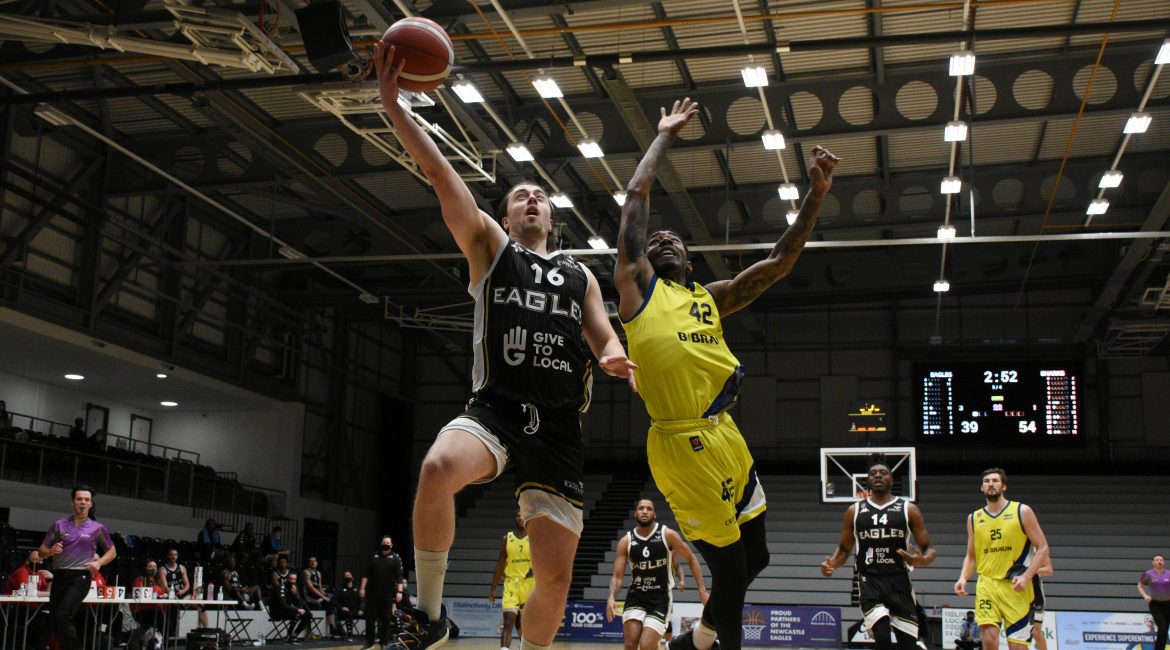 The only way to describe Newcastle Eagles disjointed and disappointing end to their six-match winning run on Friday night.

It came courtesy of an excellent Sheffield Sharks performance that saw the visitor’s take a 90 – 70 win.

A win that extended Shark’s own winning run to three games and leaves the Eagles looking to bounce back this afternoon down in Bristol. Going into Friday’s game Newcastle had also beaten Sheffield three times in competitive fixtures this season.

After a 4 – 0 opening salvo from the home side, Sheffield hit back immediately and once in front controlled the game throughout. Locking down Newcastle on defence and converting that defence into controlled effective offence.

Eagles did get back to within two points at one stage in the second quarter but Sharks re-grouped and produced a great second-half performance to blow Newcastle away. As the game went on very few Eagles players stood out.

Local lad Eddie Matthew did provide a little spark for his side late-on but as he himself said, it was too little too late as he reflected on the performance and the game this afternoon against Bristol.

“It was a tough one. I felt that on both ends of the floor we weren’t good enough. We didn’t move the ball particularly well and defensively we were poor. These tings happen at times and I guess it’s how you respond to it that’s important.”

“We’ll lose games this season but when we do we have to make sure we re-group and get ready for the next one. It’s frustrating as it’s as much about the manner of the loss and the performance as the result.”

“We can’t let our heads go down. We can’t turn on the referees and we can’t turn on each other. When it’s not going right in the game we have to re-group and go forward together and not let external influences dictate how we play both as individuals and as a team.”

Matthew contributed 8 points from the bench on a 100% shooting as well as showing some great defensive intensity but whilst he was pleased with his efforts he felt it came too late.

“We were down 15 when I came in so there’s not much pressure. I just tried to play aggressively, get some stops on defence, and take the shots when they were there.

“It helps when you play a few more minutes you can get into the game a bit but at the end of the day it’s about the team performance and not about individuals.”

Eagles face a similar scenario this afternoon as this is the fourth time they’ve faced Flyers this season and they have won all the previous games. Matthew is looking for an immediate response.

“The good thing is we get a chance straight away to put Friday’s game to bed and move on”, added Matthew.

“We have to make sure that we come out more aggressively this time than we did the last time we faced Bristol. That game we went down by 17 points in the first quarter.

“So, we have to be ready and make sure we perform together as we know we can as a team. We know how well we can play. We’ve done it all season. Hopefully, Friday is a one-off. We can’t let it lead to a downward spiral.

“We’ve got to nip it in the bud now, move on use it as fire to make us better and get back to winning ways as soon as we can.”

This afternoon’s game tips off at 5:30pm live on Flyers TV which continues a tough run of games for Newcastle as they also go to Leicester next Wednesday night before the return fixture with Sheffield Sharks at the ECA in front of the Sky Sports cameras next Friday night.