Player of the Month Award Number Two for Gettys 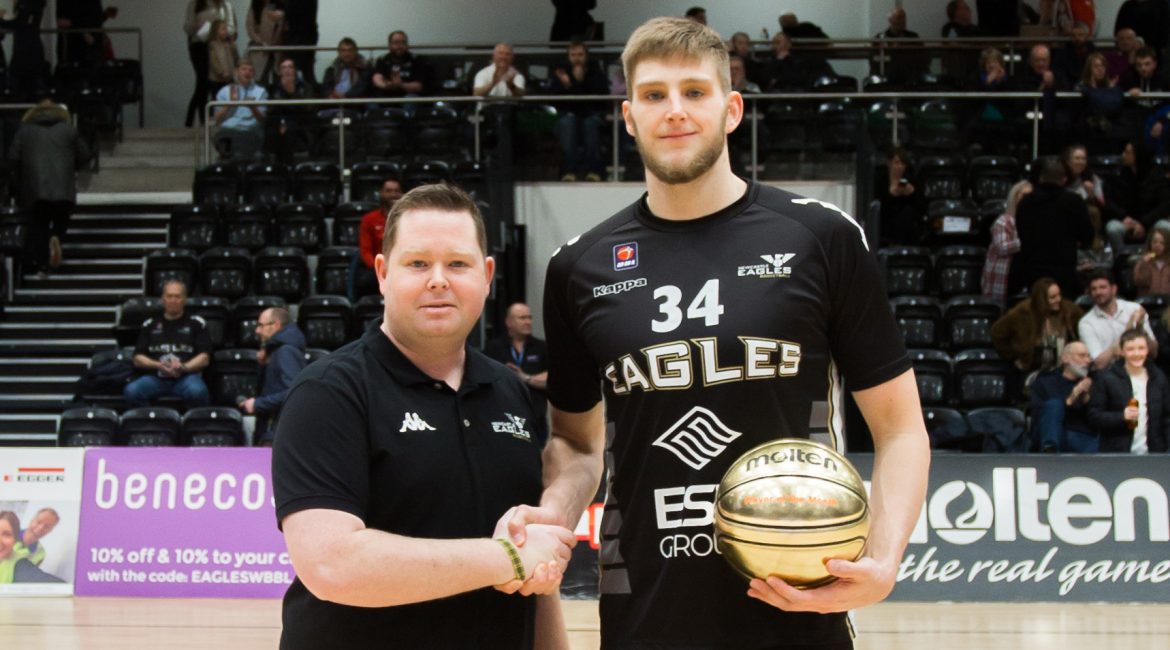 After an exciting January in the BBL, one of the first monthly awards of the new decade has gone, for the second month in a row, to our big man CJ Gettys.

Seven foot centre CJ Gettys has scooped the Molten BBL Player of the Month for January, which always looked likely as he made five straight appearances in the weekly All-Star 5.

Playing six games and 193 minutes over January, Gettys averaged a huge 25 points and 15 rebounds per game, as overall he leads the league by quite some distance in points per game, and is second in both rebounds and defensive rebounds.

He is the league leader in total field goals made and fifth in field goal percentage. Gettys shot 60% from the field in January, while also adding three assists and two blocks per game.

He opened the month with consecutive 30-point games, seeing Newcastle through the first round of the BBL Trophy with 31 points against Dunfermline Reign and then scoring 34 on Surrey Scorchers in the BBL Championship, amazingly adding 19 rebounds in both outings.

Gettys has recorded a double-double in all but one of his appearances so far, falling one rebound short last time out against Worcester. He also had 21 points with 15 rebounds against his former club, Cheshire, and followed that by shooting 77% from the floor on his way to 28 points with 12 rebounds against Manchester Giants.

Gettys also made this week’s All-Star 5 with a high-scoring week in the BBL Championship with six teams hitting more than 90 points and two going through the century in just five games, resulting in an All-Star 5 paced by big men from opposite ends of the country, alongside a pair of recent acquisitions and GB International Ovie Soko.

Almost a permanent fixture in the All-Star 5 – making his sixth appearance in the eight weeks since he joined Newcastle – Gettys now has three of the season’s top five Performance Points totals after scoring 30 points on an amazing 14-16 (87%) shooting against London Lions, adding nine rebounds and six assists as one of the premier passing bigs that the BBL has seen in recent years.

See the full week 21 pick of the players on the BBL website.