Patched Up Eagles Prepare For Plymouth 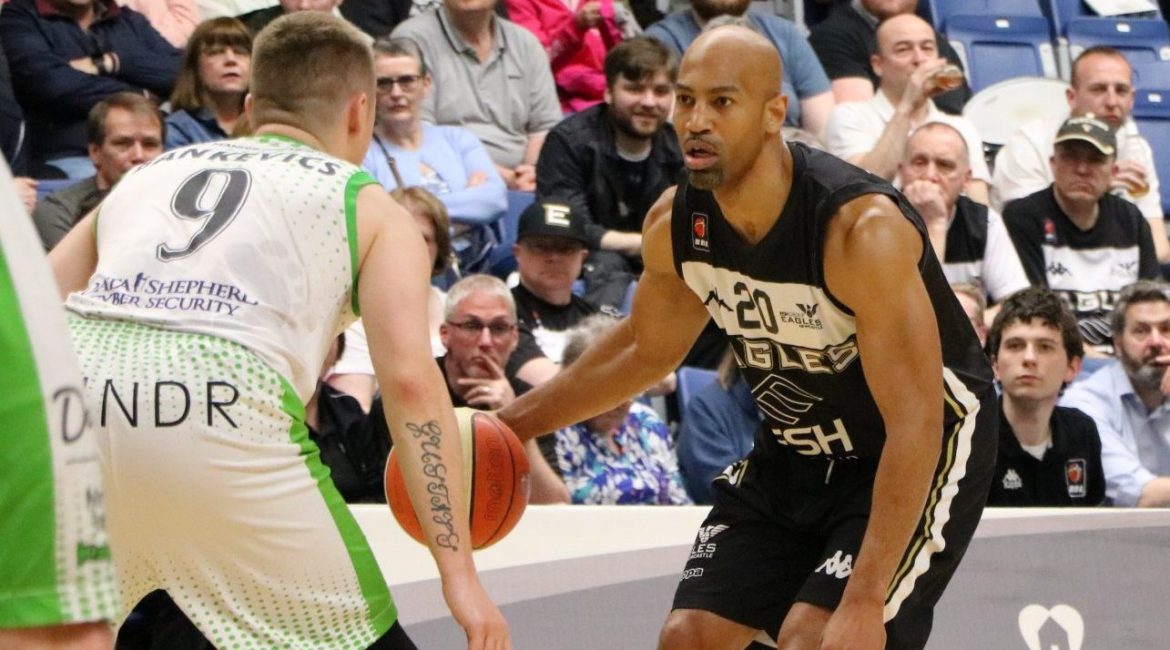 Fabulous Flournoy will take a final roll call of his walking wounded tomorrow night before deciding on which players are deemed fit enough to face Plymouth Raiders on Friday.

But the Newcastle Eagles playcaller admitted he doesn’t know what to expect after an injury-ravaged season went from bad to worse.

And the New Yorker admitted: “It’s become an all-too familiar story – and the story of our season.

“I must have visited the hospital every week for six weeks now. Whether it’s my own injury or one of the other guys I’ve become a familiar face at the Freeman, the RVI and the QE!

“Jamal’s injury almost felt inevitable. He was just recovering from nerve damage in his hand when he broke his arm in the game at Glasgow.

“The two injuries are completely unrelated and that just sums up how things have been going for us lately.

“I really feel for him as he was working so hard to get fully fit for the playoffs.”

By rights Flournoy should not be in the frame for the final two matches of Newcastle’s regular season this weekend.

But the veteran forward will fight through the pain barrier to suit up against Plymouth and Surrey – and face the consequences later.

“The way I look at it we’re heading into the playoffs and I’ve got all summer to worry about my injury,” he added.

“And that’s the vibe I’m getting from the other guys too.

“Neither Jamal nor Jaysean Paige were going to play against the Rocks on Sunday but when they realised the predicament we were in they both put themselves forward.

“As a coach you don’t want to play guys when they’re not ready but on the other side of the coin it’s great that everyone’s pulling in the same direction.

“All of us can play a few minutes here and there and ease some of the pressure on those guys who have been playing week in, week out without any respite.

“I know my limitations and physically there are things I just can’t do. But that doesn’t stop me from doing what I can.”

Flournoy, Paige, Darius Defoe and Drew Lasker all face late fitness tests this week but it would be no surprise to see all four suit up against the Raiders.

Youngster Themba Yabantu – promoted from Newcastle’s Academy at the height of the club’s injury crisis – looks unlikely to play any part after picking up an ankle injury playing for Gateshead College.

And it remains to be seen whether Flournoy turns to one of Team Northumbria’s Division One players in a bid to bolster his bench at the business end of the season.

Newcastle tip off against Plymouth at 7.30pm on Friday with tickets still on sale.