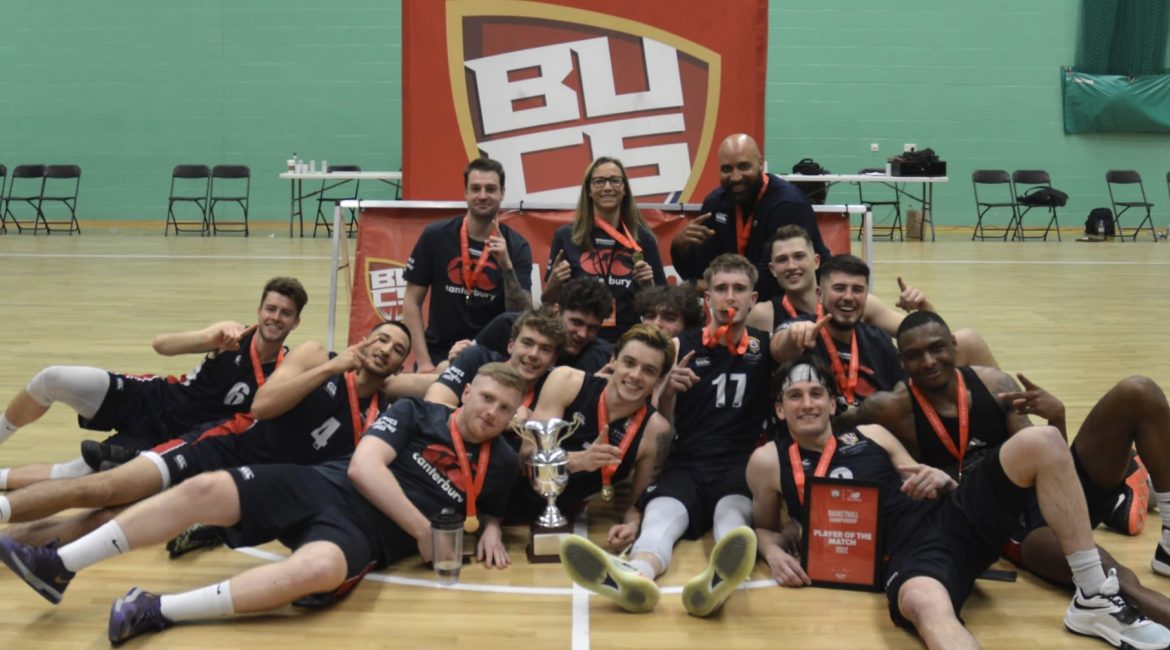 Congratulations to our BBL feeder team Newcastle University who have won the BUCS Championship for the first time!

Newcastle overturned a half-time four-point deficit with a huge third quarter that changed the game and helped them to the win.

The Newcastle University set-up is now closely linked to our men’s programme and features a number of familiar faces to Eagles fans.

Our former assistant coach Mark Elderkin is at the helm for the University with former Eagles star Charles Smith assisting and both current BBL training player Ronald Blain and rookie Sam Mamuni on the BUCS and NBL rosters.

Further cementing links with the University, earlier this year its head of women’s basketball Noelia Cacheiro was appointed as Eagles WBBL head coach

“As finals very often are the game was a little nervy and tight, just waiting for one team to get going,” said Newcastle head Coach Mark Elderkin.

“We had a huge defensive third quarter and John Cork provided a giant spark off the bench. It’s our first time ever winning the BUCS championship and something we will remember forever.”