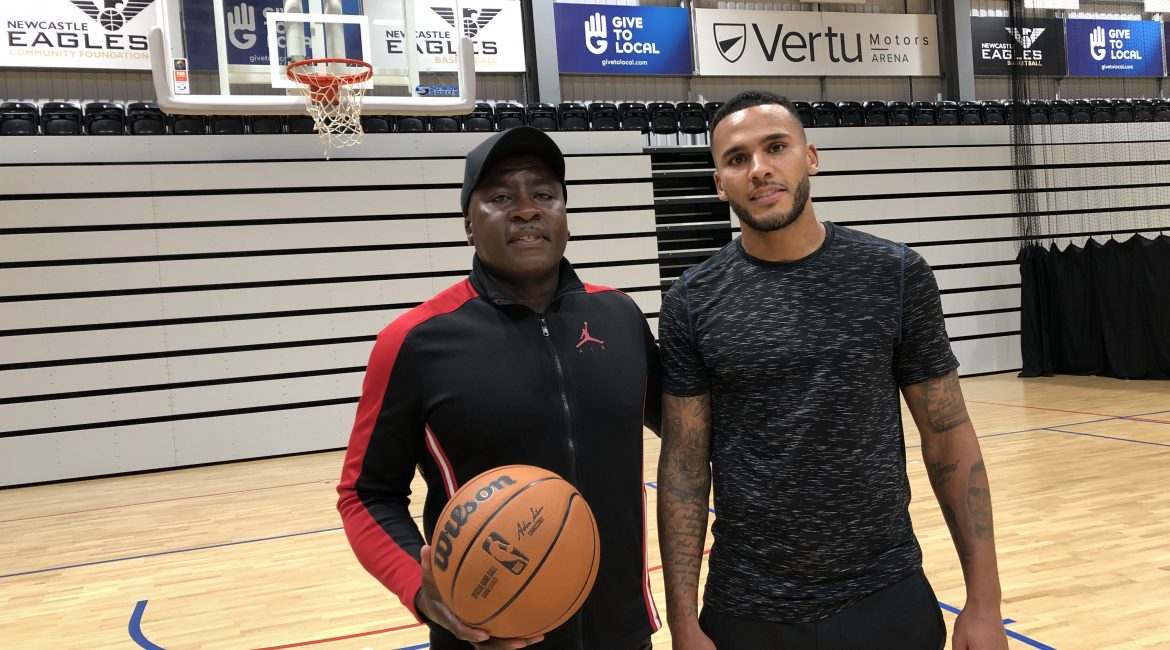 Newcastle United skipper Jamaal Lascelles has hailed city neighbours the Eagles as the benchmark for success after the former baller opened up about his longstanding love affair with basketball.

The Magpies’ star is the son of former Derby favourite Tim Lascelles while brother Rema has played professional hoops all over the world.

And Jamaal and Rema’s babysitter when the brothers were growing up in the East Midlands was none other than Toronto Raptors’ NBA Championship-winning head coach Nick Nurse.

“It’s huge for me as a basketball fan that Newcastle is home to the best club in Britain,” he said.

“The Eagles are probably the most successful current team in any sport if you look at their record during the last 15 years.

Arena Closed on Monday Out of Respect For The Queen’s Funeral
September 9, 2022

“I love my basketball and I’m determined to get behind the guys more and more this season.

“I was a little conflicted when my brother Rema was playing for Newcastle’s fierce rivals Leicester and I kind of kept my head down during that period!

“But he’s moved on now and I don’t feel any sense of divided loyalty. I can throw my full support behind the Eagles…and I will.

“They have a fantastic venue in the shape of the Vertu Motors Arena and I’m aiming to get down to a game as soon as I can.”

And younger brother Jalen joined Leicester’s Charnwood Basketball Academy at the start of last season after making his name with Derby.

“I remember when we were all little kids, dad used to pick us up from school and take us straight to his basketball practice,” added Jamaal.

“We used to watch him train and go to all of his home games. Mum was there too and basketball was a real family affair…even before we started playing.

“Once Rema and I were playing regularly it could get pretty busy. We were playing loads of other sports too and I was heavily involved in football.

“I chose to go with the football from the age of 14 and at that point I had to stop playing basketball.

“But Rema went on to play at a top university in Hawaii before playing professionally in Germany, Spain and the UK.

“I just love basketball and I’ve got a few friends who I grew up with who are still playing at the top level now.

“Josh Ward-Hibbert played for Leicester for many years before moving to London Lions and he’s one of my best friends.”

Basketball is still a huge part of Jamaal’s life and much of his downtime is spent catching up on NBA and BBL action.

“I come from a sporting family and it’s just in-built,” he added. “I’ll watch any game of basketball that you put in front of me whether it’s BBL, a US college match or the NBA.

“I’ve never been over to the US for an NBA game but that’s one of my greatest ambitions and something I’m sure I’ll do soon.”

And Jamaal and father Tim hooked up with Nurse for an exclusive NBA Europe chat last month when the pair talked all things basketball…and babysitting.

“Nick was dad’s coach at Derby for a while and he often used to come over and look after me and my brothers,” added Jamaal.

“It’s just amazing that he’s gone over to the NBA and won the title in his first season in charge!

“It’s great for the BBL that the league has links and representation in the NBA right now — it can only benefit the game over here.”