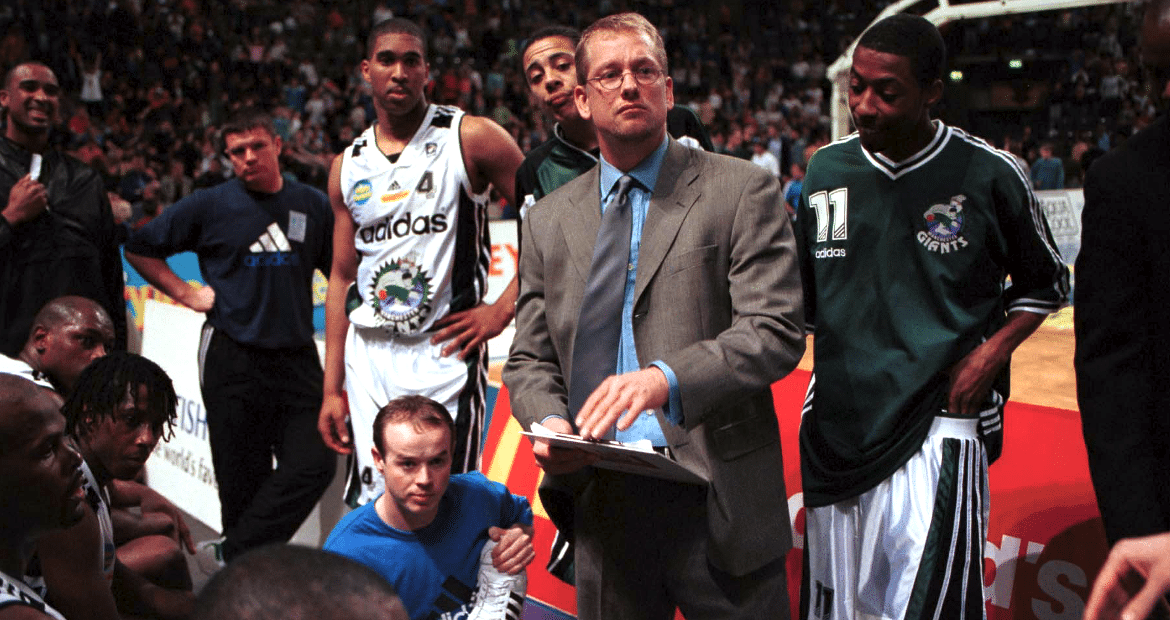 Perfectly timed as we start our series of stories about faces of British Basketball with Eagles connections we congratulate Nick Nurse, the two-time BBL Coach of the Year who brought our own Fab Flournoy to Britain, on being confirmed as the new head coach of Toronto Raptors in the NBA.

It was back in 1996 when a phone call from Nurse, who had been the head coach of the Birmingham Bullets for just one year at the time, persuaded Fab to up-sticks from the Bronx to the UK in a move that would change both his future and that of British Basketball.

In his inaugural season at the Bullets, Fab debuted for Nurse against the Greater London Leopards and clocked up 780 minutes, averaging 8.5 points and 7 rebounds per game.

Nurse left Birmingham and Fab in 1997, but returned to the BBL in 1998 and went on to claim the league’s top coach title in 2000 and 2004 following successful seasons at Manchester Giants and Brighton Bears, having also coached Derby Storm and London Towers in a British Basketball career going back to 1990.

The Iowa native also had a spell as the Great Britain Senior Men’s assistant coach and now makes the step up to a head coach role in the NBA after five years as an assistant at Toronto.

“I’m proud to take on the role of head coach of the Raptors, and to continue to work with the exceptional players we have here,” Nurse said in an official release from the Canadian club.

The best of luck to a former face of the BBL in Nick, from everyone at the Eagles.