Mike Made It Back For The Big Win 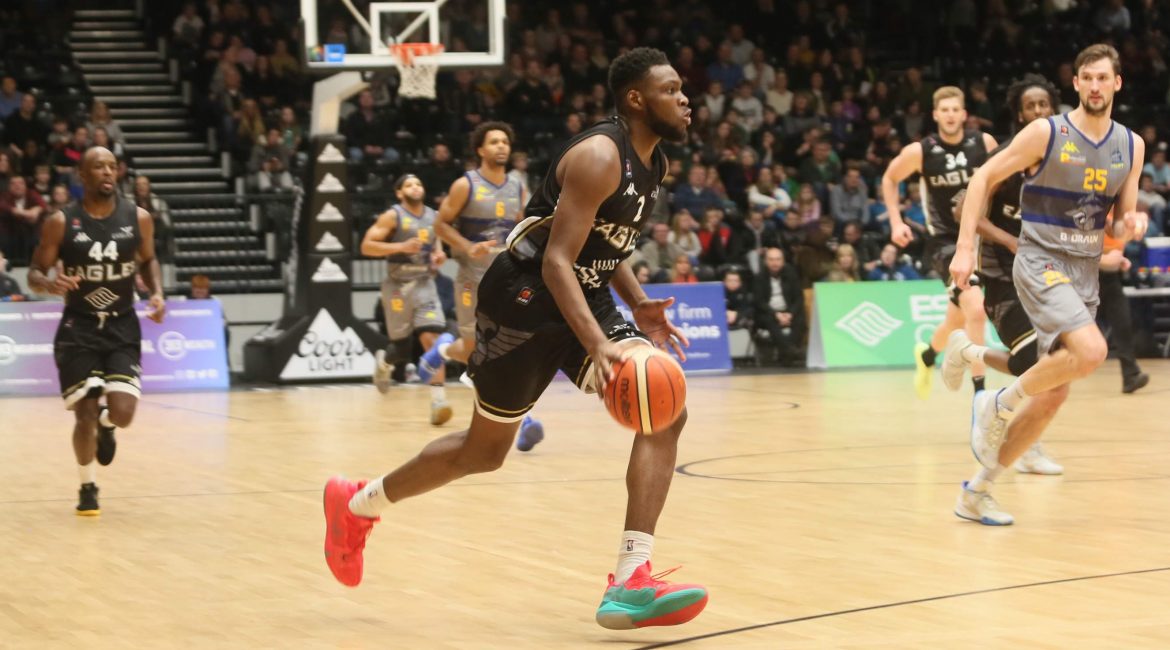 It was possibly the most important game of the season for Newcastle Eagles on Friday when they faced Sheffield Sharks in the BBL Trophy Quarter-Final. Sharks had never lost at the Eagles Community Arena in four previous visits and had won six out of the last seven competitive contests played between the two sides.

For Newcastle they needed a big performance and win in front of their own loyal and faithful supporters after showing indifferent form at their still new home this season. By the end of 40 well contested minutes that’s what everyone in the Eagles family got as they triumphed 86 – 79.

After being accused of lacking heart and purpose in their last home game this was the perfect answer to the doubters. A great all-round team performance led by Captain Rahmon Fletcher with 30 points who had considerable support from all his teammates.

One of which was Mike Morsell. The young American has had an in and out season blighted by injuries but has shown when fit that he can play at this level and then some. Friday proved that in bundles with an excellent return to the side following his recent injury.

He put up 18 points, 9 rebounds and 3 assists in an all-action performance that saw him show his worth to his team. He was a delighted man at the final buzzer celebrating a big win for his side.

“That was a really good win for us. We’d lost a couple of games against them so this one was kind of personal. So, we had to go out and get a win and it’s really exciting to have done that and get to the semi-final.”

“Any time you can give yourself a chance to win a trophy is very important so we’re definitely happy to come out with a win and give ourselves a chance to go further.”

Cheshire Phoenix await the Eagles in the semi-final and having very recently beaten Newcastle by eighteen points at the ECA they will prove a touch obstacle. But, a great defensive effort and smart performance from the home side will give confidence that it’s an obstacle they can clear.

Even more so if they can keep Morsell fit and he felt good after his vital contribution to Friday’s win.

“I feel A-Okay. I mean I’m a little tired because it’s my first game in a few weeks so I’m a little bit tired but I’m really happy to be back at it and it’ll come. I’m really pleased with my contribution for the team and helping us get the win.”

“My shot in the first half wasn’t falling but Coach Mac(Leod) and my team told me to keep shooting and keep being aggressive so that’s what I did and it came together in the second half so I’m happy and excited right now.”

The Eagles though cannot get ahead of themselves as their next game sees them go to Worcester next Friday for a tough BBL Championship clash. Newcastle have already been to Worcester this season going down to a 90 – 86 defeat in the BBL Cup Quarter-Final.

“We handled tonight’s game really well but we know it’s Worcester next week and we’ve got to get ready for that one. They’re a really good team especially at home so we’ve got to use this week well and prepare for that challenge.”

Having Morsell back is definitely a bonus for Coach MacLeod and his team especially with veteran guard Drew Lasker looking to be out for a few weeks with a nasty ankle injury.

The Club are hopeful though that they will also be able to resolve the long-running Rodney Glasgow Jnr saga and have the influential guard added to their roster in the very near future.