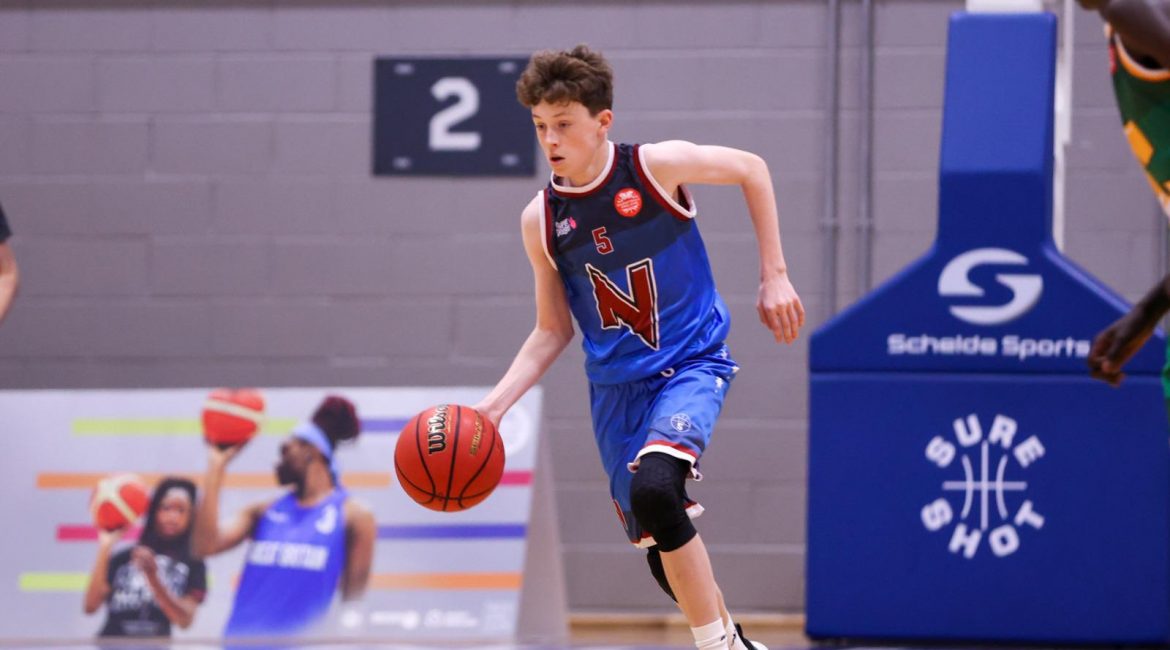 George Merrifield flies the flag for the Eagles Academy this weekend after the hot prospect won his place at the inaugural Aspire All-Star National Tournament.

The cream of the country’s Under 13 and Under 15 hoops talent descends on Manchester’s National Basketball Performance Centre for two days of red hot action.

And Merrifield has been named in the North’s Under 15 boys’ squad — coached by former Newcastle Eagles assistant Mark Elderkin.

The North takes on teams from the Central, South and London regions in a first of its kind showcase for the game’s rising stars.

And after a gruelling selection and scouting process, Merrifield made Elderkin’s final 12-strong roster.

“For the first time, we will be featuring our young players as they represent our four Super Regions and these games will showcase the best young players in England who have participated in the Aspire programme.

“These young athletes are still at the development stage of their journey and we want to celebrate their early success.

“It’s also a chance to assess their growing fundamental my skills and potential in a competitive, performance environment.”

Find the full schedule of the weekend’s games, the standings from day one and more details on the Basketball England website.