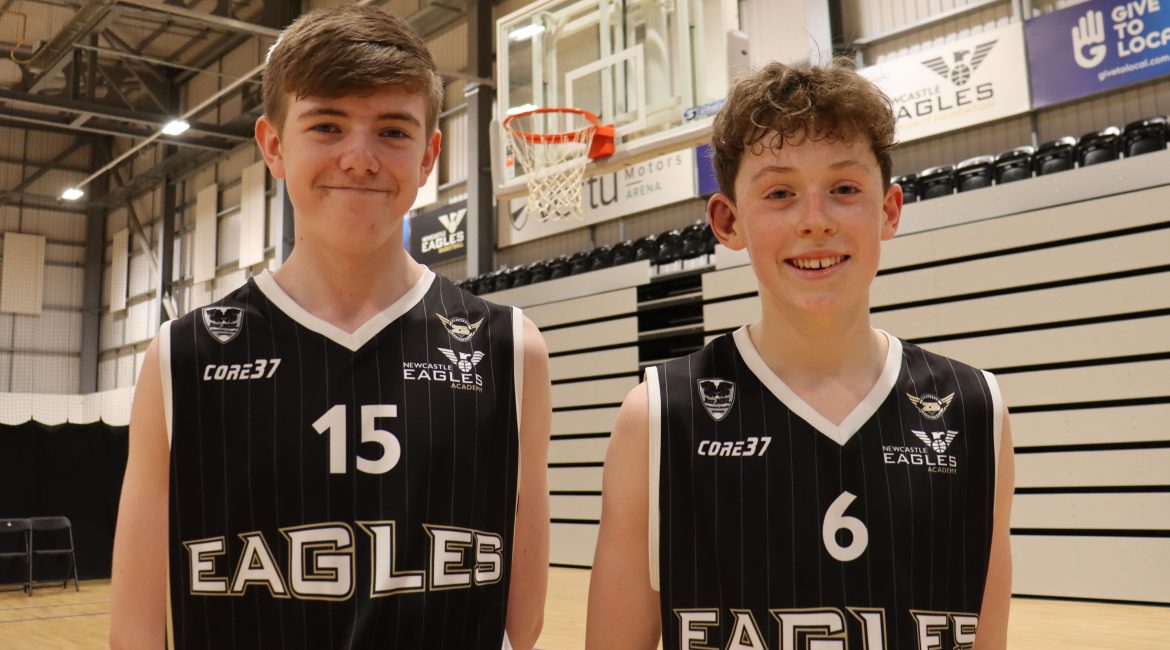 Two of the rising stars of the Newcastle Eagles Academy are shooting for glory after bagging spots at prestigious national basketball camps.

And the pair have been selected to represent the North’s Super Region as part of the Basketball England Aspire programme.

Tucker and Merrifield have been pivotal to Newcastle’s third-place finish in North Premier this season and the team’s progression to the next stage of the play-offs with their win on Sunday against Lewisham Thunder.

“Both George and Luke’s achievement is a testament to their hard work throughout the season,” said head coach Gaynor.

“Their dedication to their sport is second to none and their willingness to do the little things that it takes to reach the next level is there for all to see.

“All of us at the Eagles are very proud of their achievement.”

The Aspire programme brings together talented 11-15-year-olds from across the country in a bid to hone basketball skills and develop individuals on and off the court.

Tucker has been selected for the Under 13 group with team-mate Merrifield suiting up for the Under 15s. The Aspire programme is split into 11 regions and four Super Regions.

Tucker and Merrifield will attend North Super Region camps in April, May and June with the season-ending Aspire All Star tournament taking place at Manchester’s National Basketball Performance Centre from June 17-19.