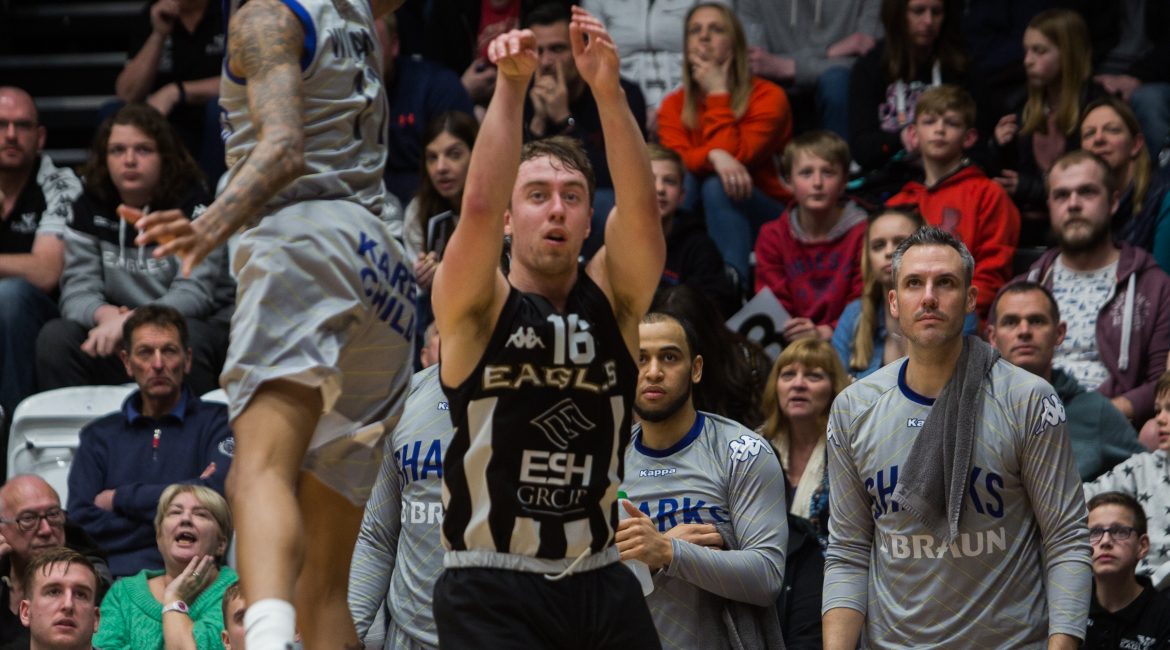 There can’t be many 23-year-olds that will begin their 8th season as a BBL player but Eagles Academy graduate Eddie Matthew is one after his resigning was confirmed by Newcastle Eagles for this season.

Matthew’s senior career started when he was still part of the Eagles’ junior setup way back in 2012 when as a raw 16-year-old he commenced his BBL life. This will be his fifth season as an Eagle, the other three years made up with two at Leeds Force and one at Plymouth Raiders.

The sharp-shooting Scottish International guard has the ability to play in this league as past seasons have proven and he’s pleased to be back on the Eagles roster for the coming season and is impressed with the summer recruitment.

“I’m thrilled to be back at the Eagles for another season, and I’m excited because it looks like the team that the coaching staff have put together has a great pedigree. With a good mix of youth and experience who will hopefully set the tone in terms of being cultural architects.”

He also gave a nod to those returning to the fold this year and emphasized who they were all looking forward to giving their all to return Newcastle to the higher echelons of The BBL.

“I know the guys who are returning to the ECA will have been frustrated with the outcome of last season, such is the high bar the Eagles have set for themselves over the decades, but as usual our goal is to grow, improve and win some silverware.”

As far as his own targets are concerned, he shows a lot of maturity, intelligence and eloquence as he sets out his thoughts for the season.

“In terms of my own goals, it’s my firm belief that basketball is a game of cooperation, and like any successful social group it requires its members to sacrifice for the good of the collective.”

“With that in mind I think it appropriate to underscore my desire do whatever is needed, to fulfil whatever role, my coaching staff and teammates need of me. Whether that’s shooting threes, playing some defence, or helping guys understand the nuances of the offence”

“It’s important this season is successful, and vanity or ego can’t undermine the goals which can only be achieved when we put those things aside. I’d like to say thanks for the continued support of the fans and see you all on the 3rd.”