Mac Turns Magnifying Glass On Team To Rebound From Riders 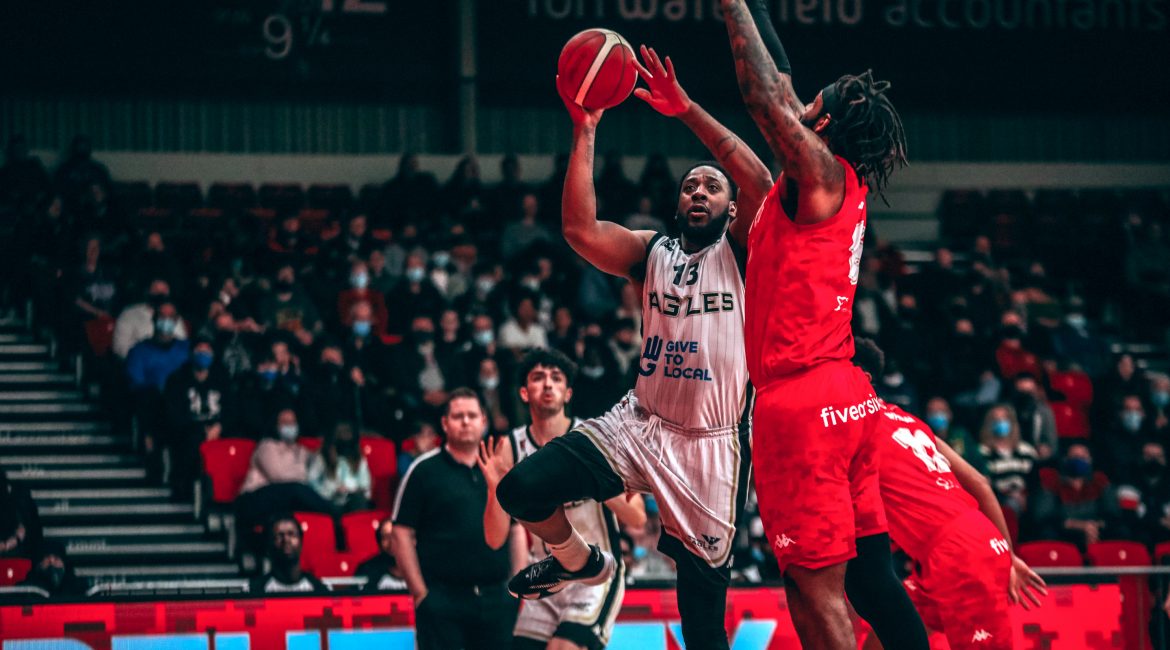 It was another tough night for Head Coach Ian MacLeod and his Newcastle Eagles on Friday as they crashed to a 101 – 72 defeat at Champions Leicester Riders on Friday night, writes Jeff King.

In front of the Sky Sports cameras, warts and all were on view in another disappointing Eagles performance. But as ever, MacLeod was insightful honest and open as he considered his side’s efforts and what they need to do moving forward.

“We allowed Leicester to pretty much get everything they wanted and didn’t move the ball well all game. Defensively 27, 27 and 26 that was what we conceded in the first three quarters and that’s unacceptable.

We didn’t take anything away and we weren’t physical enough. There were only ten foul shots taken in the game. If someone puts 101 points on you, you need to force them to take at least twenty foul shots and earn it.

I don’t think it was a scheme point of view we just needed to be tougher defensively. Then two fast break points. If you’re not doing those things and giving up a lot of baskets it’s very difficult to get out and go the other way to supplement your offence.”

The Eagles now have a 4 – 4 record in the league and overall adding in the BBL Cup campaign they are five wins and eleven losses overall. For such a talented roster that has to be a real frustration for a Head Coach who clearly understands the position.

“Then we kind of hand two games over. Not too Leicester who were very good tonight. We didn’t hand this game away but certainly the Bristol game we did. It’s stuff we’ve done and showed we can do. It’s not delivering it consistently is the biggest frustration.”

So, simply put, what does the Geordie play-caller feels needs to change.

“Urgency, physicality. It has to come from within. We can run different offences, that’s irrelevant. It’s about the defensive end primarily and then rebounding side of the game. But physicality is the biggest one and it needs to be a spark. We need to look at ourselves individually and as a collective and find a spark.”

The Eagles are next in action on Tuesday 28thDecember when Cheshire Phoenix will be the visitors to the Vertu Motors Arena. Could MacLeod take any positives from Friday night to build on for the next game?

“Maybe it’s highlighted what we need and what we need for the rest of the season. If we were looking okay and scraping wins right now we maybe wouldn’t look at ourselves so intently. So maybe it’s a chance to turn the magnifying glass on ourselves right now.”

There’s no doubt at all with still over half a season to play, the BBL Trophy on the horizon and end of season play-offs to aim for that Newcastle need to look deep and hard to find the consistency their undoubted talent has so far failed to attain.