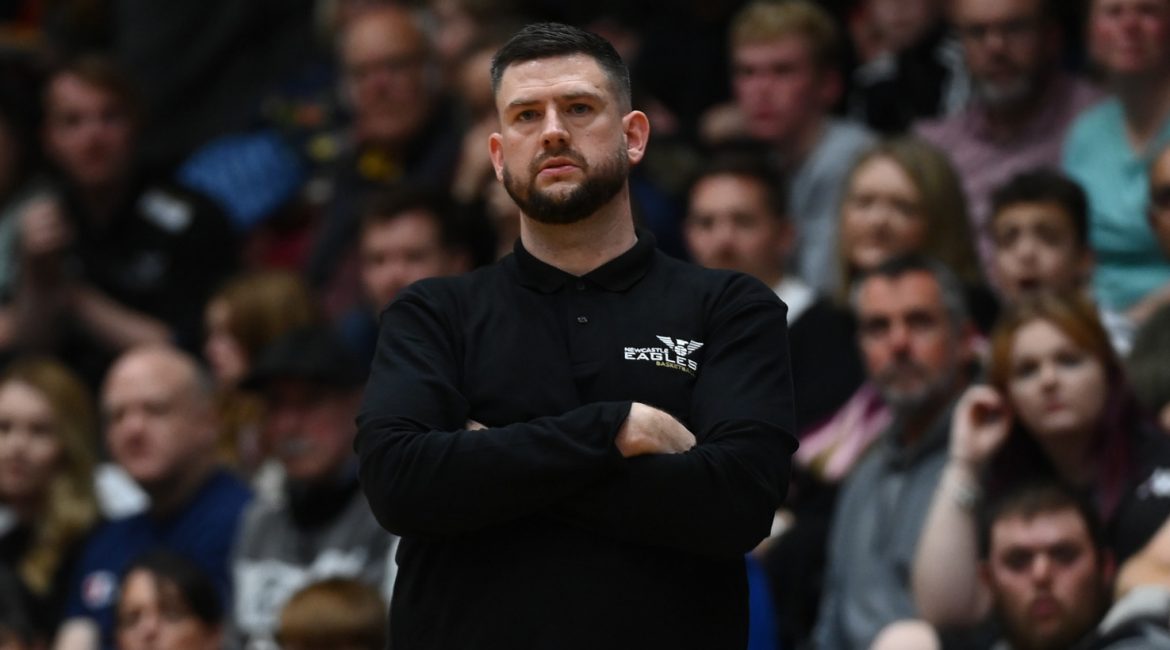 It was another tough night for Newcastle Eagles Head Coach Marc Steutel and his players on Friday at Sheffield Sharks.

Going into their fourth BBL Championship game of the season they were searching for their first league win.

Coming out of the game after 40 minutes basketball where defences were well on top, they are still looking for that first league win. There current 0 – 4 record represents their worst start in a BBL season since 1991/92.

Worrying times perhaps but once again the Eagles were right there for most of the game and only a really poor third quarter ultimately cost them the game. In a first-half where neither side shot the ball well, Eagles went to the locker room 31 – 30 ahead.

Even the fourth period went their way as they took that by two points. But, it was the 19 – 10 reversal in the third that was the difference as Sharks virtually closed Newcastle down in that ten minute period to take an eight-point lead into the final stanza.

In a game where the scoring was low and the percentage shooting was even lower, eight points was just too much to pull back for Newcastle.

“It was a very challenging game. Defensively I thought we were pretty solid for the most part”, said Steutel.

“We just didn’t want Bennett Koch to have the game he had but for the most part we held them to the target we wanted too.”

“But offensively we were frustrated with our lack of discipline in execution. I think we went away from things that we wanted to do which was frustrating offensively. We have to make sure we get back to doing what we want to do offensively and being really, really consistent.”

“We have to make sure that the ball does the work for us. We played some periods of basketball where we were exceptional but we played too many where the ball sticks, we don’t have our spacing don’t get to our spots and we don’t look like we know what our roles are.”

“We have to be more consistent and that guys are getting touches and the ball seeing second and third sides and we’ve got to get that fixed quick. I think it’s about execution. It’s a word that’s used a lot but we have to be better at executing our plans particularly on the offensive end.”

“We’ve got guys that can impact the game but we have to be in synch and we have to be consistent. We have to get to our spots and make better decisions and execute better and with more togetherness.”

Certainly Steutel can be seen to have the right attitude and fortitude to take his side forward and it’s also obvious that the pre-season circumstances and early changes to the roster haven’t yet allowed his side to gel in the way that he’d like.

Foul trouble was a big issue on Friday as well with Jermel Kennedy fouling out and early fouls for both Darius Defoe and new recruit Donovan Johnson saw them failing to impact the game they way Steutel would hope and know they can.

They also lost Ben Mockford early in the game through injury which didn’t help their rotations and limited Steutel’s options.

Questions then to be answered before Newcastle play next on Friday night at the Vertu Motors Arena against Bristol Flyers.

Tickets for Friday night’s tip-off are available from the box office.