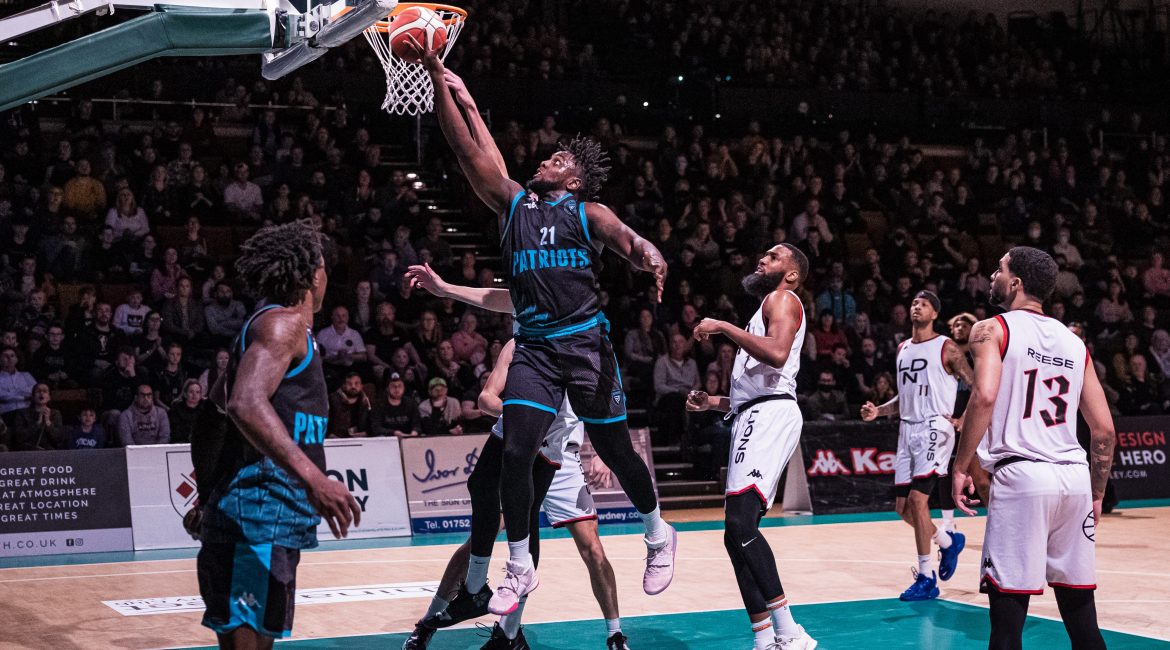 The first signing of head coach Marc Steutel’s reign at Newcastle sees proven forward Rowell Graham-Bell arriving to give power and scoring ability to what will be a new-look Eagles side.

The 6’6” former Plymouth City Patriots star swoops into the Vertu Motors Arena for the 2022-23 season after an excellent last BBL campaign averaging 15 points and 7 rebounds per game.

“It feels great to be playing for this club and I hope the fans are excited to start the season,” said Graham-Bell.

“The Eagles have always been a team that’s in the conversation for me and I’ve heard nothing but good things about Newcastle, which made the decision to come here easy.

“I hope to bring the full package of offence, defence and energy. I take pride in doing all these things to the best of my ability and I can say without a doubt those skills have increased and will continue to.”

The explosive forward brings international experience to Tyneside having previously played in Spain for six seasons moving from EBA to LEB Silver and then LEB Gold.

Prior to signing for the Patriots in 2021 the 27-year-old Londoner played in Iceland’s top division as well as Germany’s Pro-B league, gaining him exposure, experience and talent that now sees him earn the first contract Eagles announced under Marc Steutel.

“Rowell is an extremely exciting player and one I can’t wait to see in a Newcastle Eagles uniform,” said the Eagles head coach.

“He is dynamic, fiercely competitive and has shown his versatility and skill over his career in many ways.

“Since working with Rowell on the GB Under-20s National team in 2013 I have followed his career closely and I am ecstatic to get the opportunity to work together again.

“As impactful as a player Rowell was last season for Plymouth, he and I both believe he has still more to offer and I’m excited he’ll be doing that with us this year.

“I know that the Eagles fans will love Rowell and the way he plays the game. He is key in helping us build our identity as a team heading into this season.”

Rowell has been keeping in trim for the new season and honing his skills with a spell in Canada’s CEBL league this summer, turning out for both Edmonton Stingers and Newfoundland Growlers so will be match-fit as he flies into Newcastle.

“Being a part of what coach Steutel has coming is exciting for me as I’m sure we are on the same page from the conversations we’ve had,” added Graham-Bell.

“If there is one thing I would say to the fans is I promise you this going to be a fun season for everyone and I hope they are ready to make a lot of noise.”

The rebooted Eagles roster will have an exciting schedule of pre-season games to get ready for the 2021-22 campaign and season tickets are still available with the Early Bird discount which has been extended until the end of July via the Newcastle Eagles box office.