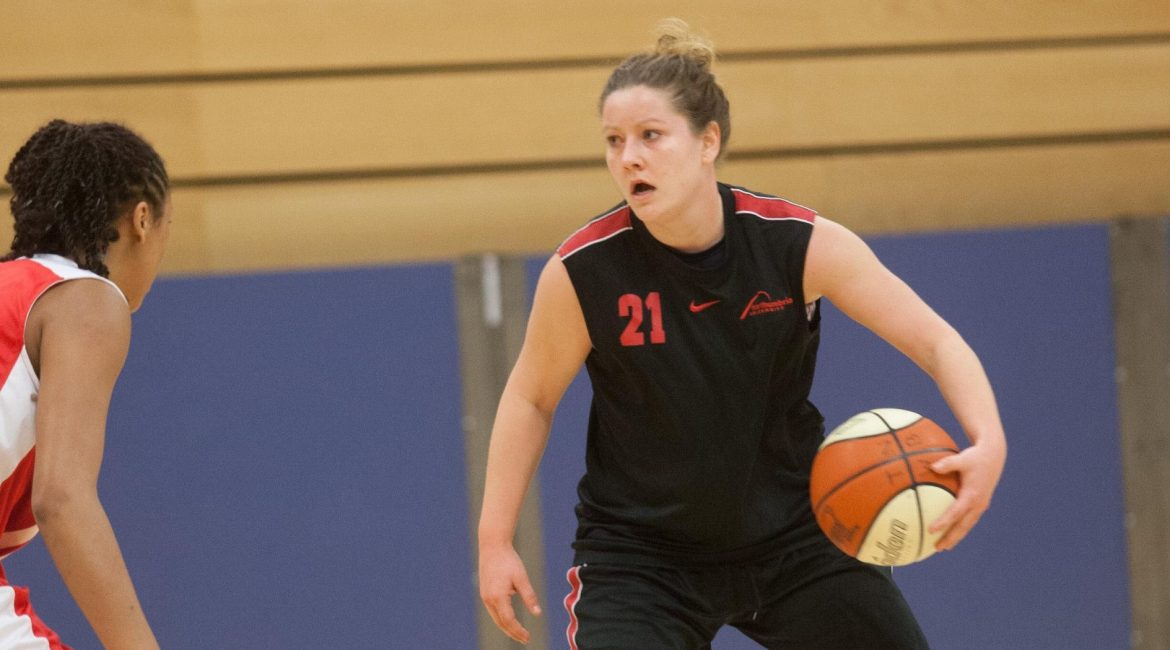 Chris Bunten has gone back to the future after revealing Ruth Davison will relaunch her top fight flight career with Newcastle Eagles WBBL this season.

The former Team Northumbria and GB Under 20 guard burst onto the local hoops scene more than a decade ago.

And Davison co-captained England’s Under 18 squad in 2008 at a time when a number of elite US colleges were tracking her progress.

The Gosforth-born playmaker stayed in the UK and played for both Team Northumbria and Leeds in the women’s top division before taking a break to have her first child.

“Ruth got in touch last season to say she was missing basketball at the top level again and came to a few training sessions,” explained Bunten.

“She’s always had the talent but I guess she put too much pressure on herself as a young player and wasn’t enjoying her basketball as much as she should have been.

“She became a mother and now she’s regained that passion for the game she loves. She’s been getting stuck into practice and starting to get back into shape.

“I’m really excited to see Ruth back. She’s a player who can make a real contribution this season and become a real asset for the Eagles.

“She loves Newcastle and loves her basketball. It’s a huge bonus to be able to bring her on board.”

As a talented teen Davison was supported by Sport Newcastle and widely tipped to seal a lucrative college sponsorship in the US.

International honours followed and the backcourt star made a key contribution to the Team GB squad at Under 20 level in 2013.

But Davison chose to step away from elite hoops following a spell with Leeds and was playing local league basketball before reaching out to Bunten.

“I think there’s an element of unfinished business where Ruth is concerned,” added Bunten. “She has so much more to give to the game and she’s still young enough to go on to enjoy a successful ‘second’ career.

“Her attitude has changed. She’s far more relaxed about her game these days and simply wants to make the most of playing basketball.”

Newcastle Eagles WBBL tip off their pre-season campaign with a friendly against Edinburgh at Northumbria University’s Sport Central on Saturday.

Bunten is busily working towards finalising the remainder of his roster ahead of this month’s trip to Leicester and back-to-back matches against the Riders.