Gorrell Gets Into WBBL Team of the Year 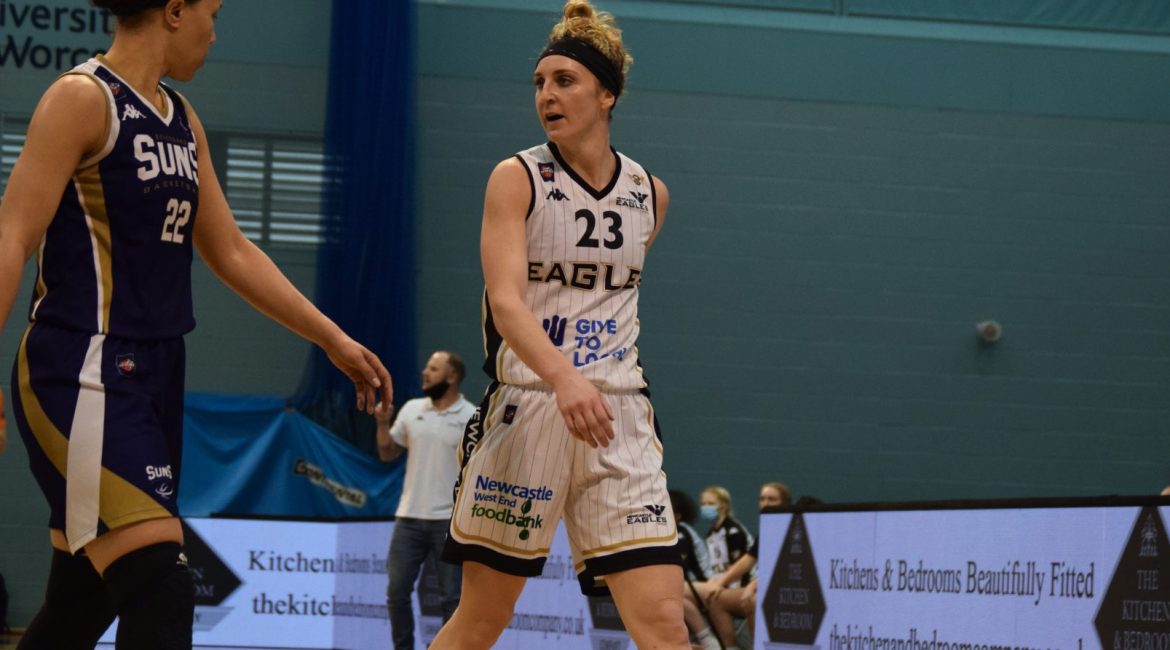 The 2020-21 Molten WBBL Team of the Year, as voted by WBBL Head Coaches, stars our Eagles co-captain and point guard Alison Gorrell.

The league’s leading scorer features in the Team of the Year for the third straight completed season.

Gorrell paced the league by some distances in scoring at a mark of 23.6 points per game, scoring on average one third of her team’s points as she proved unstoppable throughout the campaign.

Doing a bit of everything for her team, as captain, the Coloradan was also fourth in the WBBL for steals per game (2.5), fifth in assists (5.3) and tenth in defensive rebounds (6.1).

Those were career highs in points and assists, and despite voting for this award having been conducted based on the regular season the point guard has only pushed on from there with an inspirational triple-double of 22 points, 12 rebounds and 10 assists as Eagles caused the biggest upset in WBBL Play-Off history to make the final by toppling Sevenoaks live on Sky Sports.

Edwards Lands In Defensive Team of the Year
May 4, 2021

See the full team of the year story on the WBBL website.