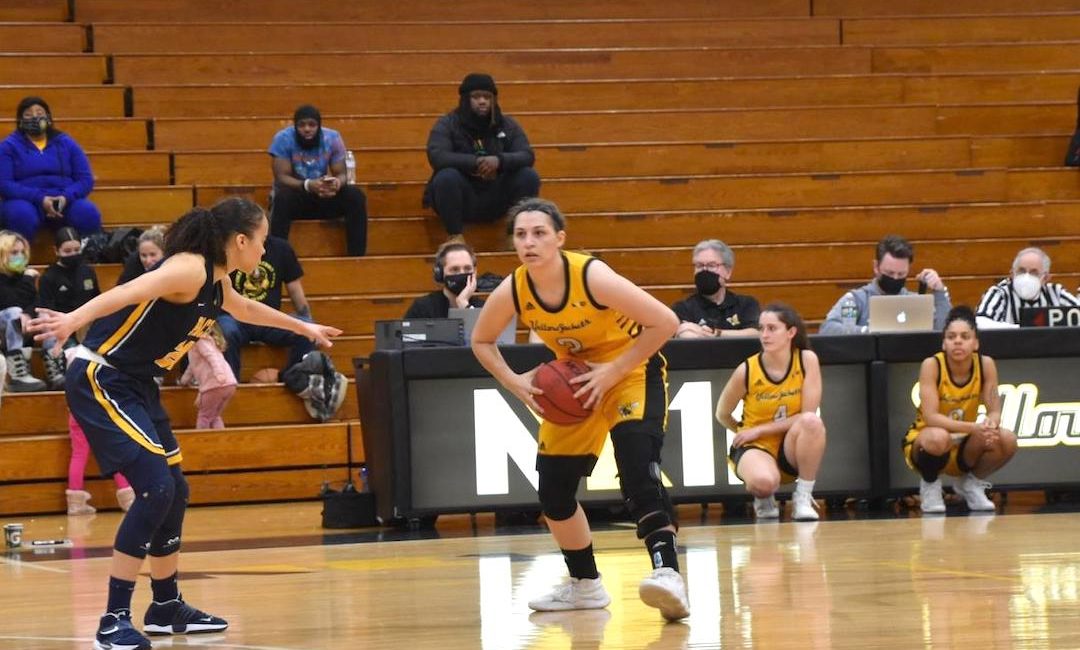 And the Essex-born guard will be reunited with former Barking Abbey team-mate Gaynor after ruling out a move to London Lions.

“Chloe is a really good friend and we enjoyed our time at Barking,” said the 23-year-old.

“Throughout the whole of last season she was talking to me and badgering me to find out what my plans were!

“So I’d say she’s the main reason I’m heading to the Eagles! She really influenced my decision in a positive way.

“I had considered the Lions (formerly Barking Abbey) because I’d always intended to return to the WBBL.

“But Newcastle looked like a great fit and I saw how much Chloe’s game and confidence progressed last season.

“She went from coming back from a serious injury to playing every single minute of every game and emerging as a leader on court.”

During her time in the US Willis emerged as a key player for Division Two college American International out of Springfield, Massachusetts.

“A couple of years back I had ACL surgery,” added Willis.

“I had the operation in February 2020 and as soon as Covid struck the progress of my recovery slowed right down.

“But I returned to play last season and we had a really good year.

“It was a slow start for me as I felt my way back but my minutes progressed and my confidence grew.

“By halfway through last season I was playing regularly again and back to normal.”

Willis will add to Cacheiro’s backcourt options and help to ease the load on tireless skipper Marina Fernandez.

The Spaniard recovered from her own serious injury to emerge as one of the WBBL’s breakout stars last season.

And Willis can’t wait to line up alongside a player who won a slew of plaudits at the business end of a challenging campaign for the women in black.

“I can bring depth to the team and I’m driven to be successful with Newcastle,” she added.

“I thought the attitude and application of the players who finished the season with Newcastle was great.

“The majority of that core group is returning and that was another important factor for me.

“Looking at that team and then speaking to coach Cacheiro helped to make up my mind.

“The style of play really suits my game and I’m not afraid to get stuck in.”

Willis is looking forward to a full pre-season as Cacheiro’s roster readies itself for a WBBL Championship opener against Chantelle Handy’s Caledonia Gladiators on September 24.

And the former GB Under 20 international can’t wait to throw herself into life on Tyneside following glowing reports from big pal Gaynor.

“You look at the Eagles Foundation and the club’s fan base and Newcastle is on a different level to so many organisations,” insisted Willis.

“The whole culture inspires younger players and I’m hoping to play a part in that.”

Willis joins her Eagles teammates in pre-season at the Vertu Motors Arena when they face Leicester Riders’ women on 16 September. Tickets for the big BBL and WBBL Friday night double-header are available now from the Newcastle Eagles Box Office.