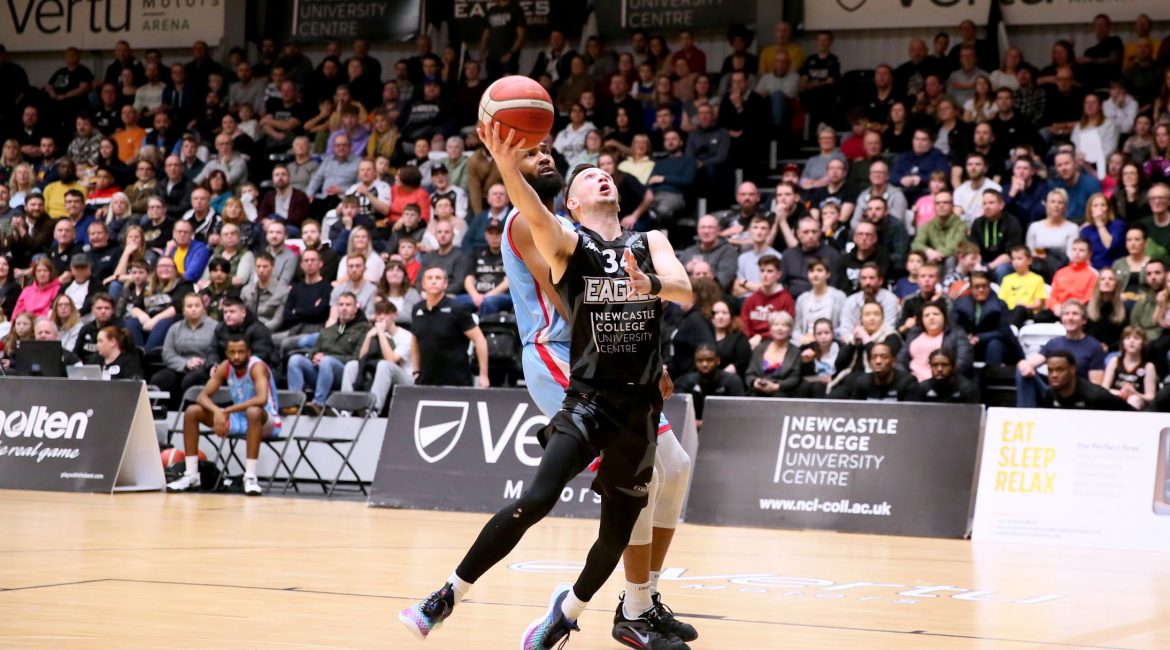 The week 15 BBL All-Star Five is led by possibly the performance of the season so far from David Cohn for our Eagles in Friday night’s win over Surrey Scorchers.

Cohn receive his a fourth place in the league’s weekly pick this season, moving joint-second in the overall chart.

Our Eagles made it three wins in four games with a key defeat of the only team below us at the packed-out Vertu Motors Arena.

The American had one of the performances of the season as he scored 31 points on 10-13 (76%) shooting and 7-7 at the free-throw line, with seven assists, four steals and four rebounds.

In a nine-minute spell over the half-time break, point guard Cohn put up 16 points and three assists in a sensational 30-4 run that proved to be decisive.