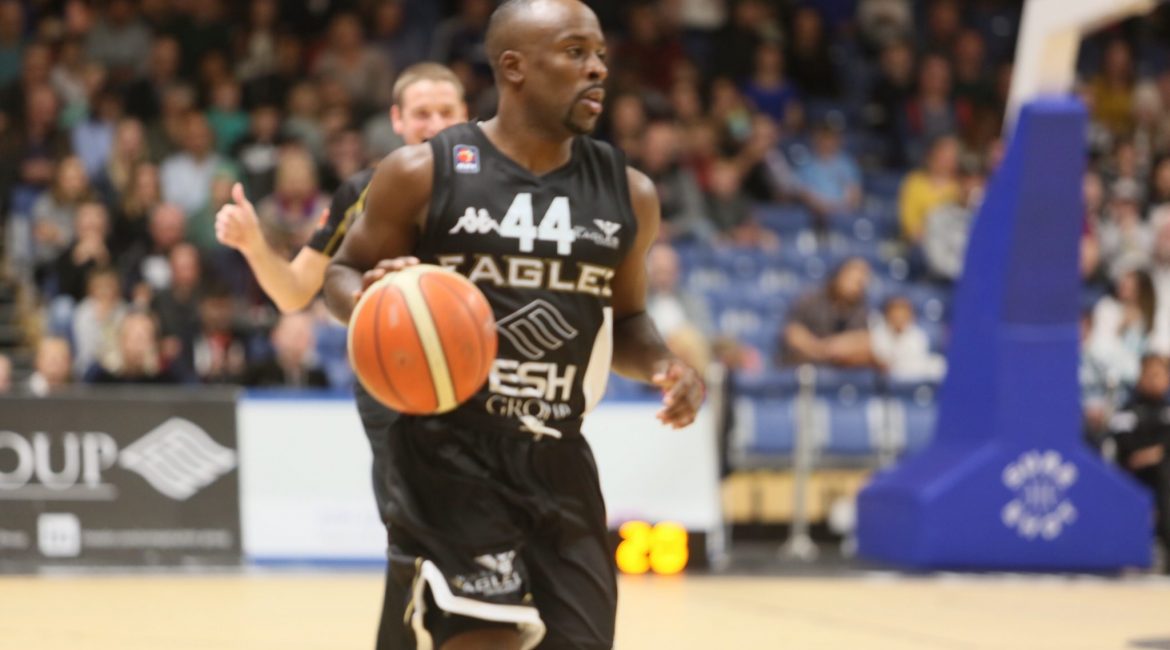 Esh Group Eagles Newcastle tipped-off their 2018/18 British Basketball League season with a hard-fought 70 – 65 win on Friday night at home against Cheshire Phoenix, writes Jeff King. It wasn’t a vintage performance from the Eagles but, as in any sporting contest, a win is a win.

Returning to the Eagles roster on Friday after a year in Slovakia, point guard and on-court general Rahmon Fletcher played a big part in Newcastle’s victory with a “double-double” of 14 points and 10 assists. He reflected on the result after the game.

“We knew it was going to be ugly. We expected that with Cheshire that’s how they are. Plus, it was our first league and the jitters were there, the nerves were there but I’m glad we pulled it out and it’s good to be back.”

Despite not being the free-flowing style of game, everyone would have loved to see, the Eagles defence which is often the key to success under Head Coach Fab Flournoy, was very solid.

Fletcher played tribute to the opposition and how they had made it difficult for his side on opening night but also how it allowed Newcastle to open out the season in winning style.

“They are really athletic and they don’t stop. They’re a typical BBL team if you look at them closely and the way that they play so I think this was a great test for us to pass at the beginning of a long season.”

“I think this was a very, very important game for us to set the tone about how we want to play offensively and defensively.”

Next up for the Eagles is a road trip away to arch-rivals Glasgow Rocks a week today. Fletcher knows the importance of that game and the need to keep things rolling.

“We’ve got a tough game coming up against our rivals Glasgow so we’ll have to step it up a bit. Games against the Rocks are always tough and very competitive. No matter what the records are and what the previous results are it’s their first home game of the season and they’re going to come ready to play.”

With over a week to that game Fletcher is aware of the importance of preparing right for the game.

Next Sunday we fly away to our old rivals the Glasgow Rocks and Eagles fans can watch the game on LiveBasketball.tv with their brand new season pass and we’ll have score updates on our social media channels. The next home game for our Eagles is Friday 5 October when the newest franchise in the BBL, the London City Royals, make their first visit to Newcastle and tickets for the game are available now.