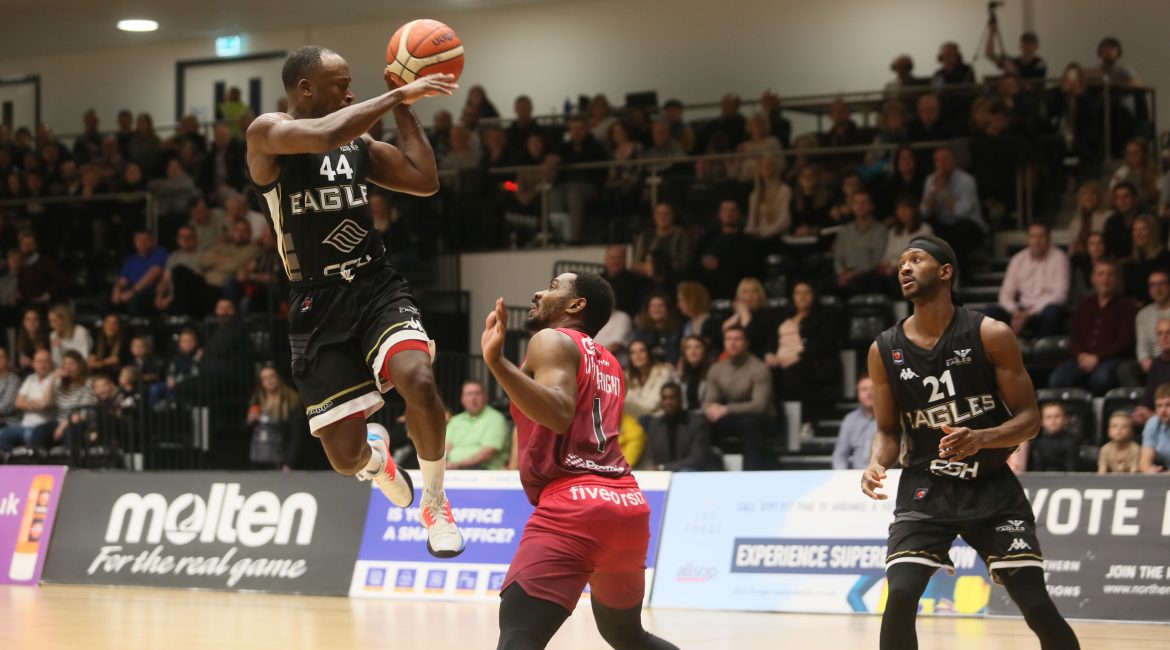 After last weekend’s home loss to Leicester Riders, Newcastle Eagles Captain and point guard Rahmon Fletcher reflected on where it went wrong for his side and what they need to do going forward.

The Eagles are still in prime position to qualify for the quarter-finals of The BBL Cup but after a third successive loss it seems that they have lost the chance for a home tie at that stage.

“It was a tough night. We knew coming in that Riders were going to be a little bit more aggressive after we went down to Leicester and beat them. But to be honest with the performance we put in after the one at Sheffield it’s progression despite the loss.”

“We had a little drought at the beginning of the third quarter and I think that’s something that we need to clean up and we’ve just got to be better. That’s two weeks in a row where the third quarter has cost us.”

“I think teams’ kind of know that too. It’s more of we are winning going in to the second half so the opposition’s not going to lay down and they’re going to step it up ten times. So, we need to step it up eleven times to go above them.”

“I think we’re doing what we’ve done in the first half but that teams are just coming out that bit more aggressive at us and what we’ve got to do is stick to our guns and what we do best.”

Fletcher is key to the Eagles success being the on-court general and he’s looking for ways to reverse the current trend and get his side back on track and to winning ways.

“There are times when we all kind of get into ourselves and I’m guilty of that myself. It’s part of basketball, it’s part of coming back from two losses in a row and everyone wanting to make a difference.”

“It’s something that we’ve got to get back too, doing what we normally do and playing our game. We have to stick to an aggressive mind-set and we have to recognise when it’s our time to score as well.”

There’s no doubting at all that there is real talent in this season’s roster at Newcastle but for various reasons it hasn’t quite gelled and some of those reasons are beyond the control of the club and the team.

But with two games left in the group both against Manchester who are propping up the others at the bottom, this may be a perfect time for the Eagles to turn things around.

“Yes, it’s Manchester and their record is their record but we’ve also lost three games in a row so we can’t look past anyone right now. Luckily we don’t play the first game until Sunday at their place.”

“We want to get to those quarter-finals and then get them out of the way so we can focus on the league. But no matter if we have a home game or a road game we’ve got to come out and compete regardless.”

“We’re one in three at home right now so we haven’t established a home advantage but we just need to work that little bit harder.”

The game at Manchester tips-off at 5:00pm on Sunday and Fletcher’s hope is that the work the team put in this week in practice to iron out their wrinkles will bring a much-needed win.