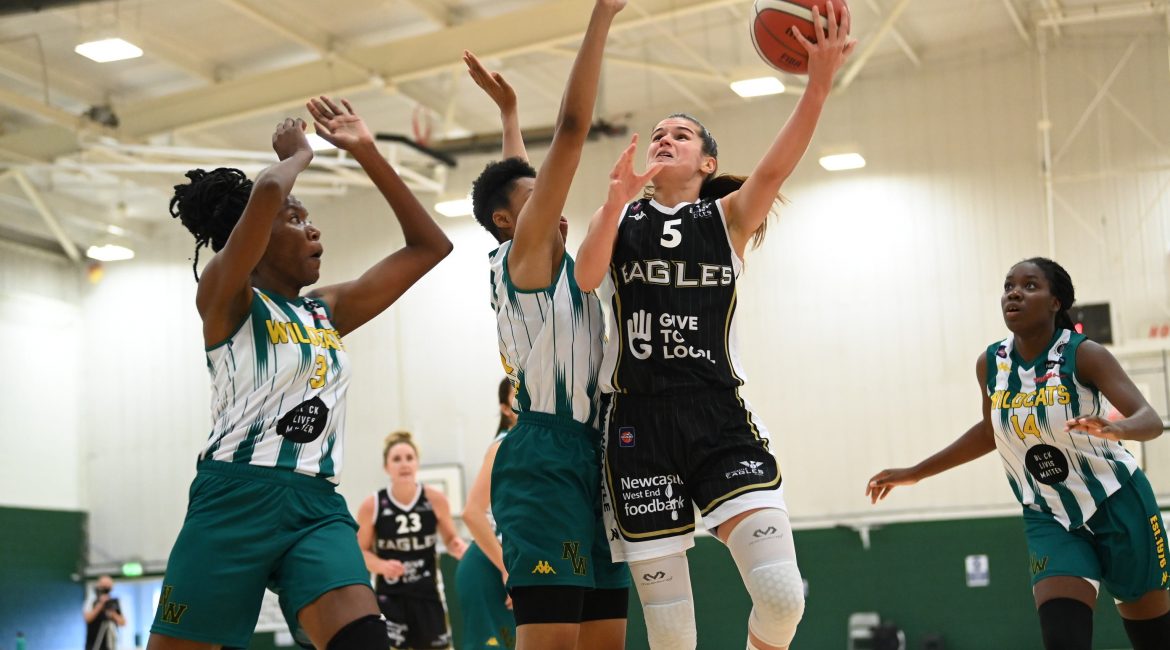 Marina Fernandez hopes Spanish eyes will be smiling on a long-awaited WBBL return as the Barcelona-based forward prepares to put her injury nightmare to bed.

And after just one appearance in a black and white vest a frustrated Fernandez was forced to return home and face career-saving surgery.

But Newcastle head coach Chris Bunten was determined to re-sign a player rumoured to be in contention for the captain’s armband.

And Fernandez said: “I’m coming back to make sure we get the whole job done!

“I watched every game last season — often from my bed — and saw my team-mates overcome adversity to show what they’re made of.

“Nobody expected Newcastle would make the playoffs let alone the final. They lost the last game to London but this season we can go one better.

“The Eagles showed they are capable of competing with anyone and I can’t wait to play my part.”

Bunten lost his Spanish star and Sarah Birkett to serious injuries within a week and an unsettled roster suffered a series of further blows throughout the season.

But Fernandez is finally edging her way towards full fitness and will arrive on Tyneside later this month determined to overcome the most challenging of years.

“Snapping my Achilles was tough but to suffer an injury like that during a pandemic made things even tougher,” she added.

“I decided it was better to go home to Barcelona for the operation where I could be looked after by my family.

“But I’d had two months in Newcastle by then and I already missed the Eagles, my team-mates and the city.

“I’ve been counting the days to my return. I felt so frustrated that I couldn’t be a part of last season.

“I couldn’t be there when my team-mates needed me the most — when they were really struggling at the start of the season and there were so few fit and available players.

“It was a strange experience but it gave me the motivation to come back and come back stronger.

“These things happen in sport. It’s been a long road back but I can run, jump and do just about anything again now. It’s all about building up my match fitness between now and the start of the season.”

Bunten became a big fan of Fernandez in the short time the two worked together last year.

And the Newcastle playcaller feels she can be a positive influence on a group of players rich in potential but short on sustained success.

“Marina is a leader on and off the court and I can’t wait to start working with her again,” he added.

“I love her attitude, her positivity and her professionalism. It’s been an incredibly difficult year for her but I always knew she’d be back.

“I’m building a team of players who have a point to prove and who’ve faced a few setbacks in their careers. Marina has already shown that nothing fazes her.”

Fernandez will be pushing for a starting five spot ahead of Newcastle’s BBL Cup opener next month.

And she added: “I’m super pumped to be playing for the Eagles again. Even after we lost that first game last season and I was in so much pain I felt we were starting to build something.

“I feel exactly the same now.”

Season tickets to see Marina and her Eagles teammates in action at the Vertu Motors Arena in the forthcoming WBBL season are available on our box office.