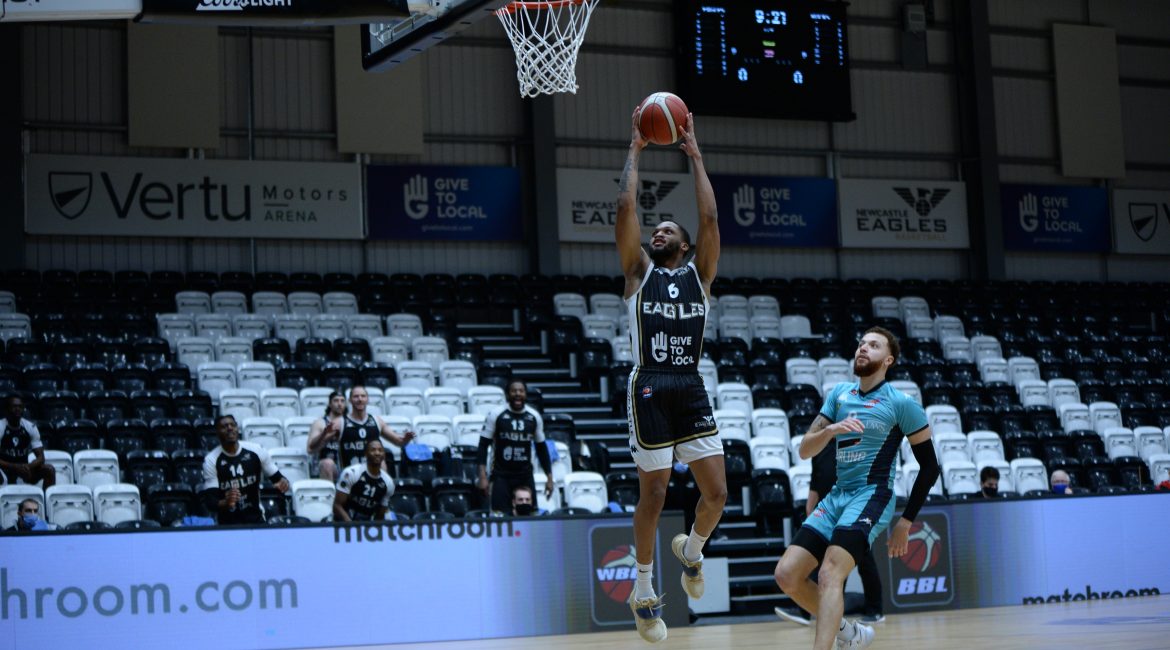 We’re into the final month of the BBL Championship regular season and the Week 21 All-Star Five features yet another starting spot for our Eagles own Cortez Edwards, who is now just one appearance short of London Lions’ DeAndre Liggins in the race for most places in the league’s weekly pick of the players.

Our Newcastle made it three straight wins live on Sky Sports on Friday night, beating Glasgow Rocks behind another big performance from Cortez Edwards as he makes his eighth All-Star Five appearance of the campaign.

Edwards stuffed the stat sheet once more with a game-high 25 points, alongside eight rebounds, six steals and five assists.

Our number six scored 12 points in just under four third quarter minutes as the team established a double-figure lead that we would hold to the end.