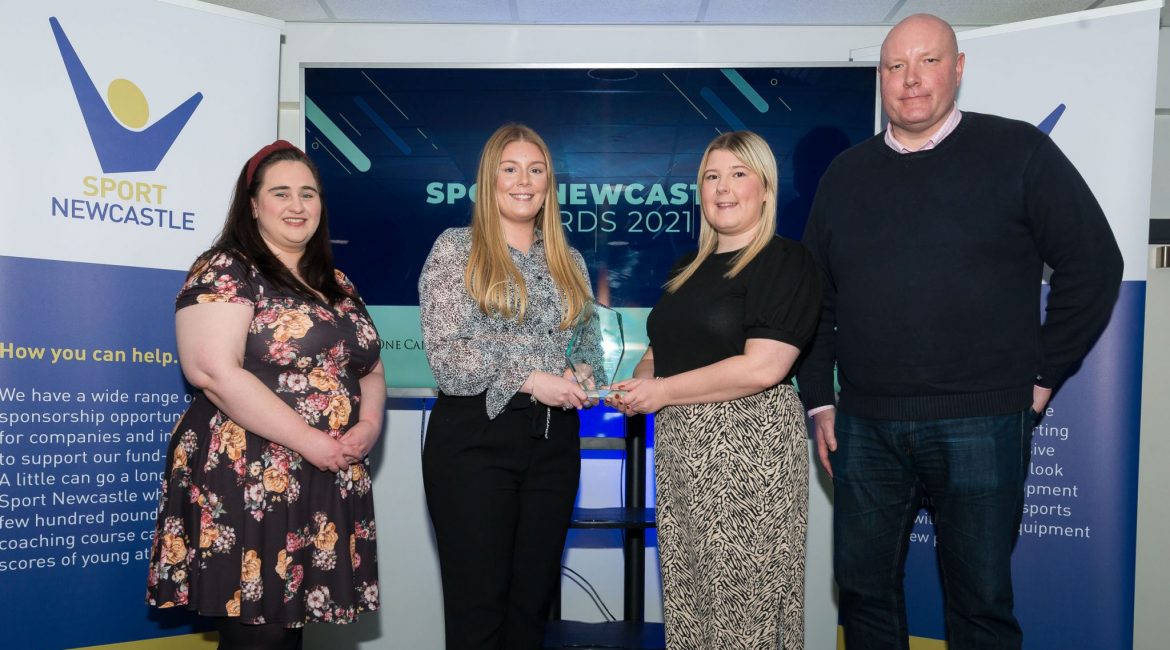 It was a night to remember for Newcastle Eagles as British basketball’s most successful franchise dominated the North East’s biggest sports awards.

And on a star-studded night at the Vertu Motors Arena, the Eagles claimed three of the night’s biggest prizes following another fantastic year on and off the court.

Chris Bunten, head coach of Newcastle Eagles’ WBBL, was handed the Sport Newcastle Coaching Award in recognition of his long-term commitment to women’s hoops in the city.

And the Eagles Wings Team was named among 2021’s Unsung Heroes as our fans turned volunteers proved themselves time and time again in the face of an unforgiving global pandemic.

“I think everyone knows just how challenging this last 18 months has been but across the board our players, coaches, staff and volunteers have risen to the challenge time and time again,” said Newcastle Eagles’ managing director, Paul Blake.

“I’m extremely proud to work alongside these amazing people day in, day out and they’re a credit to Newcastle Eagles and the Eagle Community Foundation.” 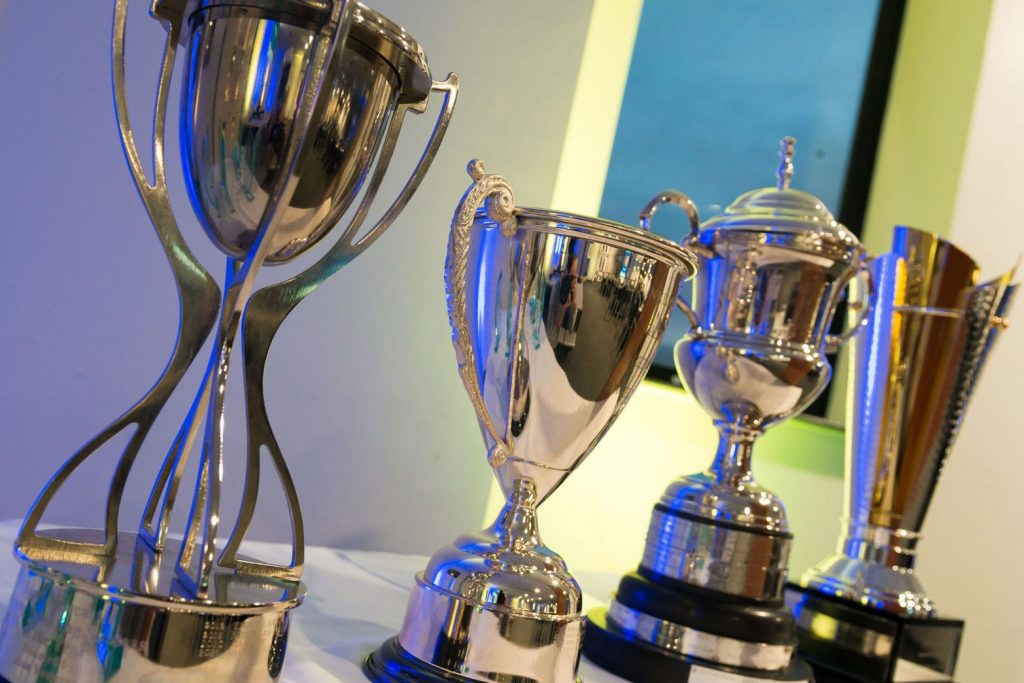 Defoe, who joined the club as a teenager in 2004, has won 27 national titles in 18 successive seasons in a black and white vest.

And he was awarded the biggest prize in Newcastle sport after adding another trophy double to his hugely impressive tally last season.

“He is the bedrock this team and club is built on and everything you would want from a professional.”

Bunten has been coaching the best female basketball players in the North East for close to a decade.

And last season he returned to the WBBL Playoff final for the first time since 2016 as the Eagles’ WBBL side shocked the world of basketball.

Newcastle became the first seventh-placed side in the league’s history to knock off the top two teams in the post-season.

And the club’s fairytale trip to the Playoff final made headlines across the globe.

But Bunten’s Sport Newcastle Coaching Award recognises a longstanding determination to raise the standard and profile of women’s basketball across Tyneside and a commitment to developing players of all ages and abilities.

During the last 18 months the Eagles Wings Team ensured the Vertu Motors Arena operated seamlessly as a Covid-safe home for elite basketball and as a vital base for the NHS.

The unwavering commitment of a dedicated army of volunteers meant our venue was transformed on a weekly basis from the home of BBL and WBBL basketball to a busy vaccination centre.

The VMA also became a distribution base for kids’ activity packs and free school meals.

And in identifying the Wings Team as worthy recipients of a 2021 Unsung Heroes award, Sport Newcastle hailed the team-work and passion at the heart of a community-driven collective.