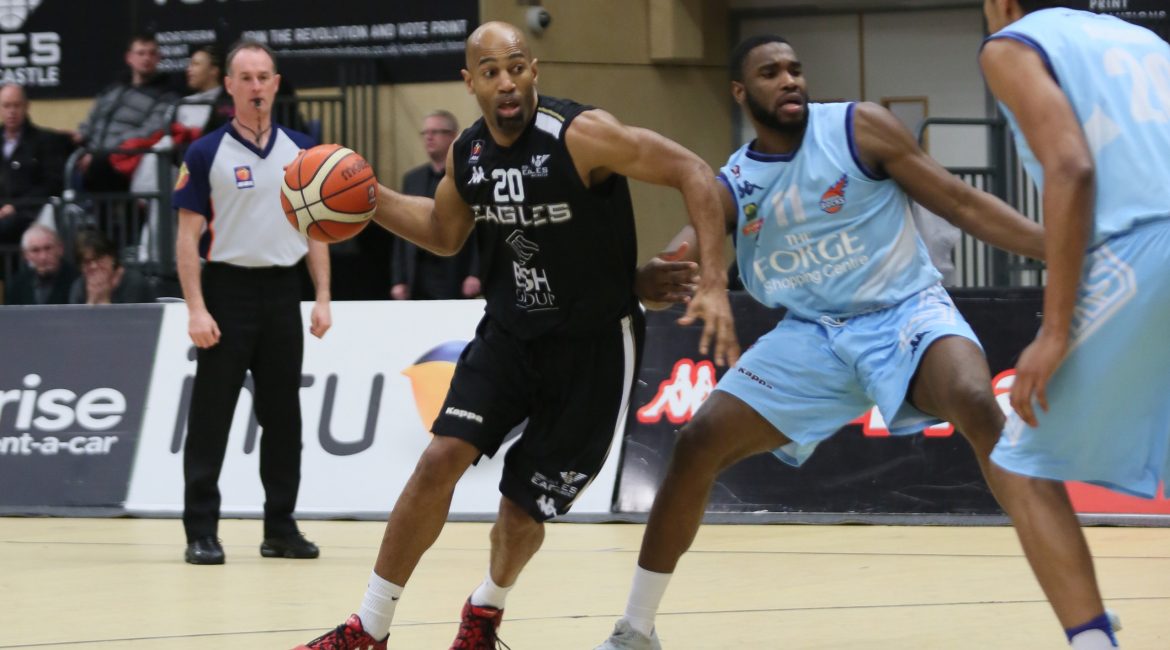 The all new exciting Esh Group Eagles Newcastle will be unveiled on court for the first time this season when they take on annual visitors Team USA Select on Friday 8th September. The game will be held on the North Court at Sport Central with a 7:30pm tip-off.

The Team USA Select side is always made up of talented individuals who have all come together in a search for a professional contract and therefore will play hard to impress watching scouts.

The Eagles then follow this game up with back-to-back fixtures the following weekend at Benfield Sports Centre. On Saturday 16th September at 3:00pm, they face Glasgow Rocks in what should be a cracker of a game.

Rocks this season are coached by former Eagles play-caller Tony Garbelotto and have so far announced a quartet of home-grown Scots in GB Captain Kieron Achara, Gareth Murray, Johnny Bunyan and Ali Fraser. It should be a great match-up for both clubs.

Then less than 48 hours at the same Benfield venue, Marc Steutel’s Team Northumbria will provide the opposition for Fab Flournoy and his new-look outfit. Team Northumbria were last season’s regular League Champions in Division One and as a result will play in The BBL Trophy this season.

They will be keen to test themselves against BBL opposition in lieu of their entry to The Trophy and this match tips off at 1:30pm on Sunday 17th September.

TICKETS ARE ON SALE NOW!

Tickets for all games are available to buy online or by contacting The Eagles Office direct on 0191 2453880 and fans should look to obtain them as soon as possible as numbers at both venues are limited.