Eagles Pull Out the Stops to Bring in Defares 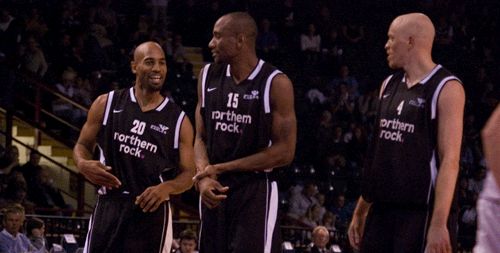 Newcastle Eagles are locked in a race against time to get new signing Bryan Defares into the country ahead of Friday’s BBL Trophy clash with Scottish Rocks. Having tied up the deal and registration for the guard late on Friday, the club is now hoping to be able to welcome the Dutchman into the fold on Wednesday or Thursday of this week.

Ideally, that would give him around 48 hours with his new team-mates before the Rocks game at the Arena, although if Fab Flournoy feels this game might come too soon for his new recruit, the Eagles also travel to Worcester on Saturday to face the Wolves.

The arrangements are slightly more difficult, with Defares being currently based in the American city of Boise, Idaho, rather than Europe. However, this should only delay his arrival slightly with arrangements currently being made to speed up the process.

Defares has an impressive career profile despite still being relatively young in basketball terms at 26, and it will be intriguing to see how he affects the chemistry of the side. This is particularly relevant, taking into account the tight-knit bond that has been the apparent driving force behind some spirited wins of late, notably against Everton and the Scottish Rocks in the BBL semi-finals.

After getting in touch with some of Defares’ former coaches, Flournoy and Paul Blake are confident that they have landed a real team player and somebody that is a hard worker, and that would suit Flournoy down to the ground.

For while the New Yorker has delivered trophies in recent years, on the flip-side there has also been a history of new players not always settling at the club and failing to fit into his unwavering defensive work ethic.

Defares fits the bill on paper, and the rest will be down to the player and Flournoy to establish a winning relationship. Indeed, Defares will be pitched almost straight into a cup final, with the clash against Milton Keynes Lions at the NEC now less than a fortnight away.

Last Friday’s Trophy win at Everton has given a huge boost to Flournoy, not only in terms of picking up another fine win, but also because shooting guard Jeremy Hyatt has not suffered any adverse reaction after his surprise comeback from injury.

While the guard still needs to rest between games, which isn’t ideal, the player-coach wasn’t banking on having his shooting star available for the next few games. And should everything go to plan with Defares, Flournoy will once again have an impressive array of talent to choose from.