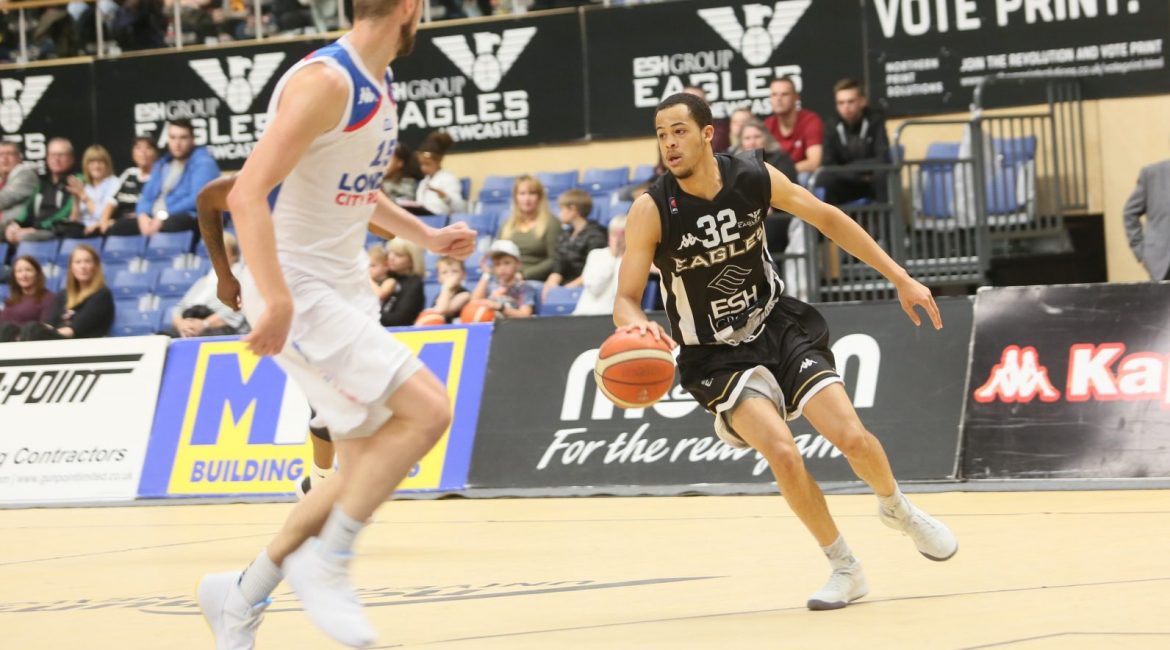 Yesterday afternoon the Eagles found out their reward for Saturday night’s stunning road victory in the BBL Cup Quarter-Final at Leicester when they were paired with London Lions in the semi-final draw.

That will be a blockbuster of a tie when it comes around in early December when it pits the current BBL League leaders against Fab Flournoy’s in-form Eagles roster in a two-legged affair.

It is somewhat ironic in the week of the draw then that this coming weekend sees Newcastle fly in to the Capital to take on the very same Lions on Friday night.

That semi-final dress rehearsal will be followed 24-hours later by a second London away night for the Eagles, when they face London City Royals for the second time this season. In their last encounter at home back in October the Eagles beat the Royals 110 – 60.

This weekend will be the third one where Flournoy and his players have had to play two games back-to-back within 24 hours. The first was a double-loss, but last weekend they went 2 – 0 with a Championship win at home to Cheshire just before the stunning victory over Leicester.

This time both games are on the road meaning the bulk of the long travel will be done on Friday before the match-up against Lions. The team will stay in London after that game and then travel to Crystal Palace to take on The Royals on the Saturday.

Newcastle are faced with a similar dilemma to that which they faced last week in that they have to prepare for two games, but still approach each one as they come. The focus will be initially on Lions and how they can combat a side that leads the BBL at present before they turn their attention to the Royals.

The Eagles should though travel to the Capital in great heart and with confidence high after the double-delight of victory against Cheshire and Leicester. The Cheshire game was a classic and went right down to the wire before Newcastle edged home 96 – 94.

That win saw rookie professional Kyle Williams netting a career-high 26 points as the shooting guard lead his team to the narrow victory well supported by power forward Victor Moses. Less than a day later it was Moses with 28 points that lead the way, this time with Williams being his main support with 21.

Superb performances from the two Eagles that earned them both a spot in this week’s BBL Team of the Week. For Moses it was a league-leading 4th appearance in the representative side this season, whilst Williams performances earned him his first spot in such illustrious company.

One thing that will please Flournoy and his coaching staff was the way two of their highly-sought and captured prize recruits responded over last weekend to help the Eagles stay in contention in the league standings, as well as progress in The Cup.

All at the country’s most successful basketball franchise will be hoping for more of the same this weekend, which is yet another huge one in what is turning in to an intriguing and exciting season for Newcastle.