Eagles Look For Strength In Depth With Thomson

Newcastle Eagles/News/Eagles Look For Strength In Depth With Thomson 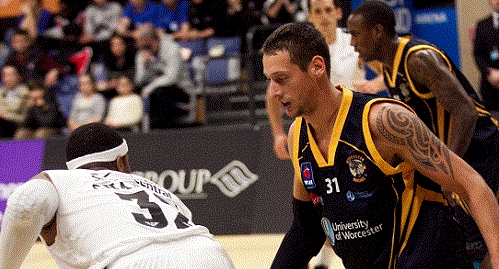 The Eagles have swooped to sign Stuart Thomson, brother of ex-Eagles forward Andy Thomson. The 6’6” guard brings some much needed strength off the bench to the Eagles, following spells at Worcester Wolves, Manchester Giants and Cheshire Phoenix. Thomson averaged 9.6 points per game and an impressive 43.2% from 3 point range in his last spell with Cheshire.

Coach Fab Flournoy stated: ‘We got to know Stu well last year via his brother Andy and the fact that he seemed to be on every team that gave us a hard time up at Sport Central. This included the Cheshire team that got one over on us. Stu has wing athleticism, solid perimeter defence and he can shoot the ball. We are looking forward to working with him greatly’.

Thomson is relishing the chance to build his role at the Eagles; ‘ I have been up in Newcastle a lot over the last twelve months and have a good feel for the place via family members and getting to know the coaching team. I’m looking forward to taking the next step forward in my career with a team with such a great history’.

The Eagles will be making the next roster announcements in the ensuing days as they work toward a pre-season camp commencing September 2nd 2013.