Eagles line up a Prince Return 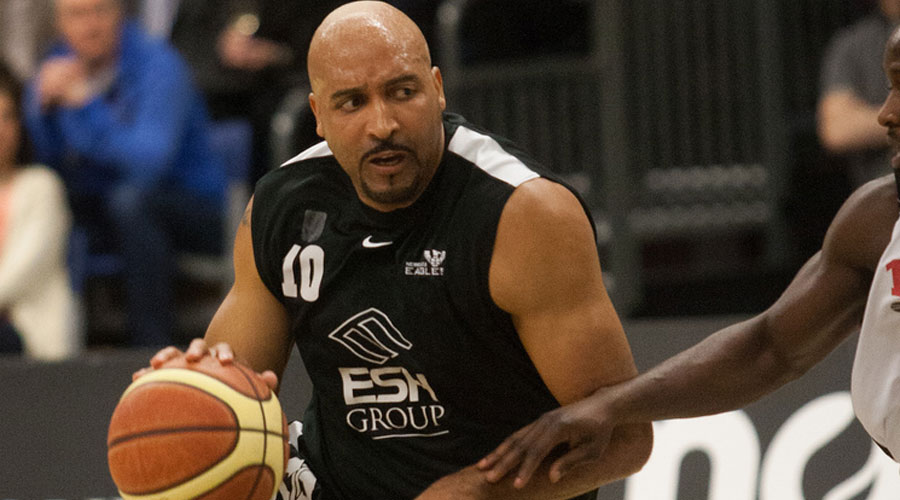 Eagles are poised to strike a deal to bring back former fans’ favourite “Prince” Charles Smith for a fourth spell on Tyneside. Club bosses moved quickly after they found out that Smith, who played in Spain last season after quitting the Eagles, is keen for a move back to the North East.

The Evening Chronicle can reveal that the swashbuckling Smith has been locked in talks with Fab Flournoy and is on the verge of signing. Smith was an integral part of the 2005/06 side that cleaned the board domestically by scooping all four BBL trophies and has a great relationship with Eagles fans after a lengthy list of inspirational and memorable performances down the years.

Certainly those supporters disappointed by the departure of TJ Walker and anxiously awaiting news on another veteran in Tony Dorsey will be heartened at the possibility of the free-scoring Smith back in his No 10 vest. Smith not only has experience and knowledge of Flournoy’s system but offers prolific offensive power, both inside and out, with a real knack of producing match-winning performances when it matters.

It was a surprise to the Eagles hierarchy when Smith quit the club last summer for Spanish outfit Caja Rioja, particularly as he had returned to Tyneside from the Glasgow-based Scottish Rocks earlier that season citing home-sickness. His experience in northern Spain was moderately successful, with the LEB division two side making the play-offs but just missing out on promotion and the player himself improving after taking some time to adjust. Smith made numerous fleeting trips home to the North East to see his family while with the Spanish outfit last year and always took the opportunity to check out his former club.

He sat courtside for a number of games and was always given a warm reception by Eagles fans who won’t be complaining if he is back treading the boards when the season tips off in mid-September. The only stumbling block could be that, as well as his family circumstances and affinity with the club, Smith had been excited by the prospect of being reunited with TJ Walker, someone he was particularly close to. With Walker having decided to make the move into a player-coaching role with Cheshire Jets, there could be some mileage in Walker trying to persuade Smith to complete their BBL reunion – only in the North West instead.

Managing director Paul Blake and Flournoy will make their move for Smith this week and will hope to get a verbal commitment from the player to return while their negotiations with the agent of Great Britain star Richard Midgley are continuing. Despite certain people within the British game scoffing at the prospect of the talented point guard ever making it to Tyneside, the Chronicle can reveal that both parties are still talking and that Midgley hasn’t yet ruled out putting pen to paper and completing what would potentially rank as a sensational coup.